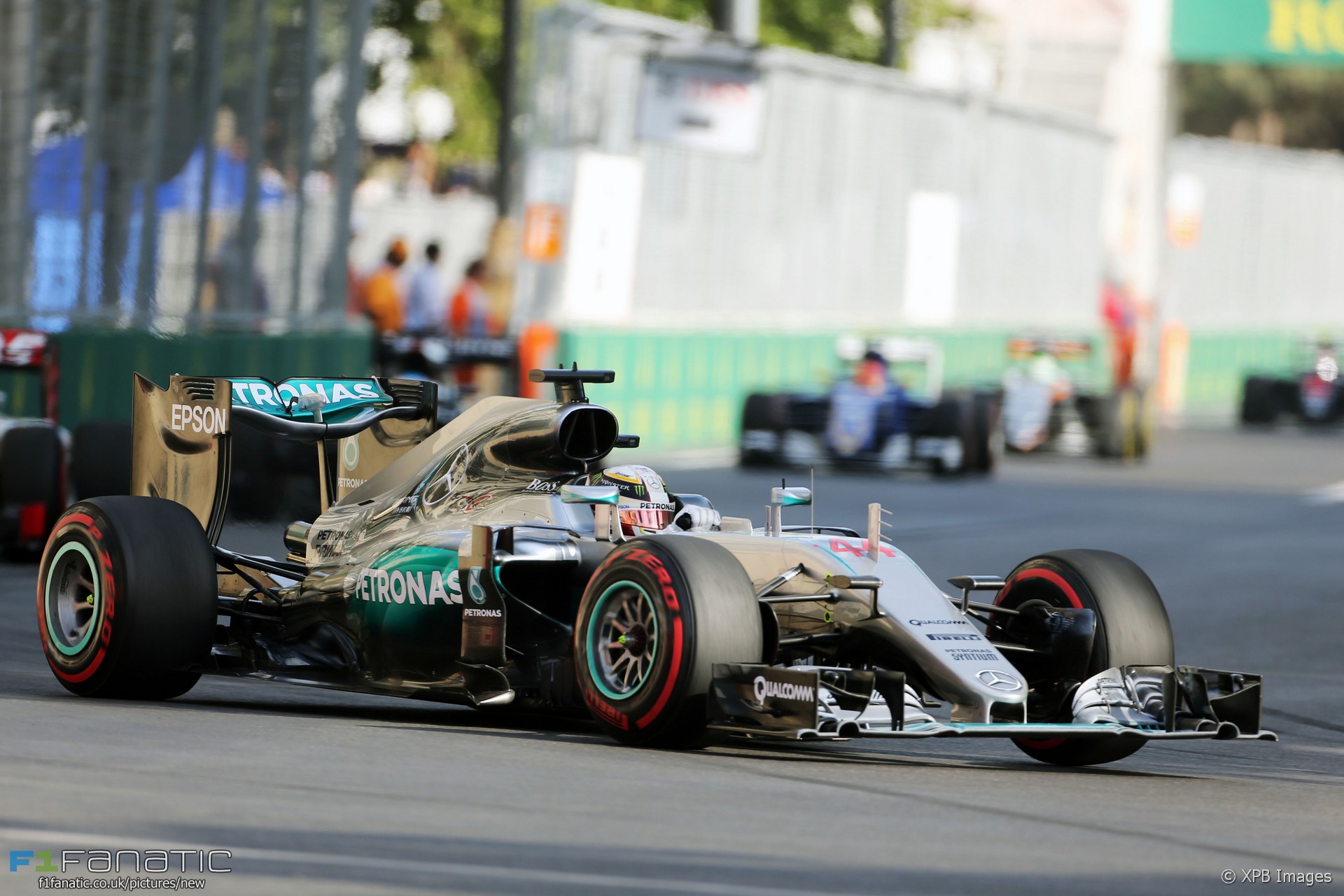 Sergio Perez qualified a remarkable second on the grid for Force India in Baku. But instead of taking a well-earned place on the front row he lined up seventh due to a gearbox change penalty.

Kimi Raikkonen surrendered third place to Perez on the final lap. He was never going to keep the place anyway, as he’d been given a five-second time penalty for crossing the wrong line on the circuit.

A poor run in qualifying left Lewis Hamilton needing to fight his way back to the front in the race. But his charge was halted because his team weren’t allowed to tell him how to switch his engine to the correct setting.

After the European Grand Prix you would be forgiven for thinking the regulations were getting in the way of the competition.

There may be a perfectly reasonable justification for every F1 rule in the book. But is the sheer number of them making the sport harder to follow and compromising the action? Last year over 100 driver penalties were issued – a record, and a near-doubling in just three years.

More penalties are being handed down because there are more rules to break. Taken together, the Formula One Sporting and Technical regulations have almost doubled in length during the last decade:

Keep in mind these are just the two most significant documents of F1 governance. The International Sporting Code and assorted technical directives are also used to police a championship where everything is regulated from who is allowed to compete to how many times they can change their helmet design.

How has the sport become so complicated?

There are three main reasons new rules are added to the rule book: costs, safety and ‘the show’. Each of which can explain one of the Baku penalties mentioned above.

Gearbox change penalties like Perez’s exist in order to keep costs under control. If teams were allowed to, some would fit a new gearbox at every race in pursuit of a few thousandths of a second, burning through 42 a year. Limiting them to one per six races means they may use as few as eight.

Raikkonen was penalised for cutting the pit lane entry line. This rule was put in place as a safety measure to prevent a Patrese/Berger-style crash at the very high-speed approach to the pit lane entrance.

Hamilton’s penalty comes from the well-worn box marked ‘improving the show’. In response to claims drivers were being given too much assistance driving their cars a wide-ranging clamp-down on radio communications was introduced this year.

Rightly or wrongly, these three reasons explain much of the increase in complexity of F1. And it doesn’t look like changing any time soon.

This year F1’s tyre regulations gained a new degree of complexity in the hopes of improving the show. Early signs are encouraging but we may have to wait a few more races before proclaiming them a success.

A complicated new qualifying system was widely considered a failure and dumped after two races. But discussions continue regarding further changes to this section of the rule book for 2017 in the name of ‘improving the show’

Already agreed for 2017 is a huge new section of the sporting regulations which adds around 5,000 words to this document. The bulk of it is accounted for by its attempt to both force an engine manufacturer to supply a team with engines if needed, and to do so at a restricted price – again, for reasons of cost control.

Motorsport is a complicated activity and the particularly intense and expensive nature of F1 competition is always going to amplify that. But the ballooning rule book should give us pause for thought.

Perhaps it’s time to consider if there are more constructive approaches to F1’s problems than constantly writing new rules. And whether the sport could instead be improved by getting rid of some of them.

63 comments on “How F1’s rules became so over-complicated”