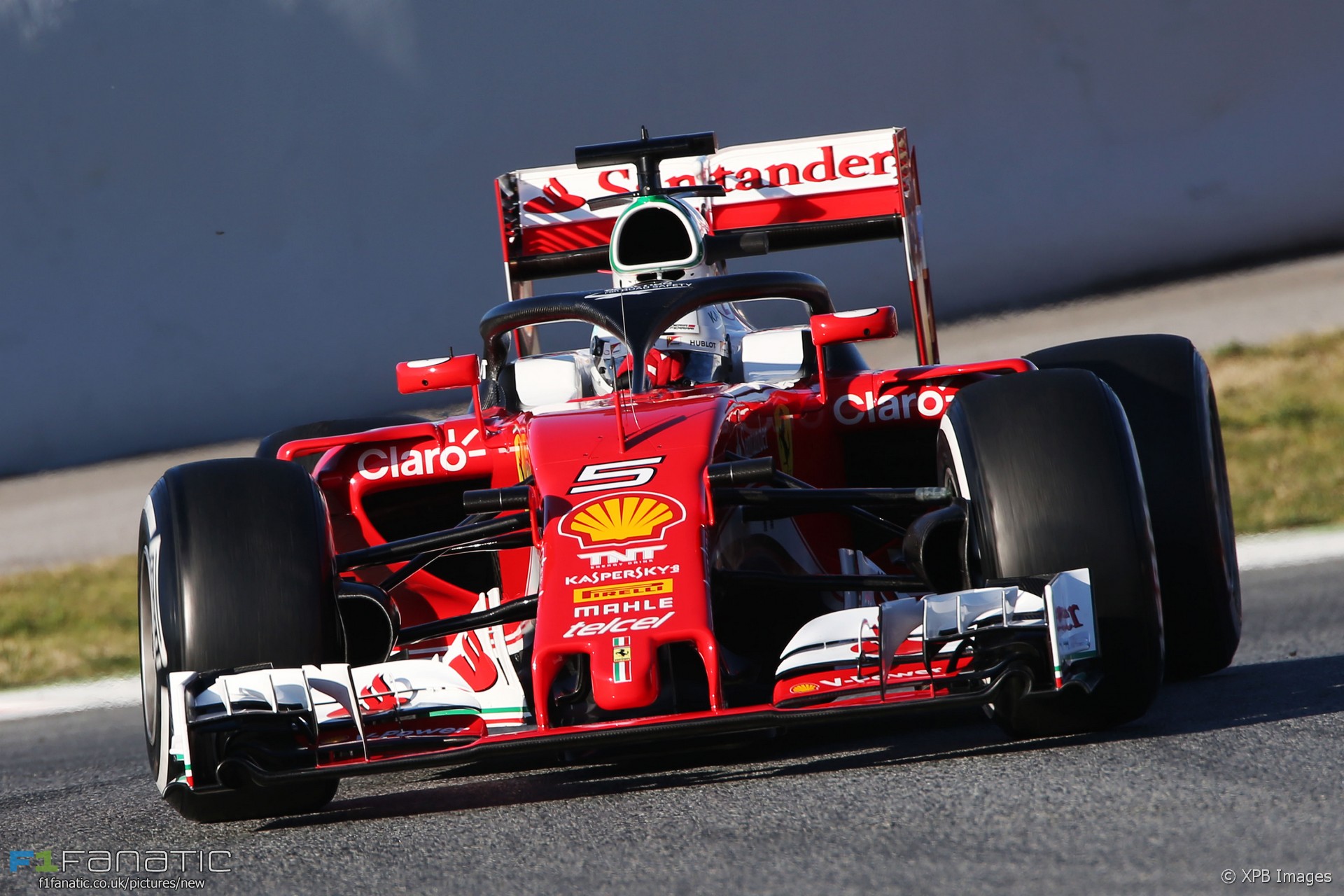 In the round-up: Ferrari will test a revised version of the Halo head protection system tomorrow.

"Ferrari has confirmed that the Halo 2 will be fitted to one of its cars on Friday, although at the moment the programme is simply to do some static tests with it in the pit lane."

"Kimi’s time with Ferrari will depend on his performance. He has to show he deserves to stay here, other wise I think he won’t want to continue here as well."

"I am with Red Bull for a couple of years beyond this one. That’s done."

Palmer can prove himself against Magnussen (Autosport)

"He's getting his head around how to manage tyres, look after his switches, so he's getting there."

"Beleaguered businessman Vijay Mallya may be declared a proclaimed offender if he does not present himself before a PMLA court here by July 27 in connection with a case of alleged loan fraud."

"Unfortunately, rather than putting in the effort of actually integrating the halo with the car, the structure had clearly been pinched from Ferrari (they tested it pre-season) and quite literally been stuck to an old monocoque."

"I will not be rushed and will not only have an eye for the quick results, instead I will be working on myself constantly and focused."

"In my view, Ferrari's choice seems to come down to Sainz or Perez."

'Formula Desperate' this is supposedly a quote from me about young drivers in F1 but it's total rubbish, I never said that. I personally..

Feel the young talent in F1 have done an incredible job at such a young age. Some journalists do not deserve to be journalists if they take.

So many comments out of context or even change the words around to suit there article..

See you on track bud 😉 https://t.co/HODtUAXoe0

How will the new surface at the Red Bull Ring affect this weekend’s race?

When I spoke to GP3 driver Kevin Joerg a few weeks ago, he had just had a test at the Red Bull Ring. According to him, they new asphalt made it very difficult to warm up the tyres and get them in the optimal temperature.

They only have soft tyres available in GP3, so the super soft and ultra soft may not be as much of a problem to get up to temperature, but still, it could be a factor for qualifying and the race, especially for the supporting races.
@Rigi

Damon Hill took his sixth win from the first nine races of 1996 on this day 20 years ago at Magny-Cours in France. Team mate Jacques Villeneuve followed him home pursued by the two Benettons which mean Renault-powered cars locked out the top four places in their home event.