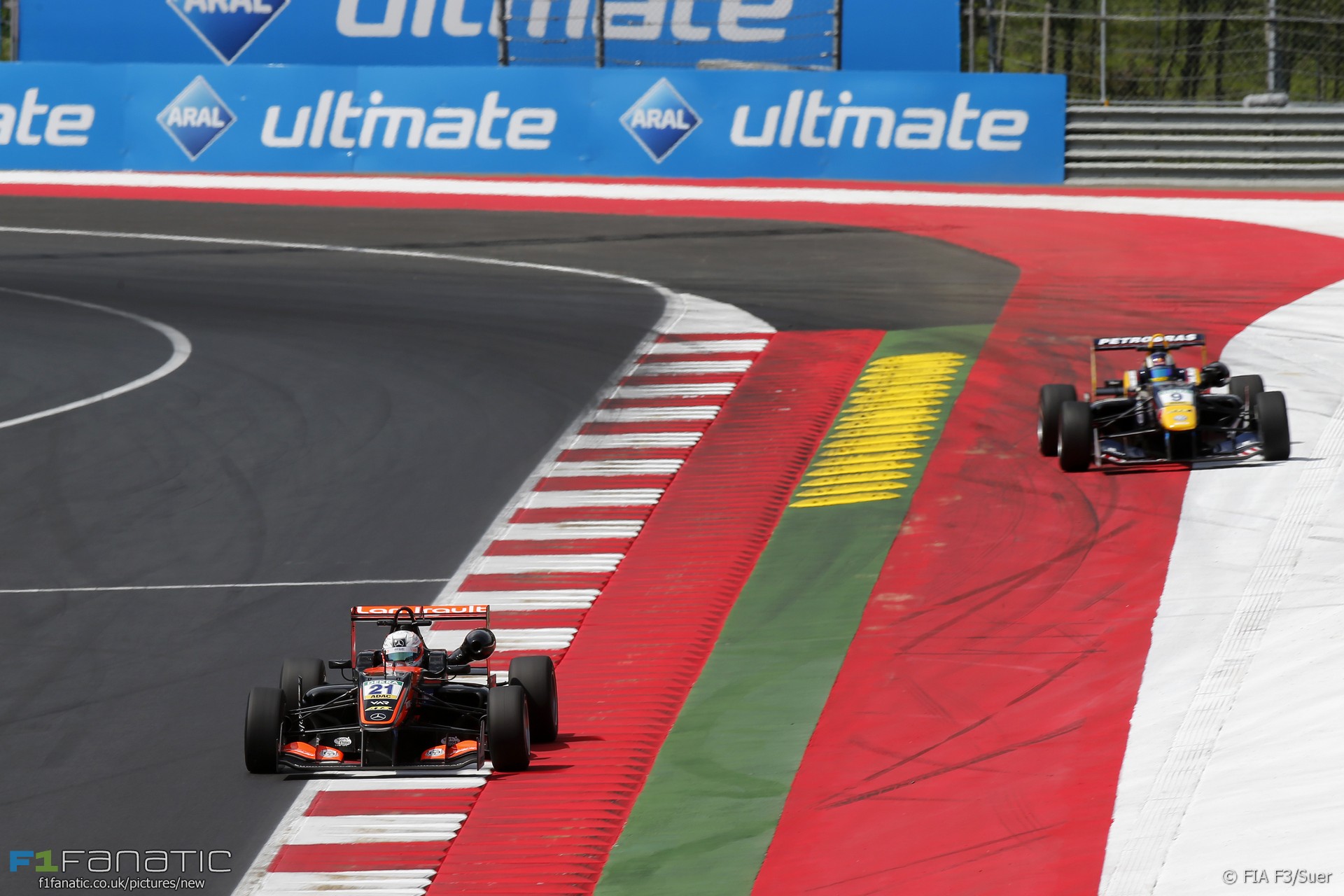 New kerbs have been added at every significant corner on the Red Bull Ring in a bid to reduce corner-cutting by drivers during this year’s race.

However the changes did little to reduce the number of penalties issued for track limits abuses during the recent European Formula Three races at the home of the Austrian Grand Prix.

The changes have come following a complete resurfacing of the track and pit lane at the Austrian venue.

The entry to turns one, two, three five and eight now feature 25mm negative kerbs. High 100mm kerbs, the same as those used at turn nine at the Circuit of the Americas, have been added at the apexes of corners one, two and nine.

The exit of several corners also feature new kerbs to discourage drivers from running excessive wide. Turns one and two have a combination of 25mm negative kerbs followed by 50mm high ‘sausage’ kerbs, separated by a 60cm gap.

The final five corners on the track all have 50mm negative double kerbs at the exit, of the type used at turn nine on the Circuit de Catalunya. Turn three has also has a new 25mm negative kerb at its exits.

The run-off areas have had attention to, with more space provided at turns one, two and eight.

During the 2014 Austrian Grand Prix weekend half the F1 field had lap times deleted during qualifying for running wide at turn eight.

However during the three-race European F3 weekend last month track limits remained a major cause for concern. Joel Eriksson was stripped of pole position for one race after having his two fastest times disallowed for running wide.

Other drivers were given post-race penalties for further track limits violations in each of the three races including Callum Ilott who lost a podium finish.