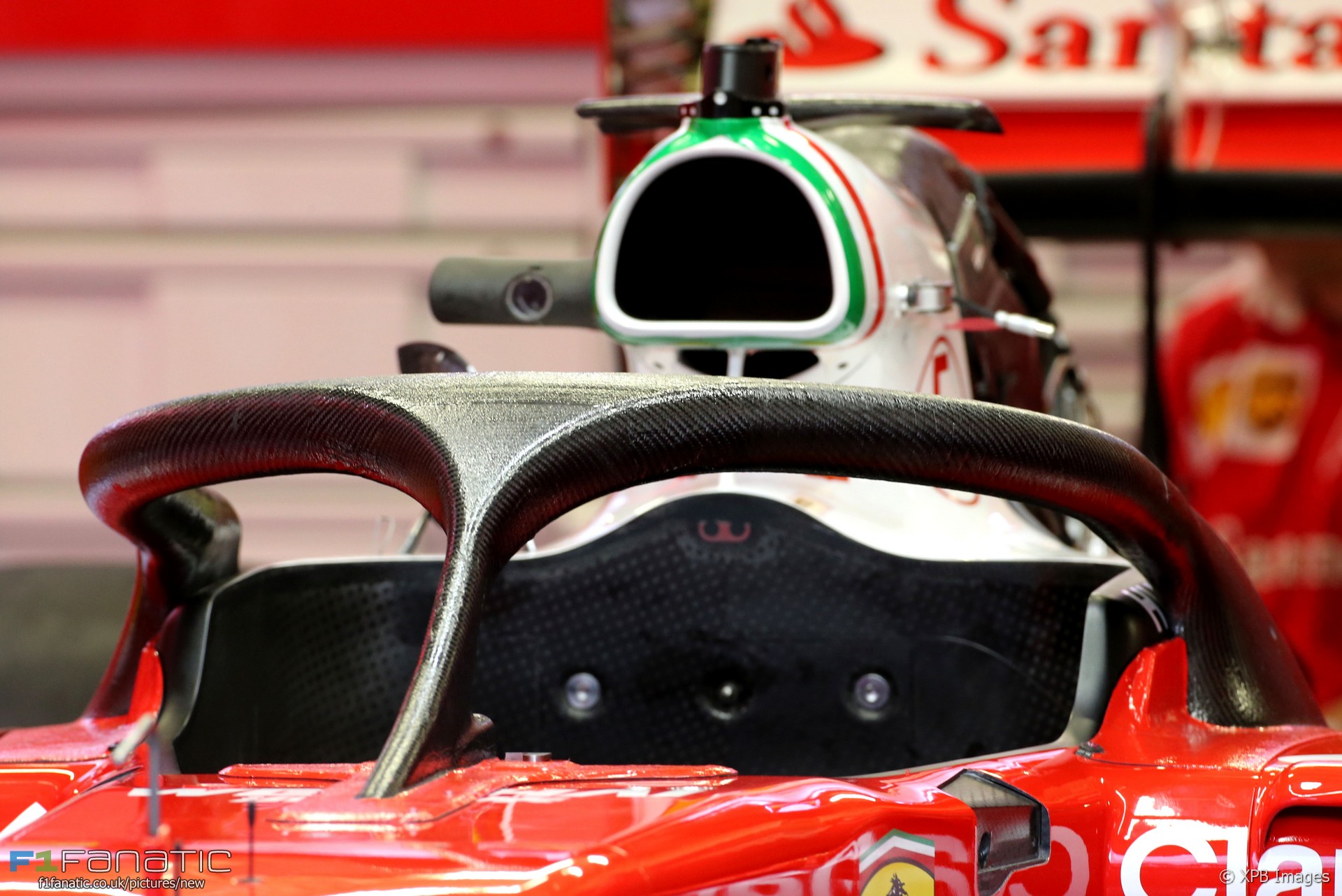 The revised version of the Halo head protection device has appeared at the Red Bull Ring fitted to one of Ferrari’s cars.

The team is to conduct tests using the latest version of the structure tomorrow. The previous version can be seen below for comparison.

Halo has emerged as the FIA’s preferred choice for improving drivers’ head protection in Formula One from next season. It was chosen over a rival design, the Aeroscreen, which was developed by Red Bull and tested during practice for the Russian Grand Prix.

Ferrari ran the first Halo prototype on its cars during testing at the Circuit de Catalunya prior to the start of the season.

74 comments on “New version of Halo seen on Ferrari”