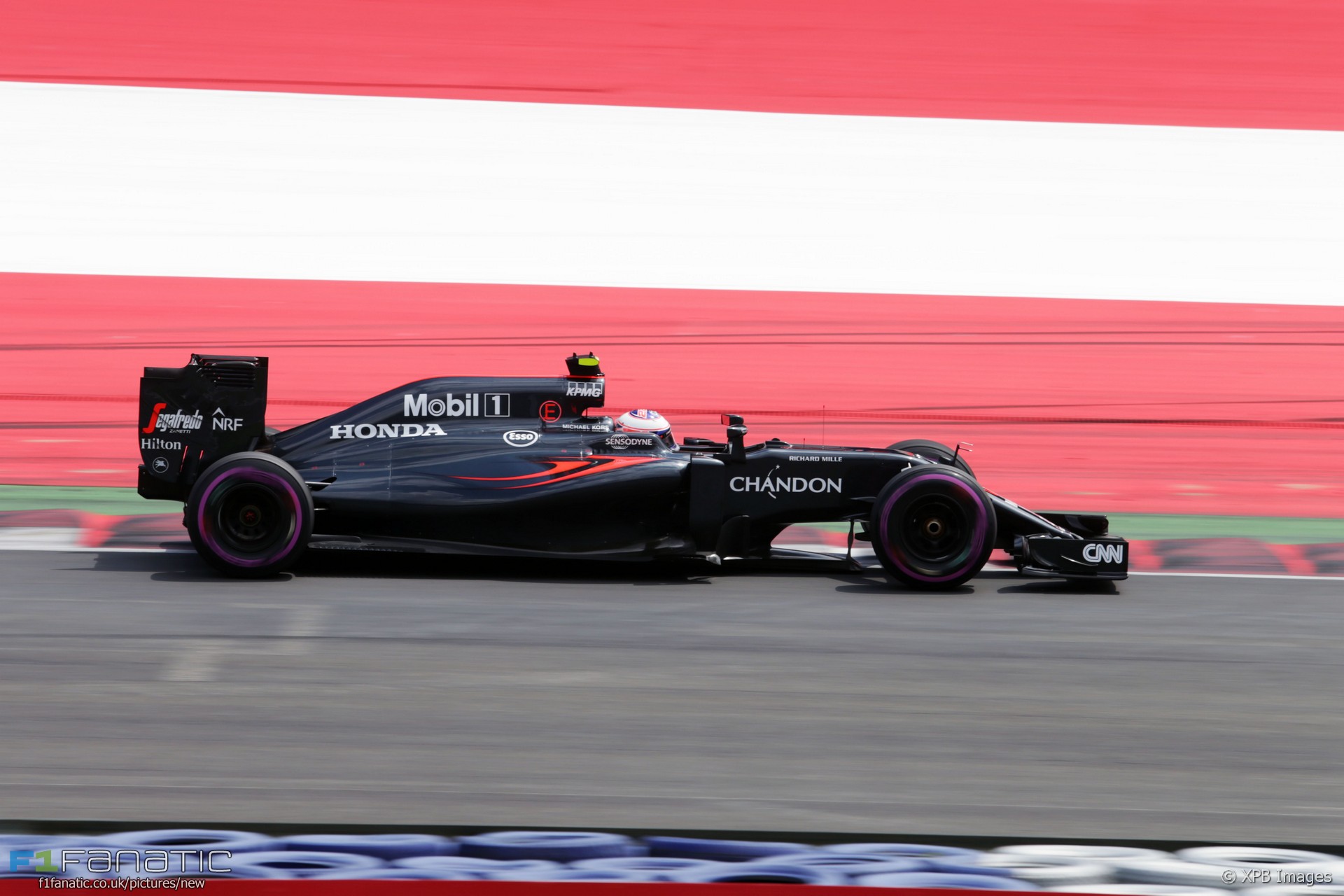 Jenson Button was in a jubilant mood after setting the fifth fastest time in third qualifying, landing him a net third grid position for the race on Sunday. Button, who usually thrives driving in changeable conditions, especially enjoyed the final part of qualifying.

“It was really tough and on the inter[mediate] tyre it was a lot of fun, you know you’ve got the grip there even if you touch a bit of water,” he told Sky.

Once the track dried out and the field had taken on dry tyres, the challenge for all the drivers was to search for the grip, which was changing every lap.

“The biggest problem was, because it dried so fast, the steam. You couldn’t see the asphalt so you didn’t know how dry it was.”

“I took a lot of risks to just put everything on the last lap, if there was a yellow flag it would have messed everything up”

Button out qualified team mate Fernando Alonso for only the second time this year and managed to progress to the final part of qualifying for the first this season.

“Amazing, we start the race P3 tomorrow. That’s a bit of luck, I’ll take it. I feel we haven’t had much this year”

16 comments on “Button “chuffed” with third in qualifying”