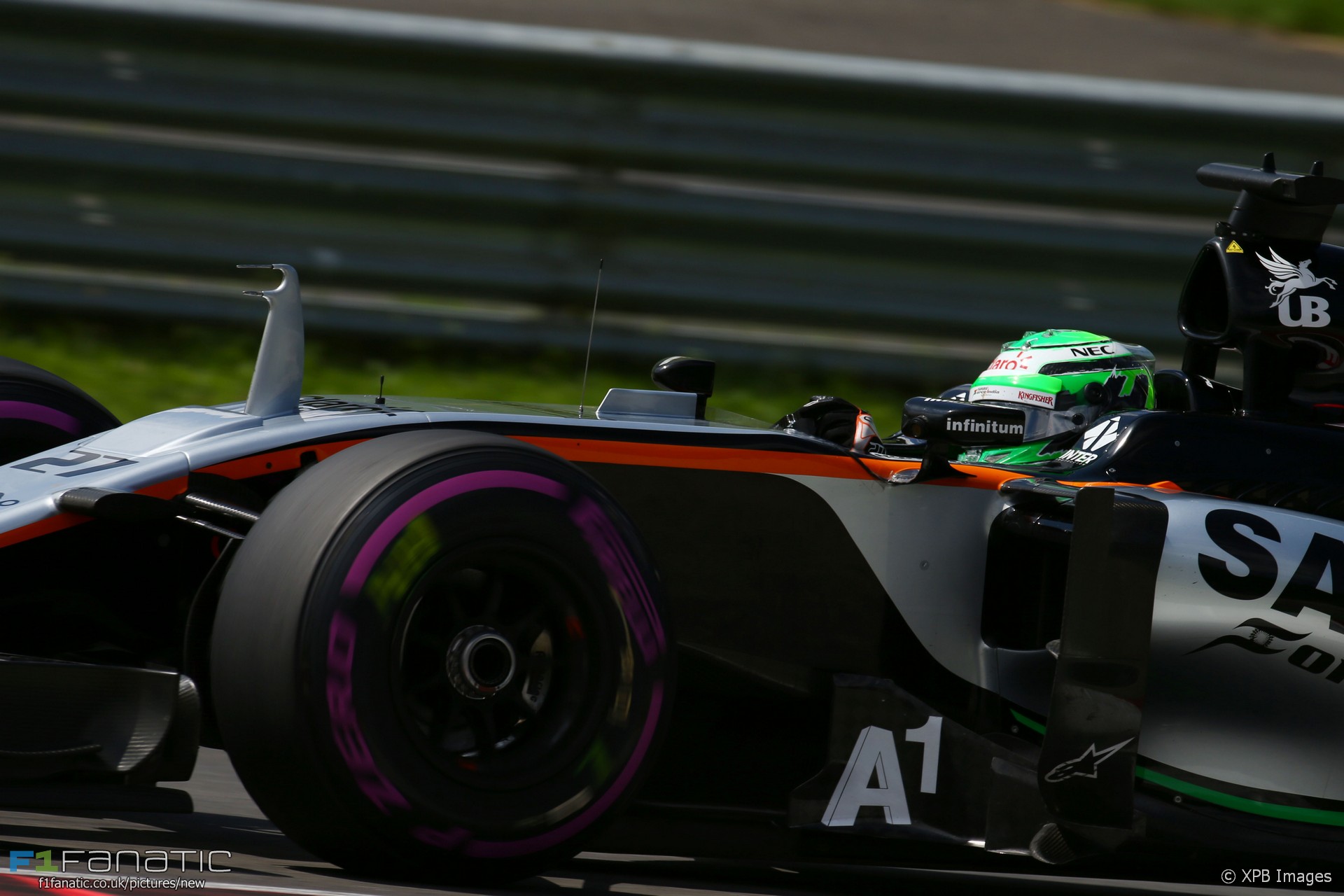 Nico Hulkenberg and Kevin Magnussen have escaped penalty while Jolyon Palmer, Felipe Nasr and Rio Haryanto have all been given a three place grid drop and super-licence penalty points for an incident in the first qualifying session.

The stewards, including ex-racing driver Martin Donnelly, investigated the five for failing to slow for yellow flags.

They determined that despite setting his fastest lap of the session Hulkenberg had lifted sufficiently past the marshal post. “Although the driver went ‘green’ in the sector where the double yellow flags were displayed, the telemetry clearly demonstrated that he had decelerated on approaching the flag point and that his speed reduced in the yellow flag sector,” noted the stewards.

When asked about his actions in the press conference, Hulkenberg said “I did lift, I did lose time there but still with new tyres, track improvement I might have gone faster”.

The stewards looked less favourably on the actions of Nasr, Haryanto and Palmer whose telemetry “clearly showed that the driver made no reduction in speed and was at full acceleration through the yellow flag area”.

“Notwithstanding the fact the driver could see the disabled Car 55 [Sainz] on the side of the track, the regulations are clear that on display of double yellow flags a significant reduction in speed must be made. This did not happen.”

The stewards gave two penalty points to each driver, which brings Nasr and Haryanto to a total of four points in the last 12 months, Palmer to a total of two. Each was also given a three-place grid penalty. The trio will start the race from the back of the field.

The yellow flag was caused by Carlos Sainz Jnr’s Toro Rosso which had stopped on the side of the circuit. Sainz had been forced to revert to the engine he had used in the European Grand Prix following a failure in FP3. “We were not expecting to use this one here, because we knew in Baku (this engine) had suffered quite a lot,” he said.