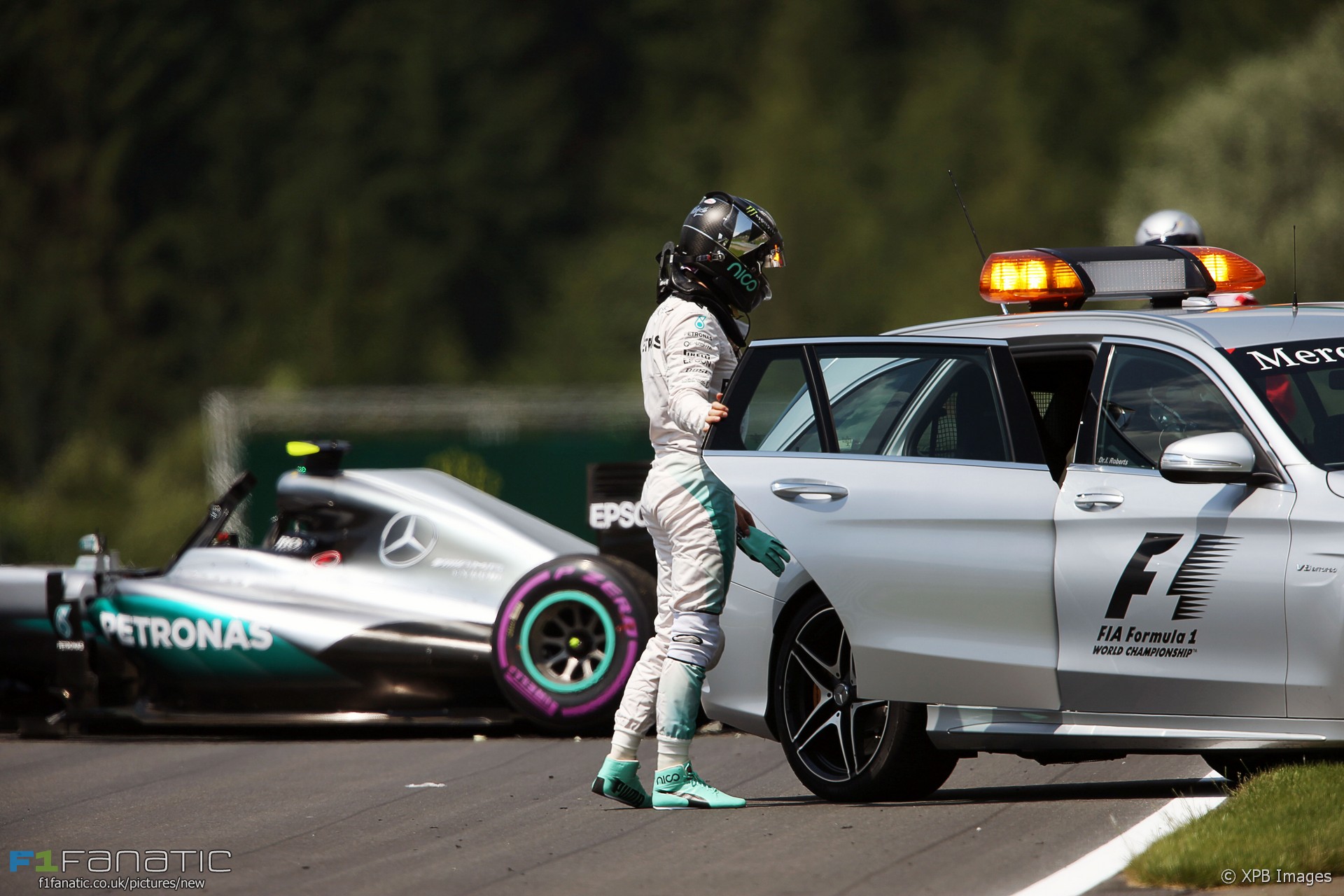 Nico Rosberg will receive a five place grid penalty after his accident in final practice this morning.

The team have confirmed that a full new gearbox unit will need to be fitted to his car for the qualifying session as they fight to be ready in time to take part.

That means even if he is able to qualify fastest, he will only be able to start in sixth position at best, putting a dent in his chances for victory this weekend.