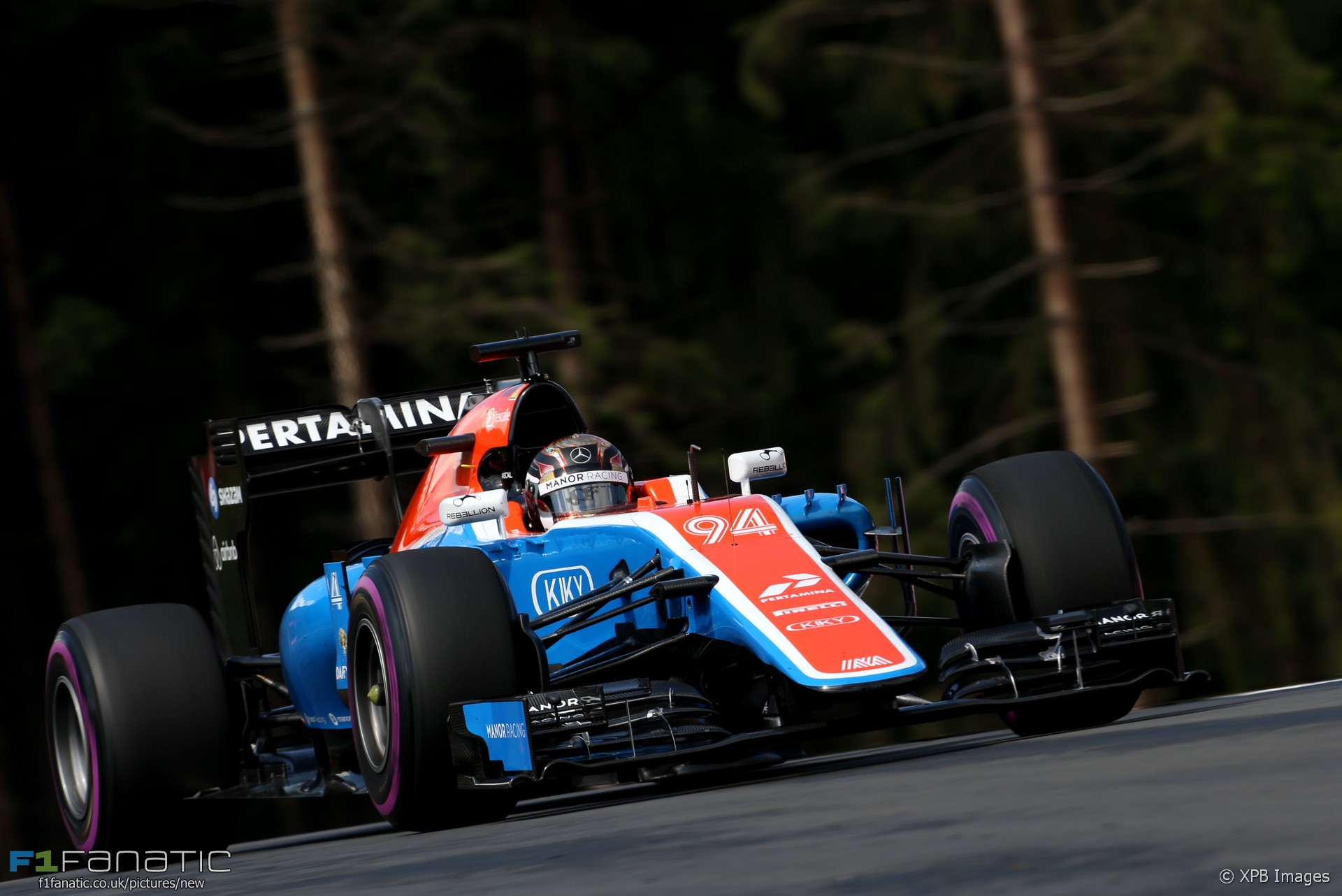 He set his Q1 time moments before Daniil Kvyat’s accident brought out the red flag. Wehrlein returned to the track to defend the position when the session was restarted, only for Carlos Sainz Jnr’s engine failure to prevent any further improvement from his rivals.

“My lap in Q1 was really good first of all,” said Wehrlein. “It was a nearly perfect qualifying.”

“The strategy was excellent – we were always one of the first cars out on track and everything just came together in Q1, despite the fact that there was a red flag and yellow flag interrupting our flow.”

In the second phase of qualifying Wehrlein came within 0.128 seconds of progressing into Q3.

“In Q2 I set my lap on my first run on the super-soft tyre. We switched to the ultra-soft tyre but by then the rain was really coming and there was no way to improve. Easy to say I guess, but were it not for the rain, Q3 might even have been possible today.”

The Manor driver was realistic about his chances for the race. “I have to be honest and say that tomorrow is a different story,” he said.

“We have struggled with tyre degradation in the races and we’re missing a bit of rear downforce at the moment, which is hard on the rear tyres. The forecast is for the weather to be a little bit unpredictable, so hopefully that might shake things up and help us.”

“My plan is to drive every lap as fast as possible and see where we get to.”