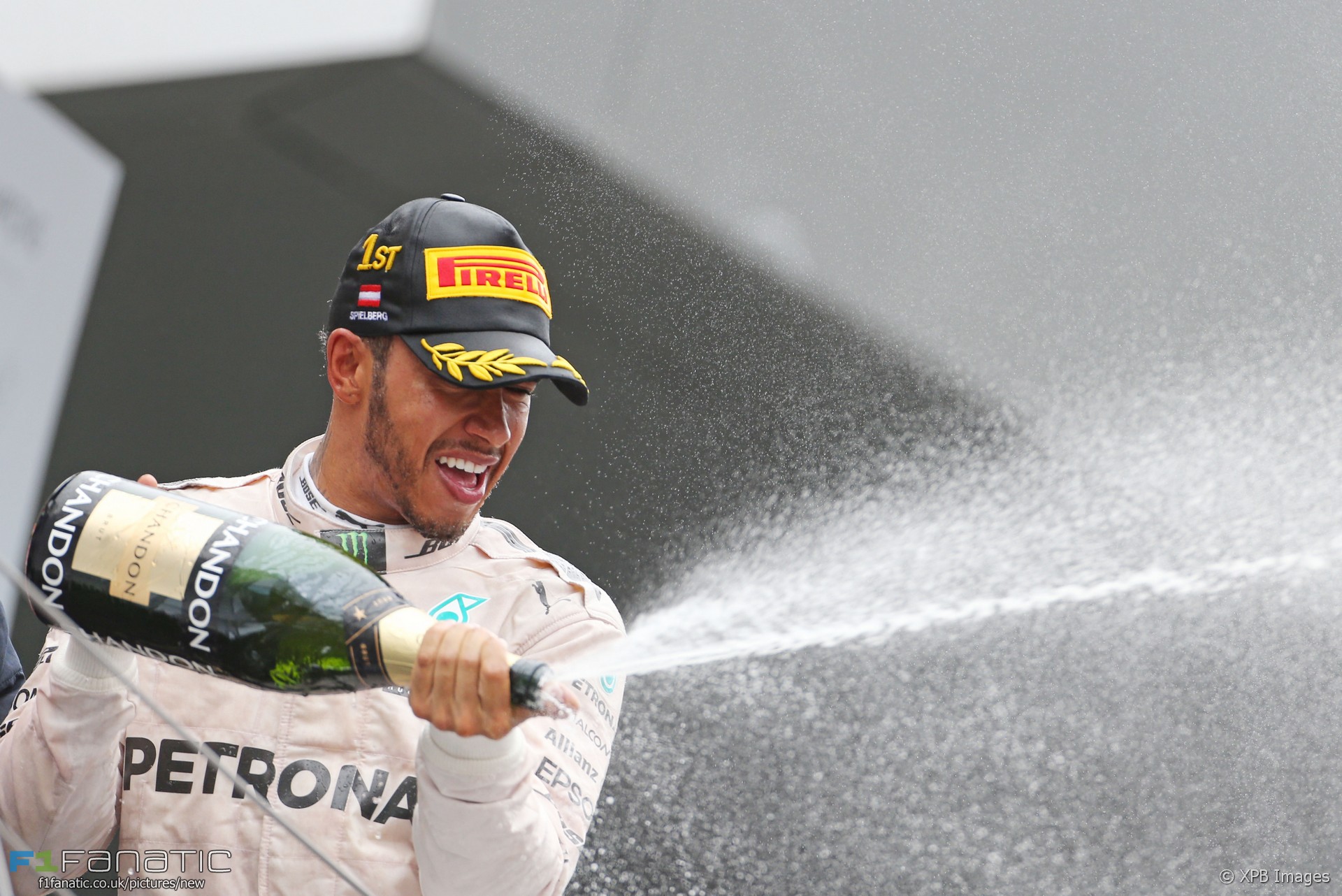 Lewis Hamilton believes that Nico Rosberg was more at fault for their last lap collision in the Austrian Grand Prix.

The chain of events that led to the collision started at turn one, as Lewis recalls; “He made a mistake, clipped the inside kerb (of turn one) and went wide and I got a good run on him up to Turn Two. He blocked the inside, so the only place I could go was down the outside.”

“So I was on the racing line. He was in my blind spot, so I assumed he was still there, so I went very wide, left him plenty of room and as I started to turn – I was at the edge of the track – he collided with me.”

Asked about what would be discussed in the team’s post race debrief, Hamilton replied “It’s going to be pretty straightforward. We just do our de-brief. I don’t think anything will really be said.”

“This is what racing is about”

The stewards are yet to rule on the collision.