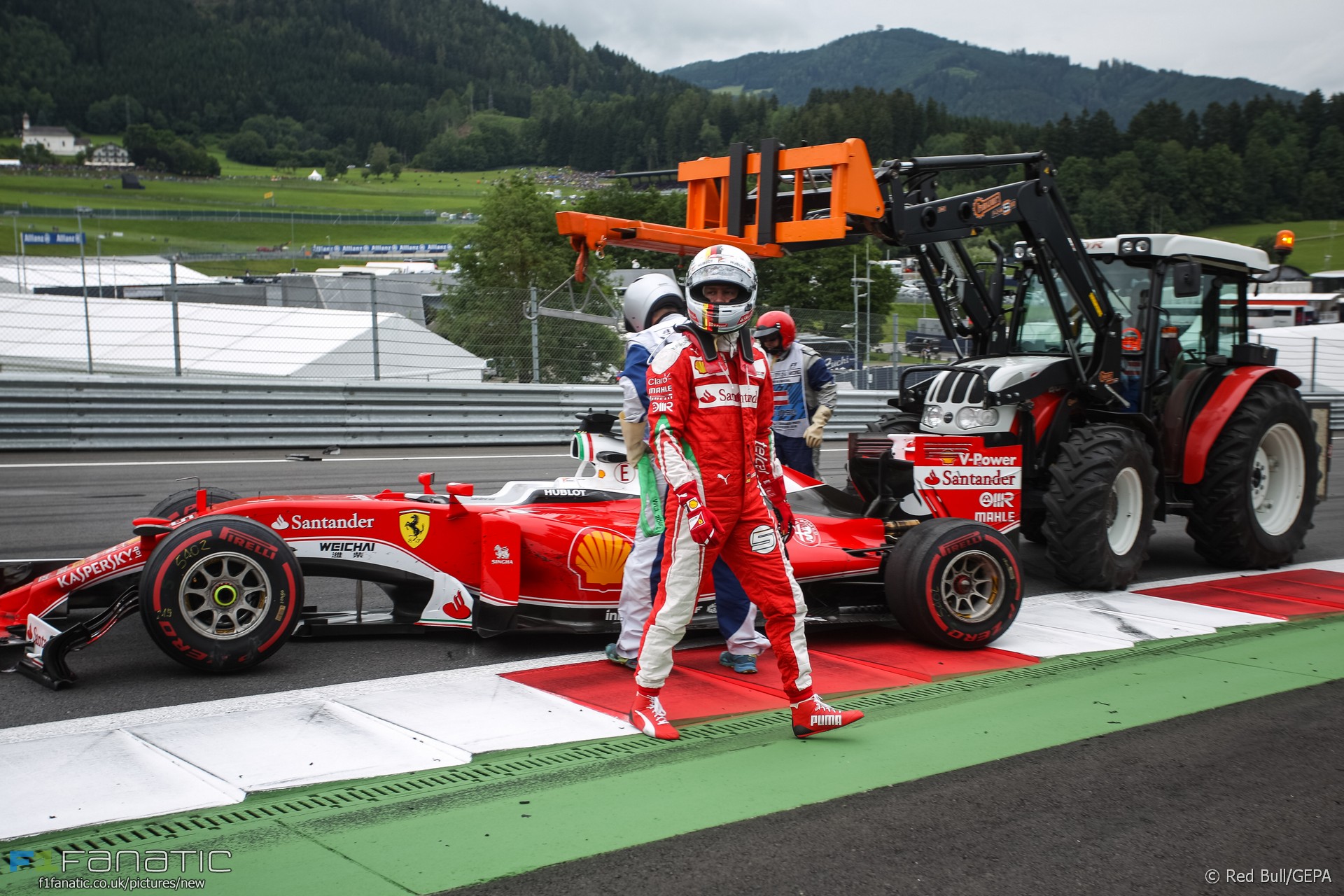 Pirelli has confirmed Sebastian Vettel’s tyre failure during the Austrian Grand Prix was caused by debris.

Formula One’s official tyre supplier issued a statement on Wednesday following their analysis of the Ferrari driver’s right-rear tyre which blew while he was leading at the Red Bull Ring.

“Analysis of the tyre issue that affected Sebastian Vettel at the recent Austrian Grand Prix has been concluded and the results shared with Ferrari,” said Pirelli.

“The few remaining parts of the tyre in question, together with an in-depth comparison to other tyres used in the race, reveal no signs of fatigue or structural failure in the right-rear tyre itself.”

“Consequently, the issue appears to be caused by an item of debris, which led to the breakage of the tyre.”

Pirelli initially attributed the cause of the crash to debris in a Tweet sent six minutes after Vettel’s retirement from the race. However the Tweet was swiftly deleted minutes later:

Vettel retired in similar circumstances at the Belgian Grand Prix last year when a tyre failed while he was running in third place.

70 comments on “Pirelli confirms debris as cause of Vettel puncture”