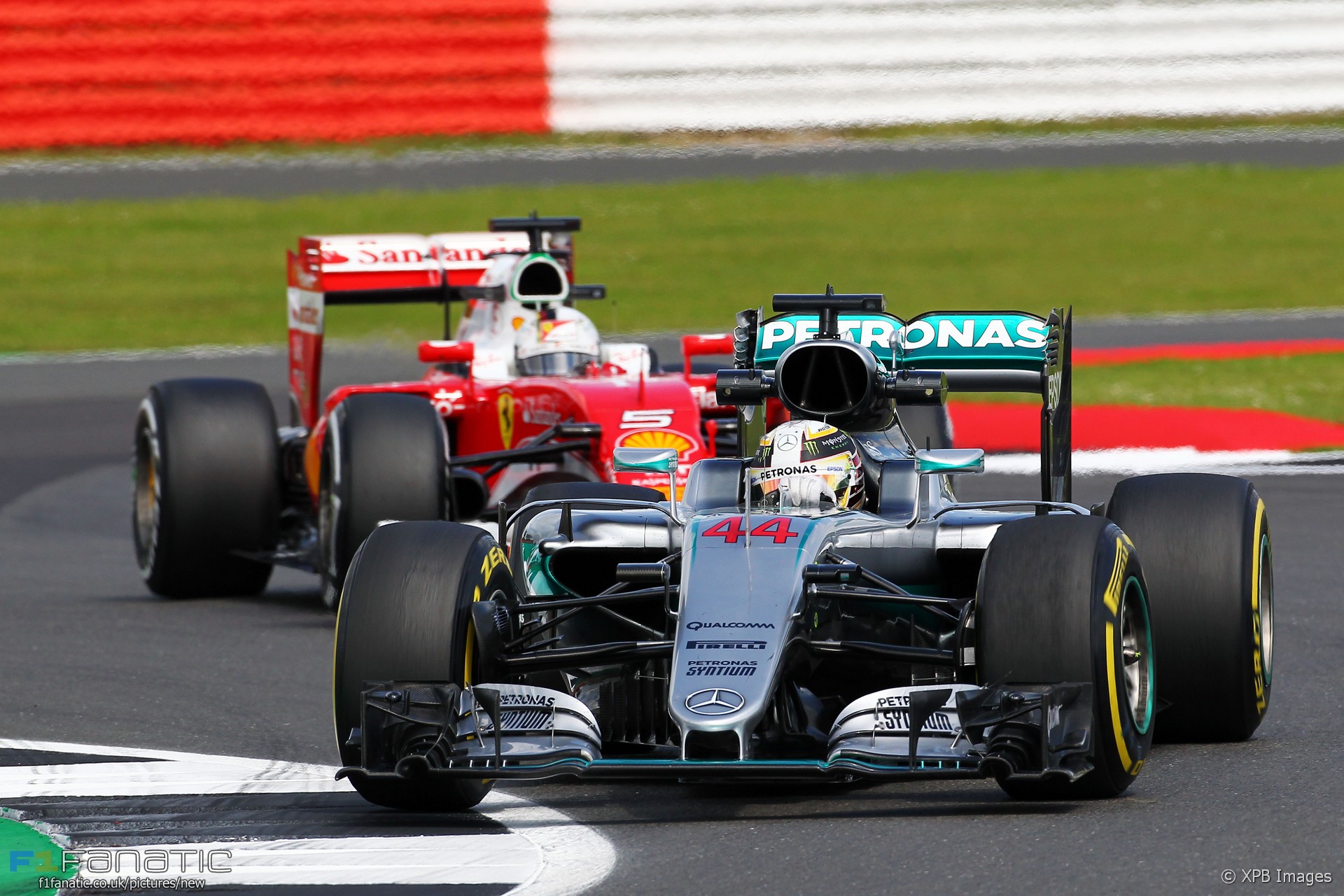 Mercedes set a scorching pace around Silverstone on Friday – one which only Red Bull looked capable of keeping up with.

While Lewis Hamilton had the best part of four tenths of a second in hand over Daniel Ricciardo in the afternoon session, the Red Bull pair’s sector times indicate the real gap to Mercedes may be as little as half that.

However Ricciardo was realistic about their potential. “We look fairly good compared to Lewis at the moment but I feel they’ll have a bit more at their disposal tomorrow,” he said after Friday’s running.

Hamilton set a fractionally quicker time in the cooler conditions of the first practice session. As the track temperature jumped by over 12 degrees in the second session his medium tyres appeared to drop off fairly quickly on his longest run.

Meanwhile the Red Bull drivers enjoyed more consistent pace on their tyres – Ricciardo on the softs, Verstappen on the mediums. The latter has been the tyre of choice at Silverstone in recent years. However Mercedes’ ability to evaluate the tyres was hampered by problems which confined Nico Rosberg to the garage throughout the second session.

A water leak was diagnosed on his engine, which Toto Wolff confirmed is only a ‘Friday unit’ and therefore not putting Rosberg at risk of a penalty. Nonetheless they did not want to risk damaging it and losing it from the pool of available engines.

Behind Mercedes and Red Bull the next-quickest team was not Ferrari but Force India. They chose to do their qualifying simulation in the first session rather than the second and Nico Hulkenberg duly set a time neither Ferrari could beat. This was despite their car being particularly susceptible to the windy conditions seen at Silverstone today.

Ferrari were eight tenths of a second down on Mercedes and while Sebastian Vettel eked out longer life from his medium compound tyres than Hamilton he did so by lapping much slower. Their fight is likely to be with Red Bull this weekend.

McLaren continued to show promising form, albeit with the usual caveat that they tend not to improve as much as the others on Saturday, as Fernando Alonso was next behind the two Ferraris. “Fernando found some good pace today,” said Jenson Button, “so tomorrow my car will hopefully be fitted with new components, we’ll get some positive running under our belts and we’ll look a bit more competitive too.”

There was some encouragement for Sauber too as Marcus Ericsson finally tested an upgrade for the team’s C35 – a revised rear wing. However reaching Q2 may still be difficult for them here.