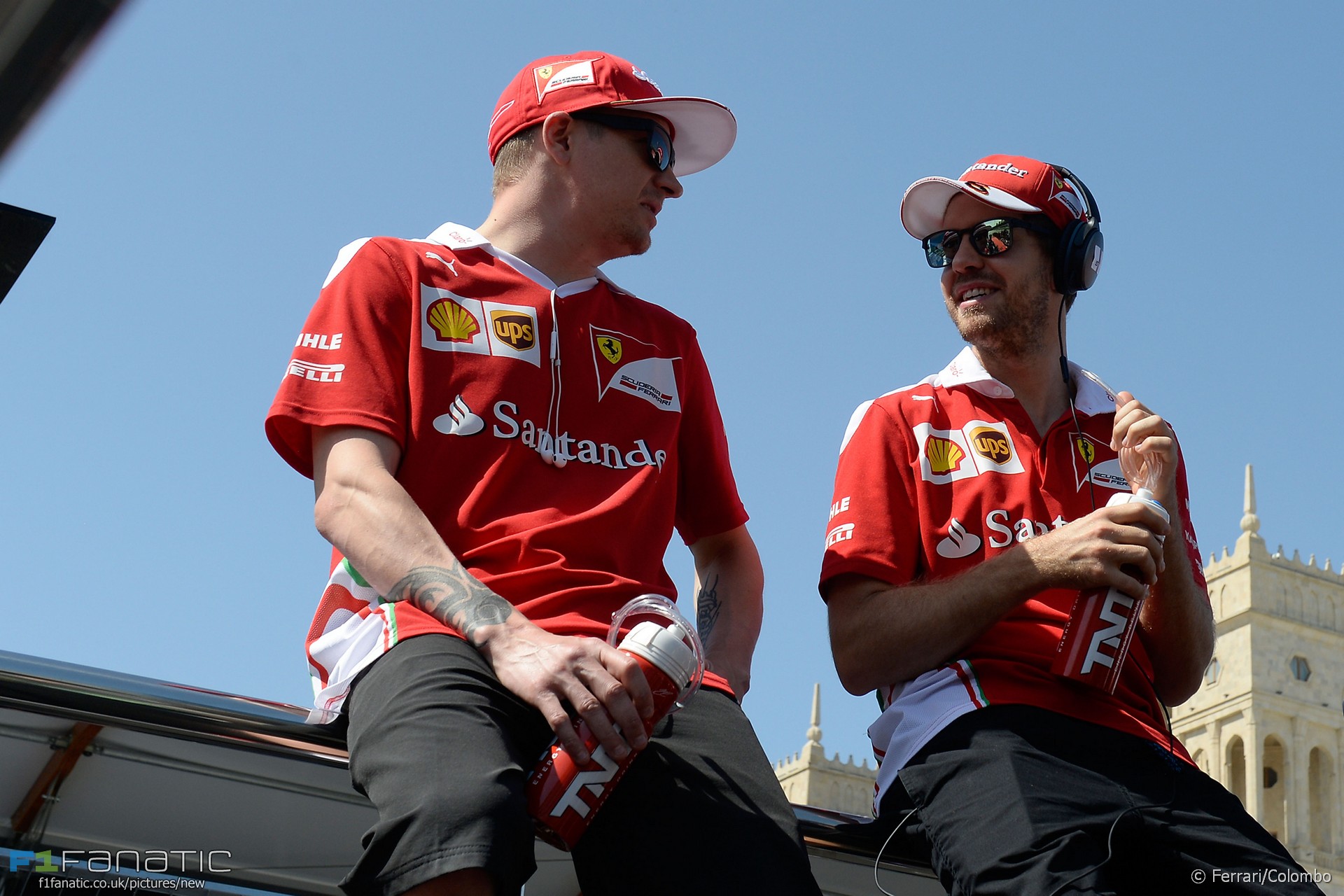 Sebastian Vettel has endorsed Ferrari’s decision to re-sign his team mate for next year.

Ferrari announced this morning Kimi Raikkonen will remain with them for at least one more season. Vettel said the decision is “the right thing to do” because it will remove the distraction of questions over Raikkonen’s future..

“I think we are both pushing very hard,” said Vettel, “I think our primary target is to catch the leaders, in that case Mercedes. So there’s plenty of work ahead of us.”

“I think it’s important that there’s been a lot of talk and it all goes to quiet and we can focus on our work.”

Vettel says he and Raikkonen have a good working relationship on and off the track which is healthy for Ferrari.

“I would say that probably Kimi and myself have the least ego problems in the whole paddock which I think is good for the team,” he said.

“Working in the same direction, on the track we both try to race hard as we’ve shown in the past, in the races where we’ve raced for position, I think that’s normal. Outside the car I think there’s no problem.”

15 comments on “No “ego problems” with Raikkonen – Vettel”