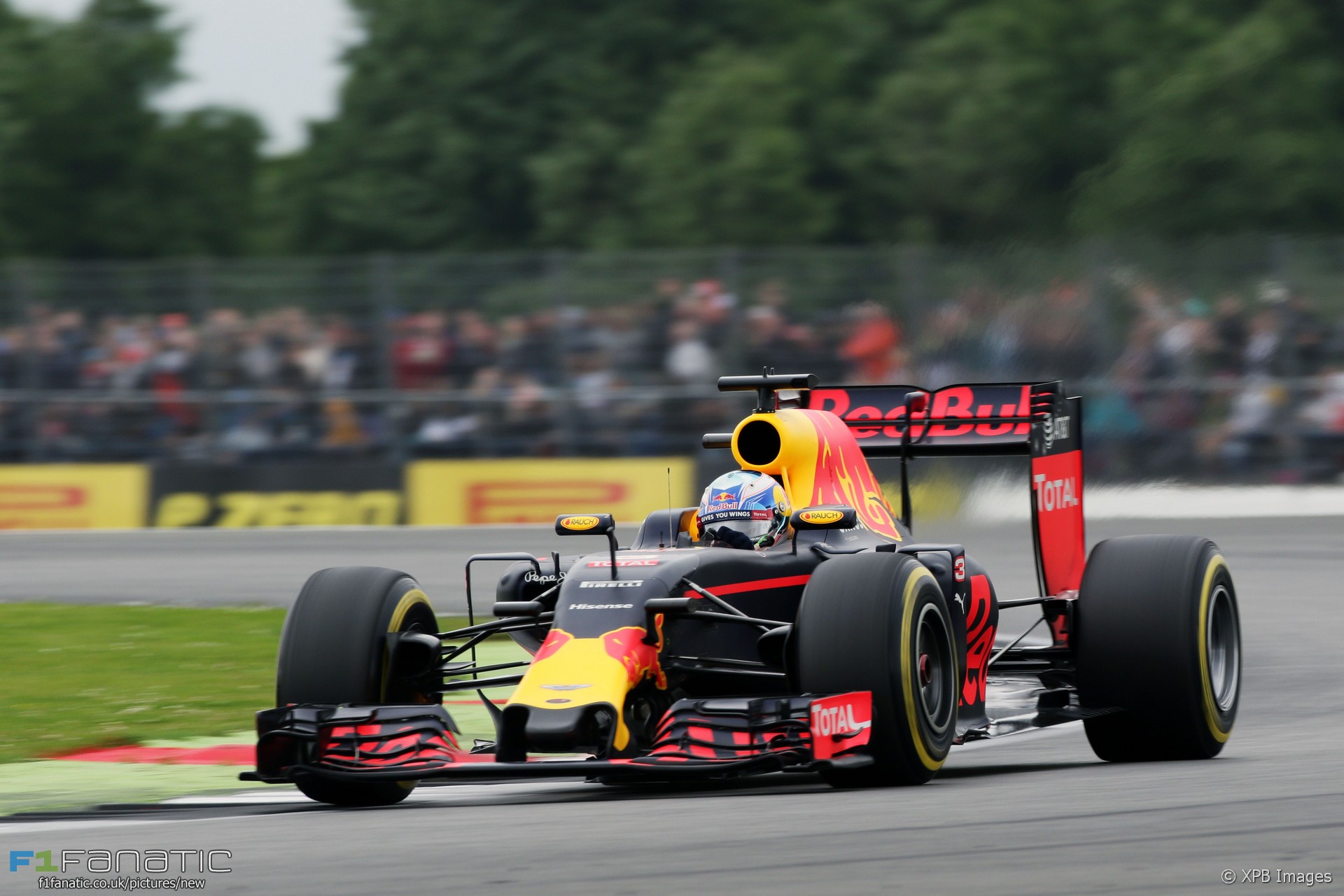 While Mercedes have produced by far the quickest car on-track this season we head into round ten yet to see what would happen if the teams to drivers went head-to-head from the start.

We have not yet reached the end of lap one this season with the two silver cars occupying the top two positions. It almost happened in Spain, but everyone remembers how that worked out…

Tomorrow’s race is set to continue the showdown between Lewis Hamilton and Nico Rosberg which ended in such explosive fashion just one week ago. Providing, of course, they stay ahead at the start: last year they occupied the front row but were mugged by the fast-starting Williams pair.

The long run towards the sharp right-hander at Village can be a tricky one for the pole sitter to defend, particularly through the opening corners Abbey and Farm. “They’re not flat-out with the heavy fuel and on cold tyres after the start,” explained Rosberg as he weighed up his chances of passing pole sitter Hamilton on Sunday. “It’s quite a mission and it’s good fun and a good opportunity into turn three to attack.”

Could Red Bull make life difficult for Mercedes at the start? If any car can handle a high-speed sweep on a high fuel load it’s surely the RB12, though Max Verstappen was bitten by these quick corners in exactly these circumstances 12 months ago.

“I think Mercedes is a bit too strong for us,” said Verstappen, “but we’ll try to keep up”. As in Austria cool temperatures are expected again for race day. That’s likely to suit the W07s which already have a one-second advantage over a single lap.

Ricciardo, who has been out-qualified by his team mate for the first time this year, arrived at Silverstone suggesting he would be concentrating on improving his race pace, an area where Verstappen has excellent. The battle between the Red Bulls could be just as spicy as that between the Mercedes.

Inevitably the silver cars will be the focus of attention following their latest coming-together. After qualifying Hamilton continued to insist the stricter ‘rules of engagement’ they’ve been given will make no difference.

“We’re going to race as we always do. Of course what we have been told before this weekend we are aware of and conscious of, so it will be at the back of our minds for sure. But that does not mean that we can’t continue to drive hard as we have done. So, tomorrow, I think it starts the same.”

Pirelli believes the optimum strategy for the race will be to run two stints on softs and one on mediums. However Force India appear to be considering something different, and go into the race with no new tyres for Nico Hulkenberg and just one set for Sergio Perez. Are they going to attempt a single-stop strategy with a long run on the hards?

It seems Pirelli are keen to discourage that. They recommend the hard tyre be used for no more than 26 laps – two less than the mediums – due to concerns over graining.

However, perhaps mindful of Sebastian Vettel’s tyre failure last week, they stress this “do not represent or constitute a guaranteed minimum number of laps for each compound” and add “it is the responsibility of each team to define its own race strategies based on its own wear data”.

Remaining tyres for the race

Are we going to get another showdown between the Mercedes drivers? Which of the Red Bulls will emerge on top?

And what can Vettel and Jenson Button salvage from their lowly starting positions?