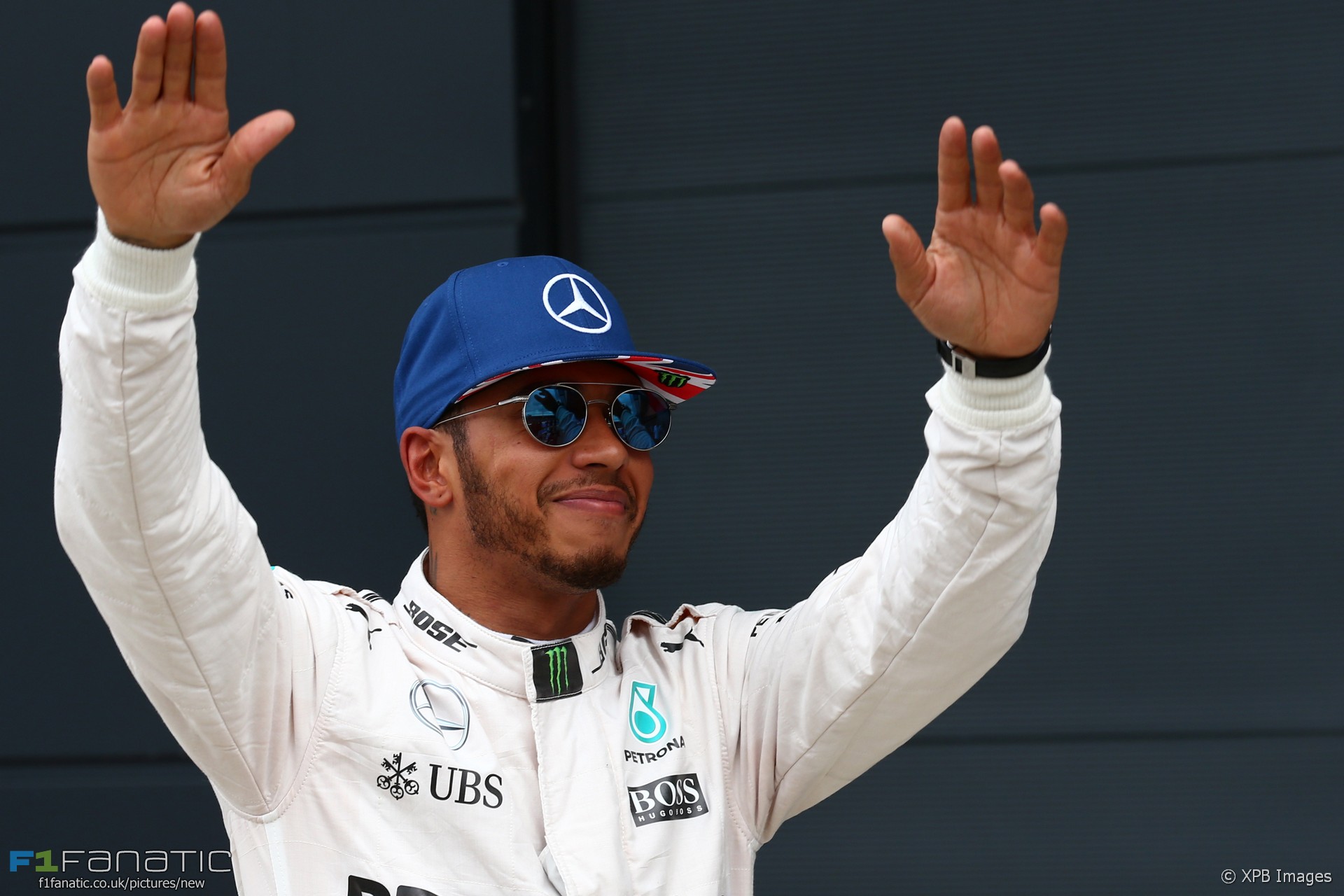 Lewis Hamilton took his fourth British Grand Prix pole position despite a scare in Q3 when one of his lap times was deleted.

Hamilton bounced back to reclaim his position at the top of the times ahead of team mate Nico Rosberg. The Red Bulls will occupy row two.

Two of the three home drivers fell at the first hurdle in qualifying. Among them was Jenson Button, who just one week after starting third on the grid in Austria was knocked out in the first round at Silverstone.

There was a brief glimmer of hope for Button as it emerged the stewards were investigating whether Kevin Magnussen had put all four wheels wide while setting his lap time. However they ruled in favour of the Renault driver, confirming Button’s elimination.

He was joined by Jolyon Palmer, who was inside the top 16 with his first run but slipped into the drop zone with his final run. The struggling Manors also dropped out along with the sole Sauber of Felipe Nasr, whose team mate Marcus Ericsson had crashed heavily in final practice.

The two Mercedes drivers were separated by mere hundredths throughout practice and into Q1. But in Q2 Hamilton played his full hand, beating his 2013 track record to produce a 1’29.243. Rosberg was the only other driver who was able to join him in the sub-90 second bracket, albeit seven-tenths slower than his team mate.

Behind them the fight to get into the top ten was much closer and Kimi Raikkonen almost didn’t make it. The Ferrari driver spun at Club as he prepared for his first lap, then ran wide at Village after beginning his second run. He finally put a clean lap together on his third effort to join his team mate in the top ten.

Raikkonen’s late improvement pushed Fernando Alonso outside the top ten but a final flyer from the McLaren driver saw him proceed to Q3 following his team mate’s elimination. Carlos Sainz Jnr was the last driver to

Hamilton’s flying lap from Q2 proved a benchmark even he couldn’t quite match. His first effort in Q3 was a tenth of a second off, but still put him on course for pole position as Rosberg could only manage a 1’29.606.

Or so it seemed. However Hamilton had strayed beyond the confines of the track at Stowe and his lap time was duly deleted. That left him with a final effort to improve his effort from tenth on the grid.

His response was almost perfect. Though a touch hesitant in the middle of the lap – clearly wary of committing the same error at Copse – his final effort was just four-hundredths shy of his earlier time. Rosberg failed again to better his initial time, and had to settle for second.

Max Verstappen was almost a second slower in the Red Bull but inflicting Daniel Ricciardo’s first defeat in qualifying of the season so far. Vettel had a scruffy moment at Stowe and had to settle for sixth behind his team mate, which will become eleventh after his penalty.

Alonso originally set a lap time quick enough for eighth on the grid but it was deleted because a track limits violation, dropping him back to tenth. Nico Hulkenberg also had his best time deleted which dropped him behind Sainz.

61 comments on “Hamilton on pole despite losing a lap”