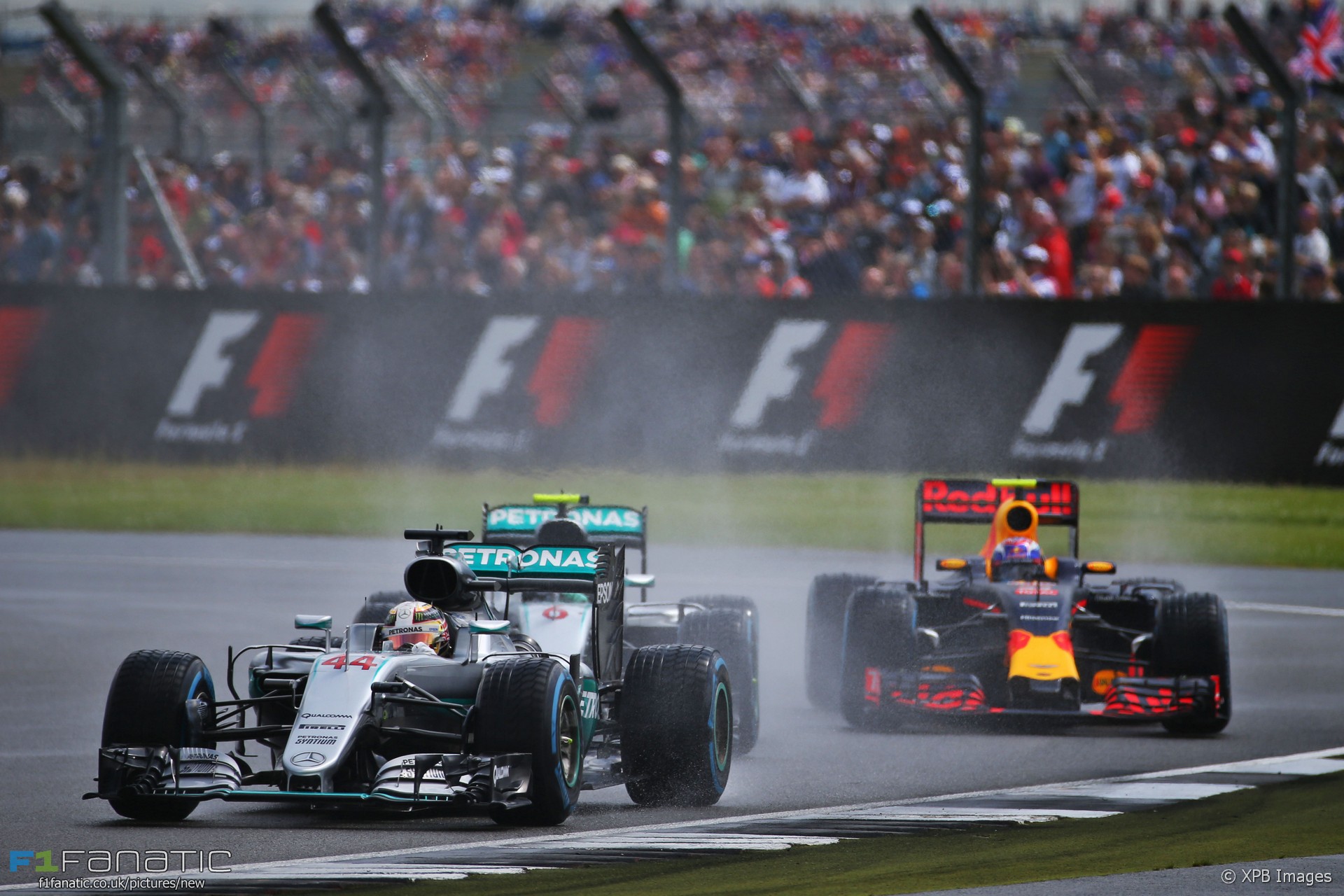 Lewis Hamilton scored his fourth victory on home ground at Silverstone and extended his lead in the drivers’ championship over his team mate.

Mercedes took a one-two finish at the flag but Nico Rosberg’s second place remains in doubt as the stewards are investigating assistance given to him by his team on the radio when he experienced a problem with his gearbox.

Max Verstappen took the flag in third place after racing hard with Rosberg and passing him around the outside at Becketts early in the race. Daniel Ricciardo, who lost time due to a Virtual Safety Car period early in the race, took fourth.

Kimi Raikkonen took fifth ahead of the two Force India drivers after passing Sergio Perez. Carlos Sainz Jnr finished eighth ahead of Sebastian Vettel, who was given a five second penalty for forcing Felipe Massa wide while overtaking the Williams driver.

The final points scorer and last driver on the lead lap was Daniil Kvyat.

The first five laps of the race were run behind the Safety Car after a cloudburst 20 minutes before the start soaked the circuit.