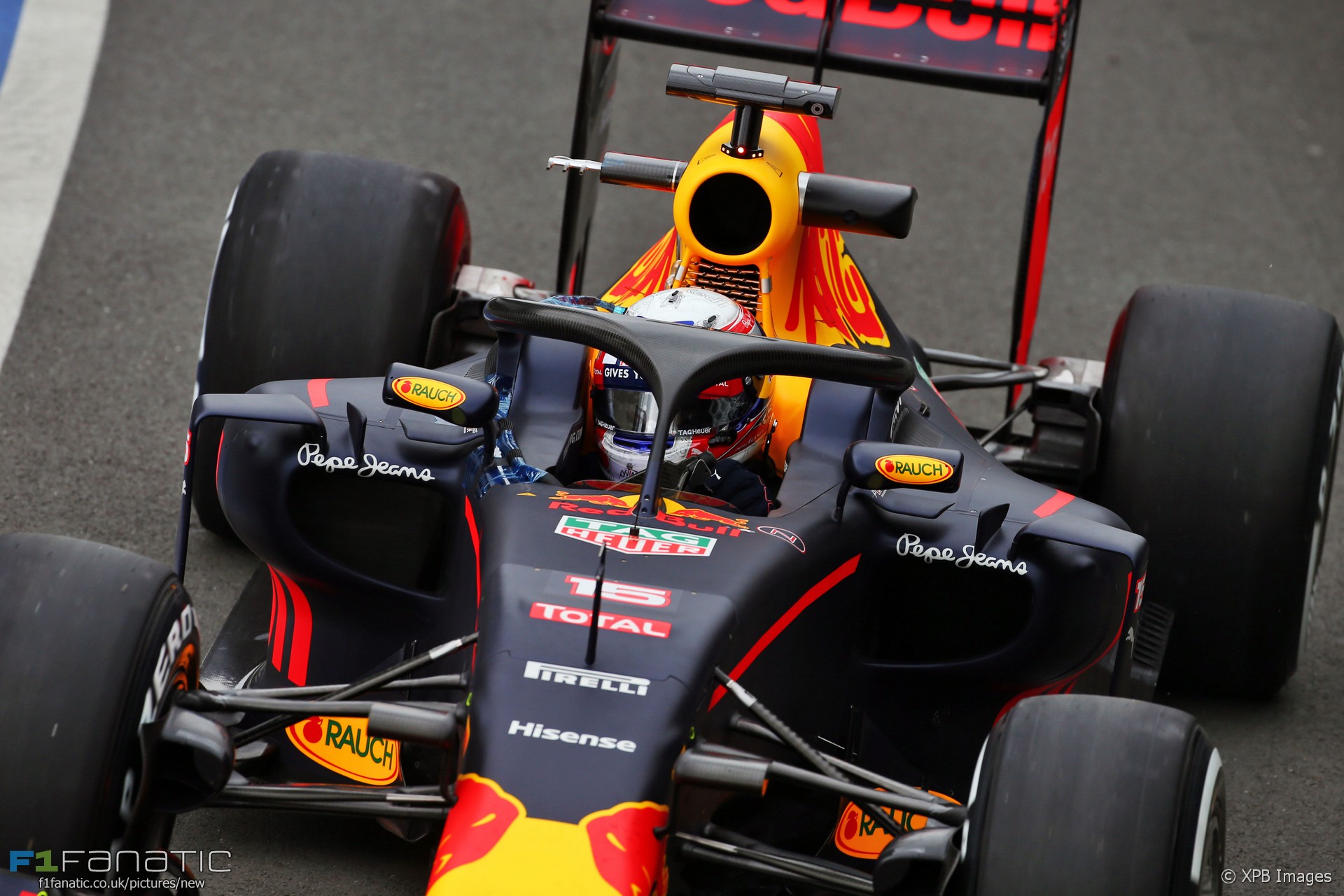 In the round-up: Two teams are unhappy with plans to introduce the ‘halo’ next year.

"I believe that it's too hasty. We need to do a lot more work to understand that the halo isn't going to create other problems, which I think it will do"

"It does not change much in terms of visibility but it feels weird to see something above your helmet, also on the straight you see this sort of big triangle above you."

"It is a sport which is very welcoming and accessible to females and that's across lots of different disciplines. We don't have a driver but we are one of the few sports that allows women to compete against men on a Sunday afternoon and that can't be said for many sports."

"It’s interesting that Red Bull are constantly peddling a story about the low power they’ve got, but just to set the record straight at this event as they often do, they chose to run a higher level of wing than we did."

"The fuel consumption might go up because you have more drag, (but) equally, you go faster through the corners so it will be interesting to see on that front how it then translates to what we need to do in the car, whether we still keep saving fuel or if we can be flat out for the whole race."

"In any business, unless you get subsidies for it, you look at what it costs you and what the benefits are."

"They should look at banning it all. Ban the whole bloody lot. Take the radio away from them altogether."

"Maybe there needs to be a conversation had among all the drivers and Charlie to see if something can be done to aid communication and the decision-making process because ultimately, by the time they got going, everyone dived in for intermediate tyres which clearly shows that the track isn’t that bad."

Leclerc on mentor Bianchi – 'I miss his help' (Crash)

"Obviously now it's hard without him because he always helped me, and I miss his help."

"I really wanted to go out there in the wet, but I was actually a little bit frightened. Coming from the GP3 car, obviously the Sunday race was really good in almost wet conditions, but with an F1 car it is more than double the horsepower."

This is pretty awesome. British fans were great last weekend. Thank you 🙌🏼

Start a wet race behind the Safety Car or wait for conditions to improve enough that a standing start is possible? Tata has a clear preference:

The drama of racing on wet track albeit after a few laps behind a Safety Car is a welcome thing in F1 racing. Waiting for the track to dry just so there is a standing start makes no sense and robs fans of the spectacle of watching so-called world #1 drivers display their skills on a wet track.

Sundays also are days that are full of sporting and family events so for some to have to be robbed of some of those events due to a delayed F1 race is not good for the sport. Eventually, people might have to choose which of those options is better for them and I doubt F1 will be the first option.

Teams, engineers, drivers and all F1 personnel also have to make arrangements to start getting back home or leave the venue for the next. Every extra minute they spend on a given track every given race day counts and sometimes take them further away from their families who they hardly see by the way. No need delaying even further.

Rolling starts behind a Safety Car is wholly acceptable. Whichever way it is looked at, it is a perfect decision and that is something to say considering the track record of the sport authorities in decision making.
Tata

109 comments on “Opposition grows to introduction of Halo”