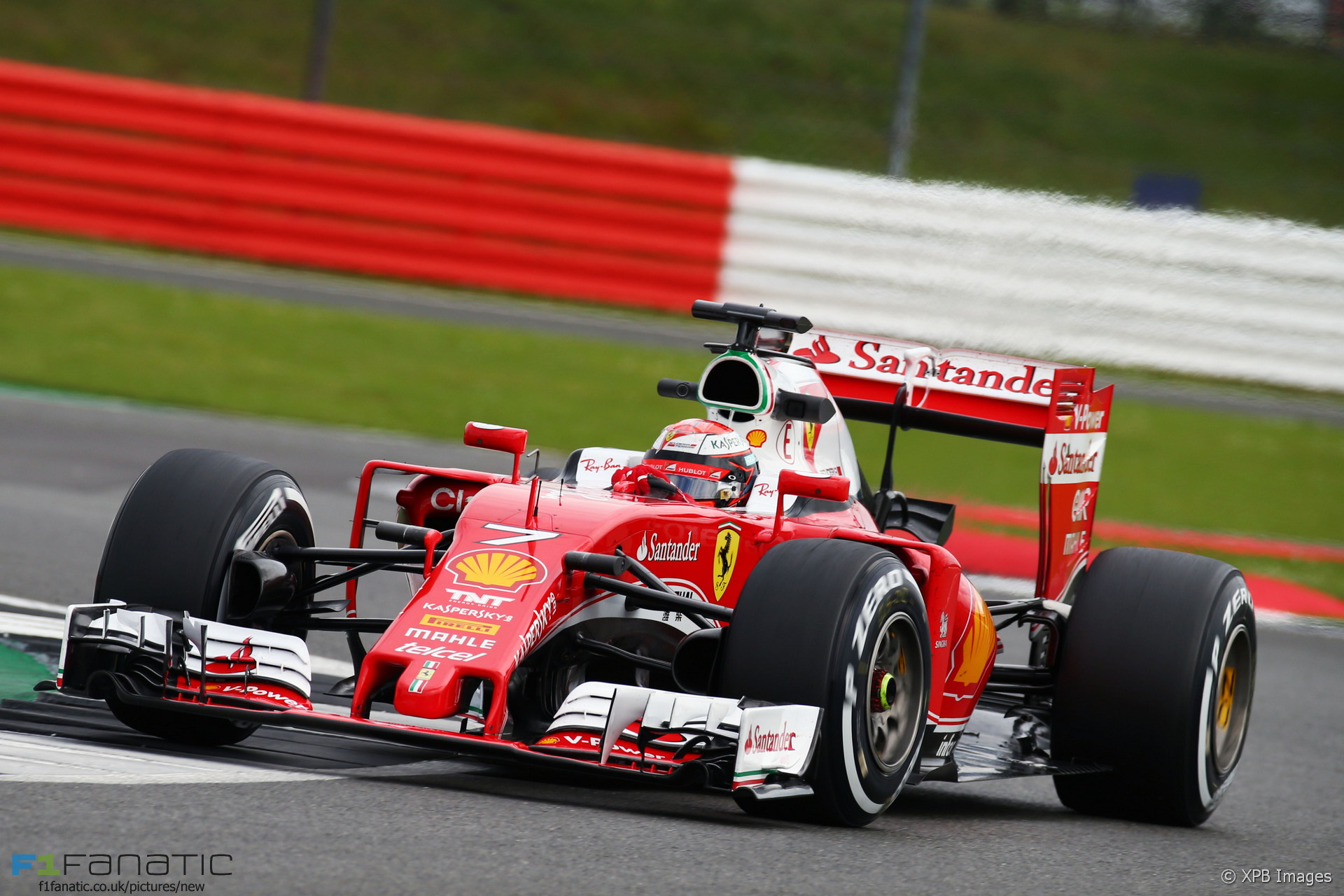 Kimi Raikkonen was quickest on the second day of testing at Silverstone as better weather conditions allowed teams to get more work done. A brief rain shower after lunch was the only significant disruption.

Busiest of all was Mercedes, who recalled their pre-season testing form by racking up 139 laps with Esteban Ocon – over two-and-a-quarter grand prix distances at the Silverstone track. Pascal Wehrlein continued to drive the team’s 2014 car while testing 2017 tyre compounds for Pirelli.

Toro Rosso gave Formula Three driver Sergio Sette Camara his first run in an F1 car. “I had a lot of fun out there,” said the Red Bull junior driver, “it was great to work with a big team and drive at such an historic track like Silverstone – it’s even more impressive to drive a Formula One car here.”

12 comments on “Raikkonen ahead on busy second day of test”