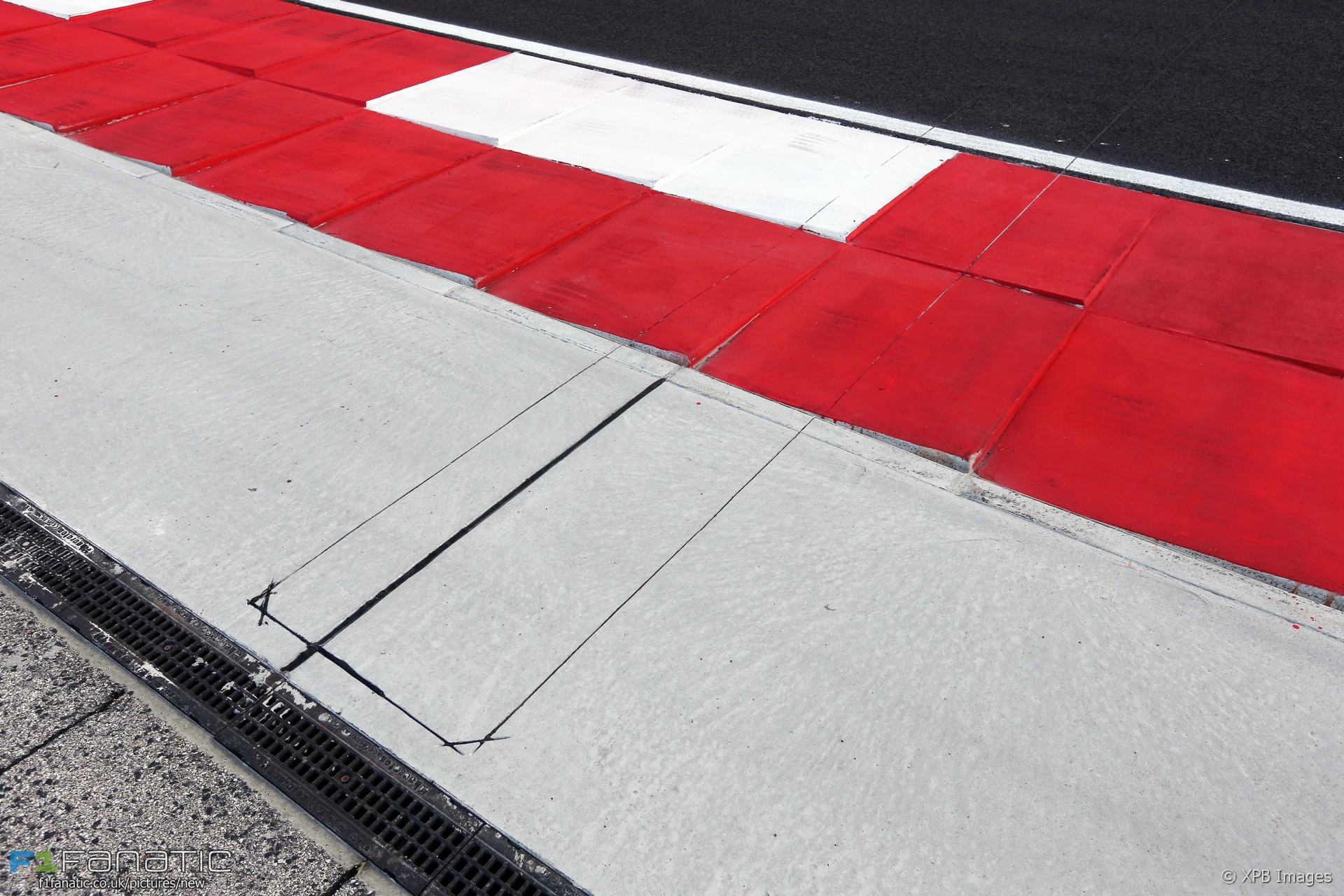 Formula One drivers have been warned not to gain an advantage by running wide at turns four and eleven on the Hungaroring as the revised track does not discourage it.

The Hungarian Grand Prix circuit has a new surface and revised kerbs this year but following an inspection of the track F1 stewards have found two corners lack the “required deterrent” for drivers running wide.

“In turns four and eleven the new double kerb has been installed and the artificial grass removed,” the stewards noted. “However, the run-off areas behind the kerbs have been set at the same height as the kerbs themselves, the required deterrent is therefore not present.”

“With this in mind we have installed loops 1.6m from the track edge which will alert us when a car has all four wheels off the track in these two locations.”

New 50mm high steel kerbs have also been added to the chicane at turns six and seven.

The track and pit lane have been completely resurfaced and new kerbs added with a view to improving drainage. The pit lane entrance has also had a minor reconfiguration in order to smooth out the approach from the racing line from the preceding corner.