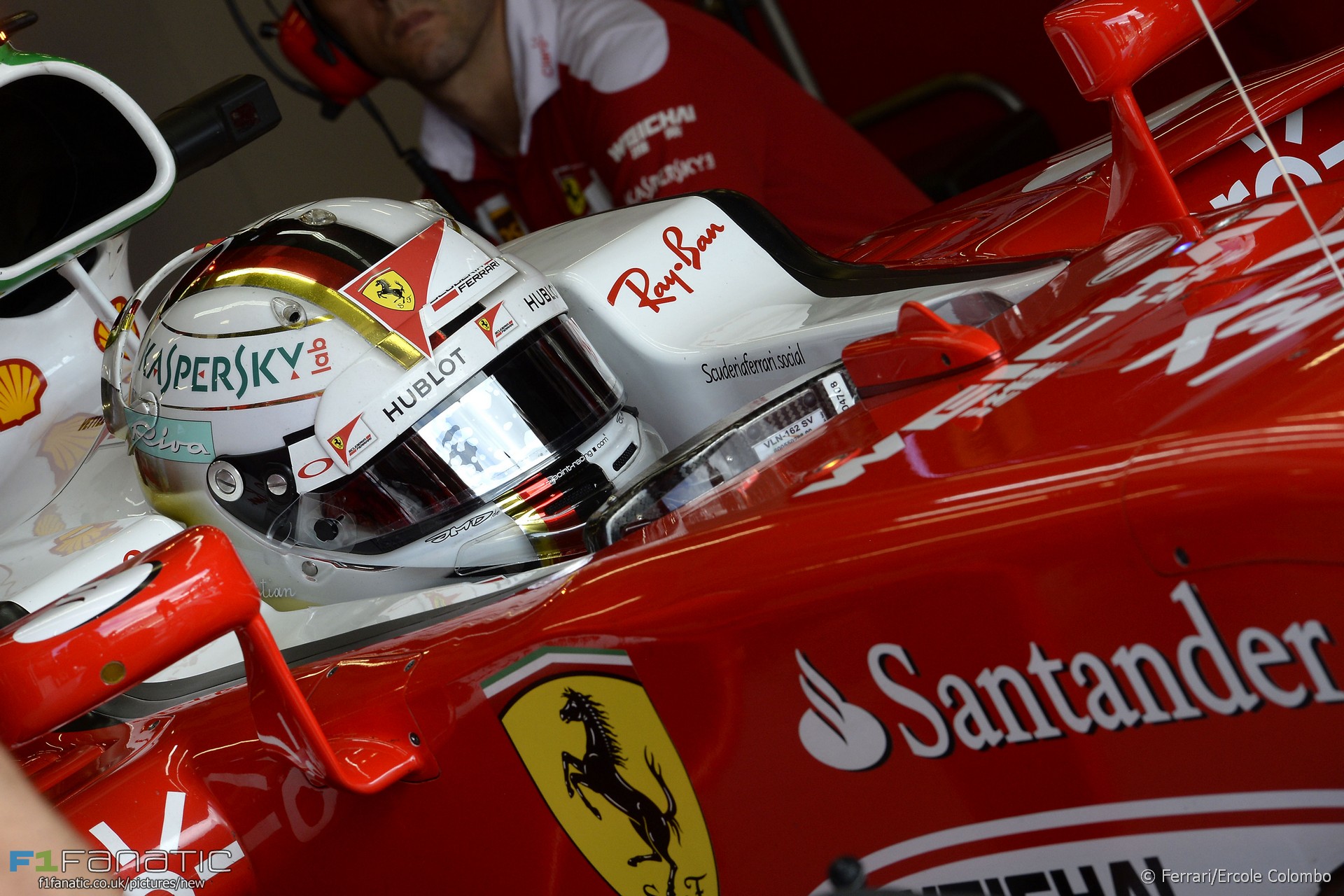 Asked for his view on the radio regulations in light of Nico Rosberg’s penalty after the British Grand Prix Vettel described them as “complete bullshit”.

“I think all the radio issues that we had I think is a joke,” he added.

However Vettel agreed there were some upsides to the restrictions. “I looked at the race after and I found, as a spectator, it was quite entertaining to hear a driver a little bit panicking on the radio, and the team panicking at the same time,” he said.

“I think it puts the element of human being in our sport that arguably is very complicated and technical. [But] I think that’s the wrong way.”

Vettel arrives in Hungary having scored just two points in the last two races and fallen to fifth in the drivers’ championship. “Looking at the results, it’s a fact that obviously we didn’t manage to score enough points to make ourselves in a better position by now,” he said, “but I don’t think we need to look constantly at the results we have had.”

“Here and there we could have done better but the bottom line is, we were not quick enough. We know we are not yet where we want to be, so that’s something we’re not happy with, but we are working on it very hard. If we could change it overnight we would, but sometimes is not that easy.”

“We had three races in which we didn’t finish, clearly it hasn’t gone the way we were hoping for, clearly we are not yet where we want to be, but equally it is not as bad. So I don’t think it’s the worst season I ever had.”