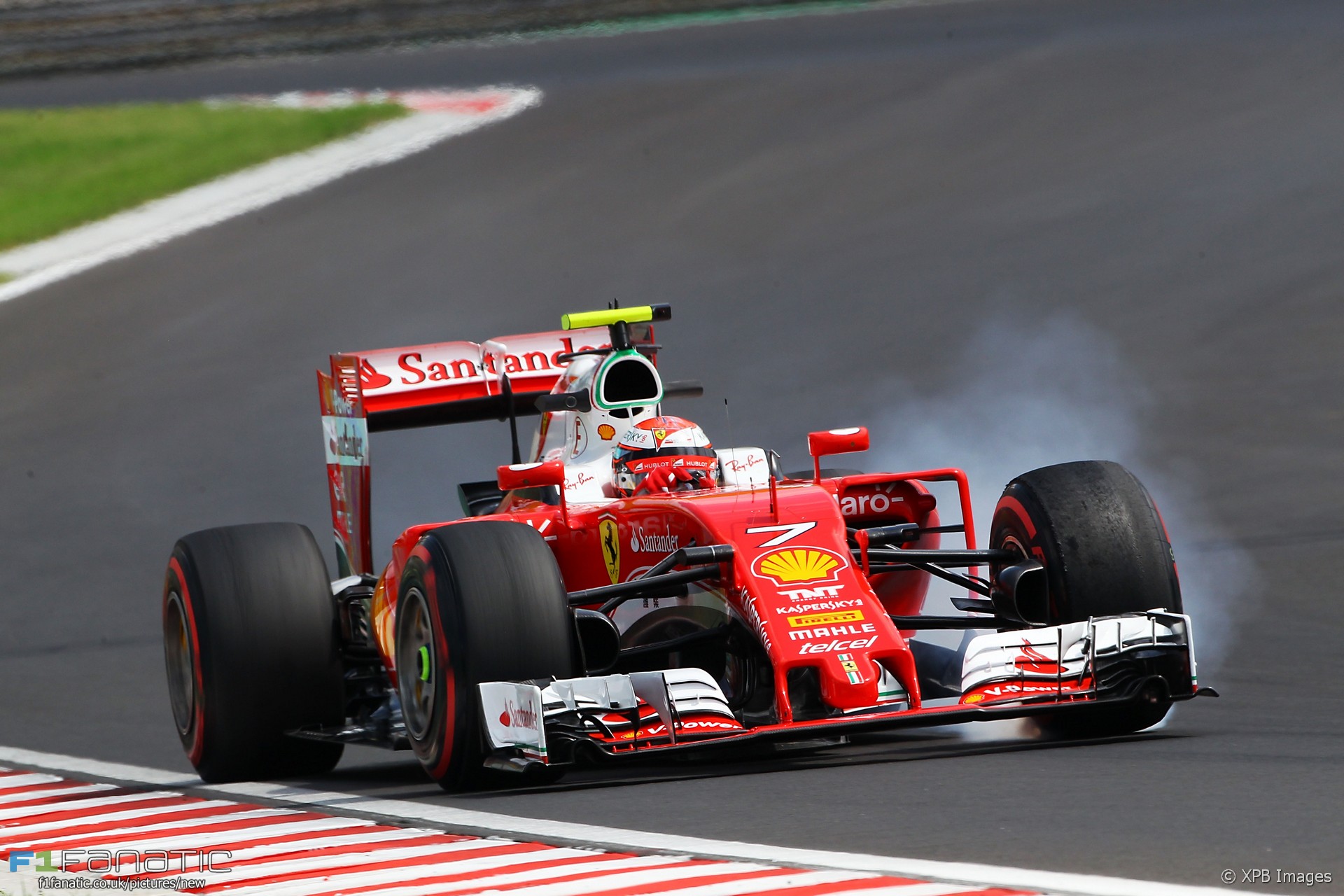 The three teams who will conduct Pirelli’s tyre testing for 2017 stand to gain an “enormous advantage” unless the rules are changed, according to Williams’ chief technical officer Pat Symonds.

Ferrari, Red Bull and Mercedes will begin testing prototype versions of the radically different 2017 tyres for Pirelli next month.

However Symonds pointed out the three teams stand to gain an advantage because of the rules, introduced this year, which allow teams to select how many sets of each tyre they want for each race.

During today’s FIA press conference Symonds said it is a “very good rule, it has done quite a lot to spice up the racing and bring a little bit of randomness into some strategies” but “it really does fall down next year.”

“Because we have to make those tyres choices before Christmas, before we’ve even run a car with the tyres, and indeed I think by the time we’ve done our testing we’ll have chosen, supposedly, tyres for the first six races.”

“Now that hands an enormous advantage, in my opinion, to the teams that have done the testing. Even if it’s blind testing, even if we’re getting that data, you won’t pick up all the nuances that the test teams have had.”

Symonds suggested altering the rule for at least the opening races of next season to help keep the playing field level.

“Perhaps for a year or for the first half of the season, something like that, we suspend the right of the teams to make that tyre choice so that we all move together, we don’t hand that advantage to Ferrari, Red Bull and Mercedes.”

“Because we would have loved to have been involved in that testing. We got quite a long way down the path of designingthe car for it but we simply just couldn’t afford to do a test like that and these costs just keep on adding up all the time.”

Ferrari’s engineering director Jock Clear said he would support a change in the rules.

“Pat is absolutely right, there will be nuances that you will get out of it by being there at the time,” he said. “he drivers involved will get a feel for it. So there’s an advantage there.”

“And certainly for all of us I think we’re well aware than making decisions for what tyres we’re going to be racing at the beginning of next year when even we have had very little touch on them is very difficult to do. So Pat’s very correct in what he says, that probably needs to be looked at.”

“We certainly don’t, and we never envisaged, our involvement with the Pirelli testing as an opportunity to steal a yard on everybody else and as such we’d be quite happy to go along with that if some way were found to even out that possible advantage early-season.”

14 comments on “Ferrari, Red Bull and Mercedes will get “enormous advantage” from Pirelli testing”