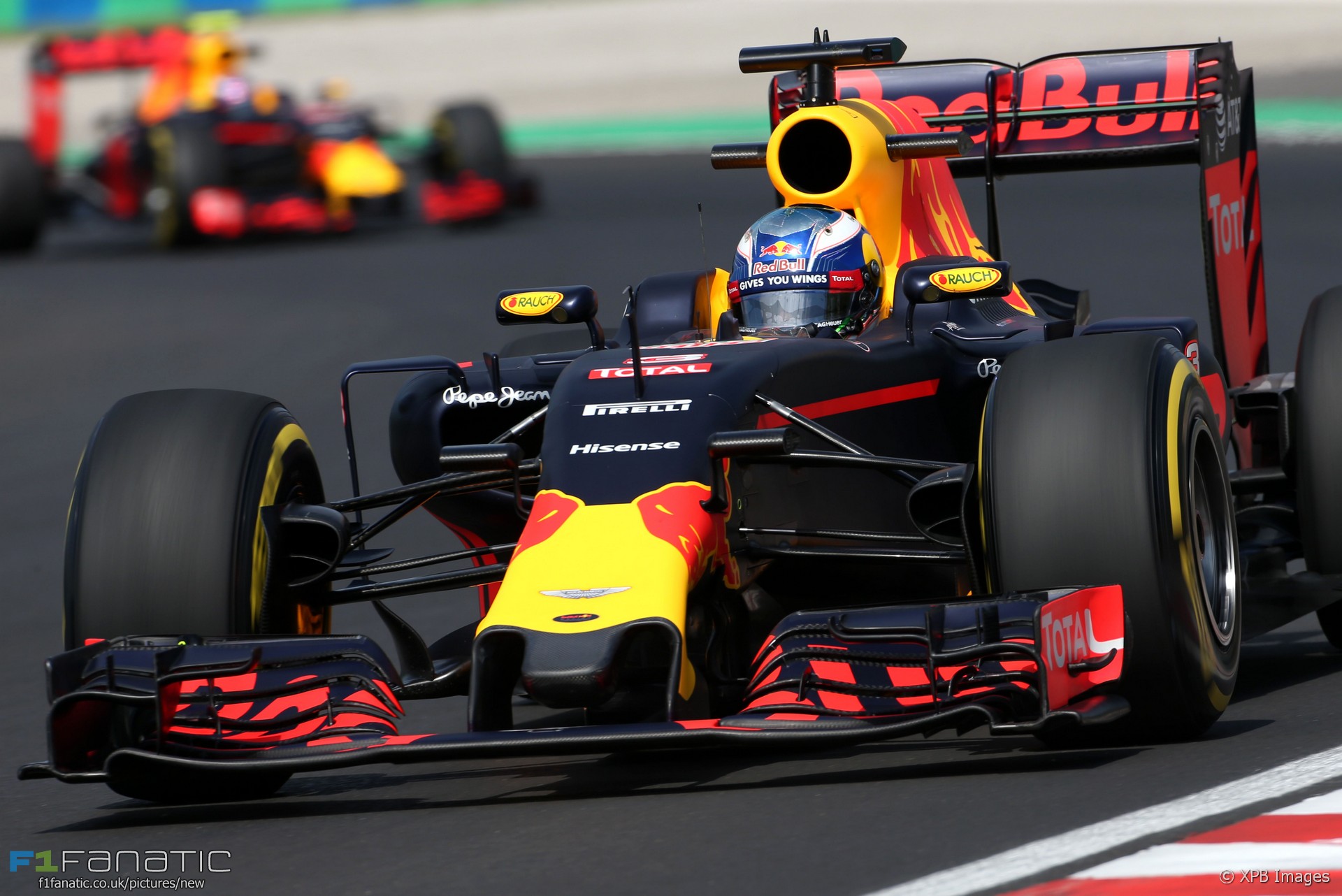 Hopes there would be more than just the Mercedes drivers in contention for victory this weekend were dashed on Friday as none of their rivals got within half a second of their best time.

Red Bull were able to live with the W06s through the longest sector on the lap – the twisty run from turns four to eleven. But on the less sinuous parts of the circuit Nico Rosberg pulled out six-tenths of a second over Daniel Ricciardo.

Could Lewis Hamilton have found even more? Possibly, but he was caught out by the slippery new entry kerb at turn 11 and put his Mercedes into a barrier. Fortunately for him the damage should not affect him beyond the time lost in the session.

The new surface and kerbs at the track have proved a significant talking point. Hamilton and Sebastian Vettel were not impressed by what they found, while Ricciardo suggested it hadn’t changed very much. For Carlos Sainz Jnr, however, the track is like “a completely new circuit” now.

“The new track surface is a big difference compared to previous years,” Nico Hulkenberg agreed. “The bumps that were one of the features of this track are gone and the new Tarmac is really grippy. I think times are already a couple of seconds faster than they used to be.”

The lap times have indeed been much quicker: 3.5 seconds lower than last year, thanks also to the super-soft tyres being available. If the track surface continues to evolve at the same rate as it did last year then by Q3 Mercedes will be within touching distance of Rubens Barrichello’s 2004 track record of 1’18.436.

Don’t expect the others to be up there with them, however. The aerodynamic upgrades introduced by Mercedes at Silverstone appear to have restored some of their advantage over Red Bull on the tighter circuits.

In Monaco, where Red Bull took pole position, they led the way on Friday. But in Hungary Mercedes look more than a match for them over a single lap and a race stint.

As for Ferrari, asked today where they needed to improve Vettel replied “sectors one, two and three”.

“I don’t think that there is one sector that stands out,” he continued. “I am not entirely happy with the balance yet, so naturally if everything comes more together I think we can improve overnight and so we will be better in all three sectors.”

Another consequence of the circuit changes is drivers may find themselves in trouble for running too wide at turns four and eleven. This wasn’t being policed during today’s non-competitive practice sessions but was for GP2’s qualifying session, where some drivers had lap times deleted. Expect more of the same in F1’s qualifying session tomorrow.

McLarne were consistently the fourth-quickest team on Friday but as we’ve seen previously they tend to find less time on Saturdays. Force India, Williams and Toro Rosso are likely to be their competition for a place in Q3.

Haas looked fairly strong on Friday which may put paid to Renault’s hopes of getting beyond Q3. Jolyon Palmer endured a frustrating day after problems with his car limited him to just 18 laps.

“We continued to have a recurring fuel issue,” he said. “We haven’t learnt too much over my side of the garage today but we seem to have got to the bottom of the fuel pressure issue so that’s a definite positive from the hard work.”