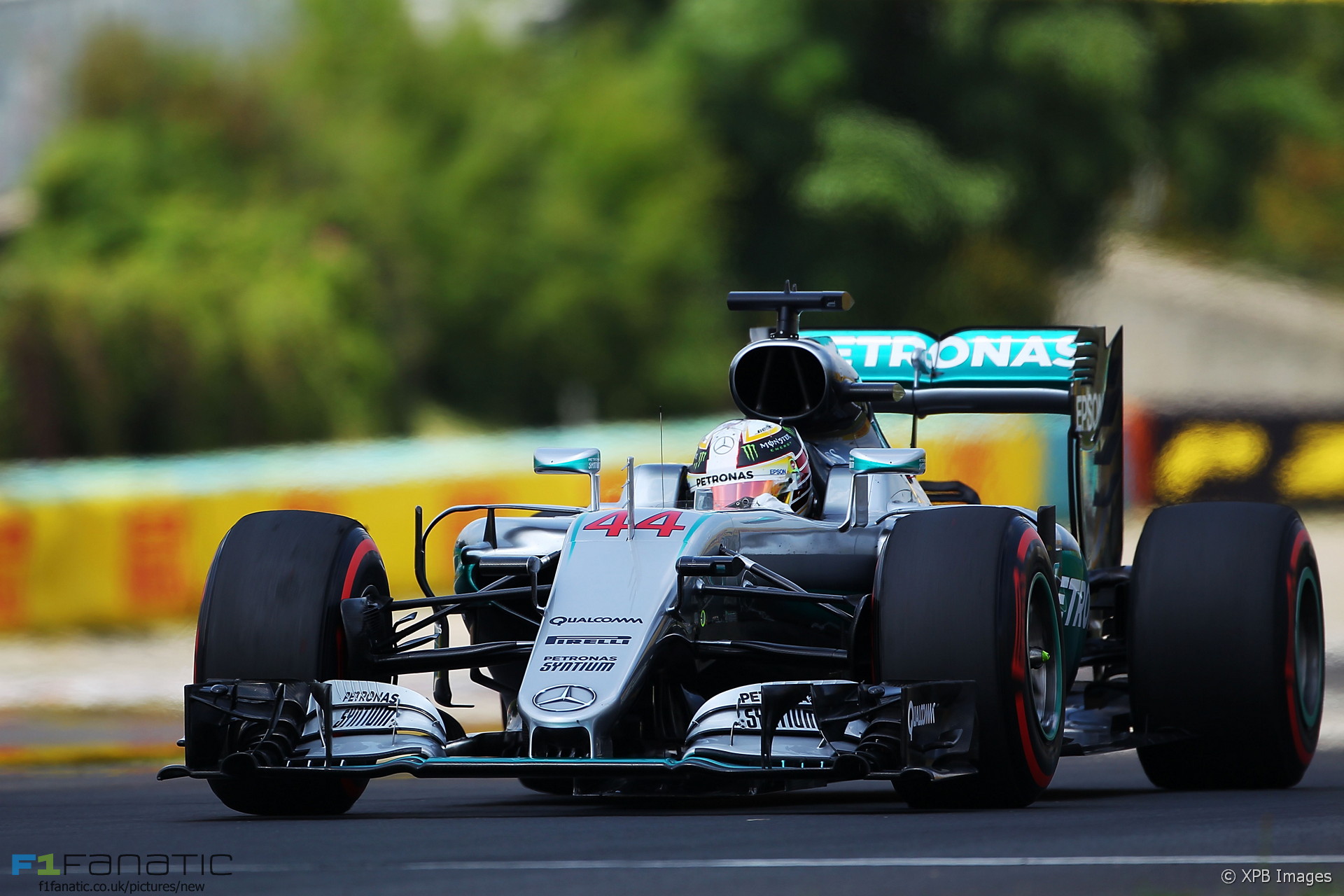 Lewis Hamilton says he is not too upset after he missed out on an opportunity to improve his qualifying time when he was forced to back off for a double-waved yellow.

Hamilton was on provisional pole as time expired in Q3 and was already over three tenths quicker than his best time in the first sector before he was forced to slow to avoid Fernando Alonso’s McLaren, who had spun in turn 11.

Nico Rosberg was not as affected by the yellow flag and completed his lap to improve his time and snatch pole position of his team mate and championship rival.

“I don’t know how much Nico was up, but I got the fastest first sector – I was four tenths up, so felt good on the lap,” explains Hamilton.

“A bit unfortunate with Fernando, but these things happen, so I’m not really too disappointed. It was a tricky session and I did the best I could do.”

Hamilton will start alongside Rosberg on the front row. With one point separating the two Mercedes in the drivers’ championship, if Hamilton finishes ahead of Rosberg tomorrow he will likely take the lead of the championship for the first time this season.

“We still have a long race tomorrow so I’ll give it everything I’ve got from there,” says Hamilton.

2 comments on “Hamilton ‘not too disappointed’ with second”