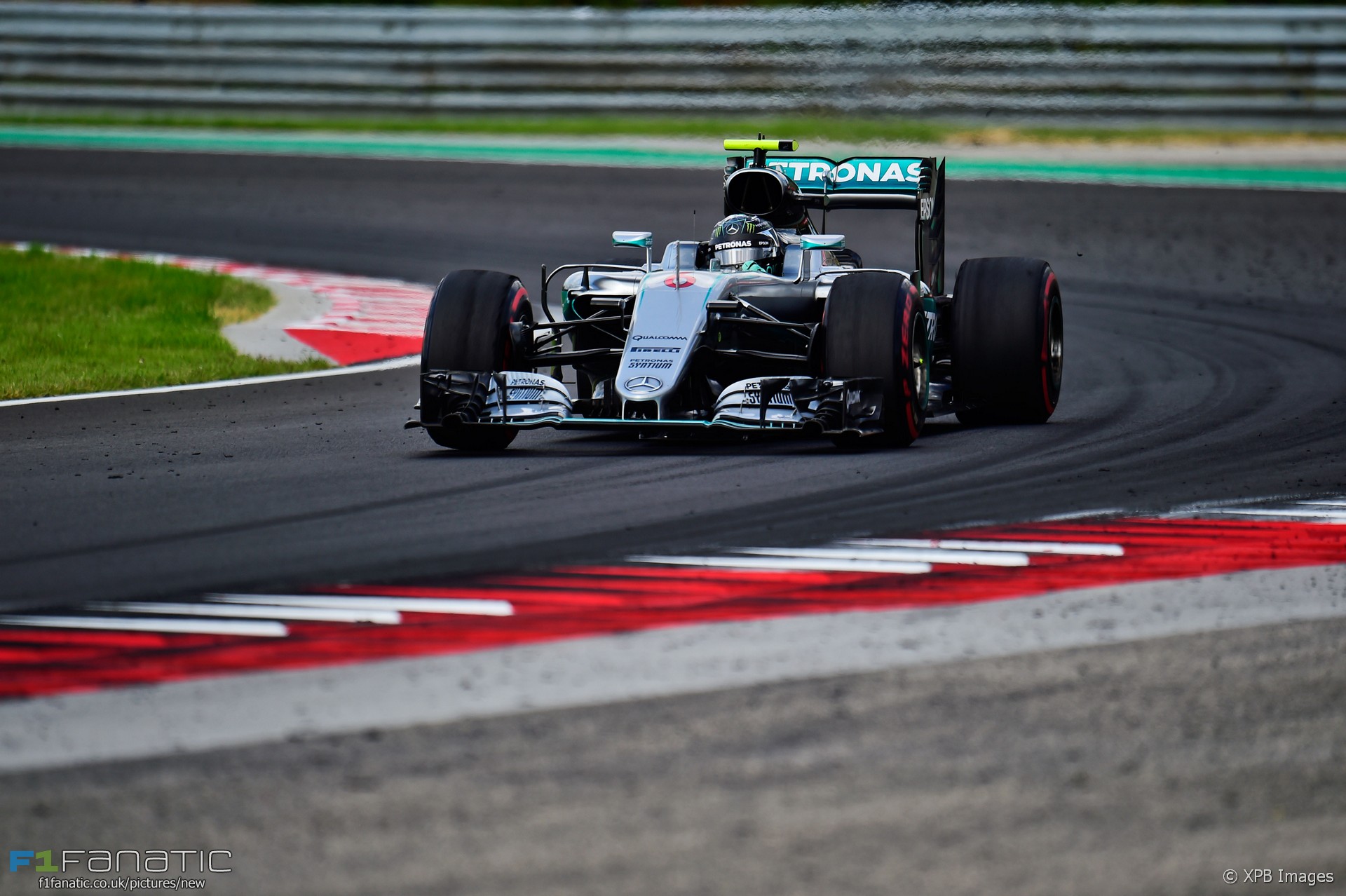 Nico Rosberg topped the final practice session ahead of qualifying for the Hungarian Grand Prix, but Mercedes will be wary of the Red Bull threat after Max Verstappen almost matched the Mercedes benchmark.

The Red Bull driver was just two thousands of a second slower than Rosberg after final preparations for this afternoon’s qualifying session, while Daniel Ricciardo went quicker than Lewis Hamilton.

In a dry, warm session, there was little in the way of drama or problems that hit many drivers in yesterday’s sessions. Track limits were a considerable issue, however, with Esteban Gutierrez and Lewis Hamilton just two of the drivers who had times deleted for exceeding the exit of turn four.

With the final pre-qualifying runs in the closing minutes and all cars on super-soft tyres, Rosberg lowered the fastest lap of the weekend so far with a 1’20.261, but Max Verstappen stunned many by producing a lap time that was only two thousands of a second off the Mercedes’s benchmark.

Daniel Ricciardo was almost half a second adrift, but produced a quicker time than Lewis Hamilton who was playing catch-up after his second session crash yesterday.

Ferrari were closer too, with Kimi Raikkonen’s time less than a tenth slower than Hamilton’s and Ricciardo’s. McLaren-Honda backed up their promising pace with Fernando Alonso in seventh, but Jenson Button could only manage the 13th-quickest time after complaining of further rear-end instability.

Renault too showed promise heading into qualifying, with Jolyon Palmer in the top ten and Kevin Magnussen in 12th.

The key question is now how much pace the Mercedes duo have left in reserve as the Red Bulls appear to be uncomfortably close around the Hungaroring.