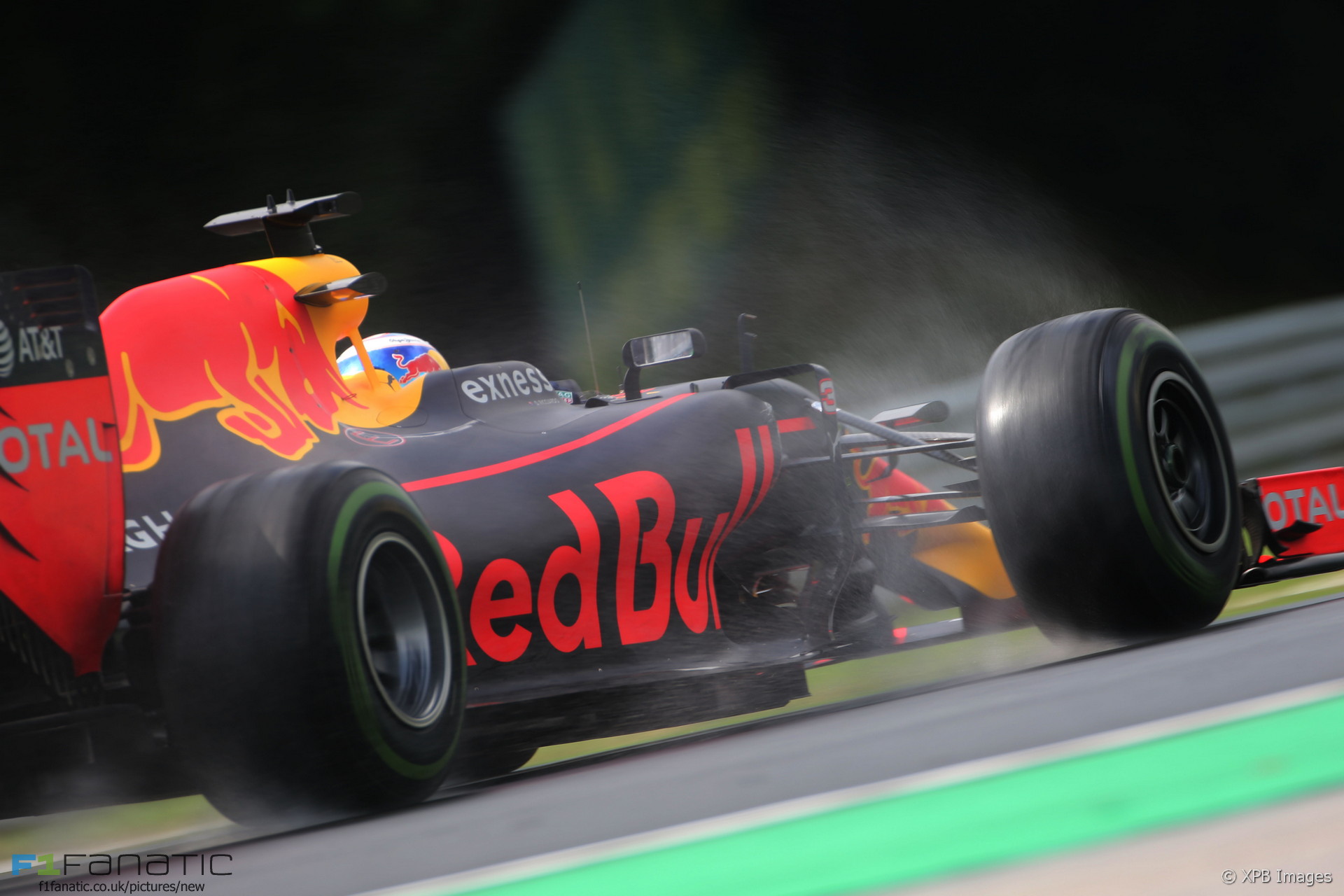 Daniel Ricciardo admits that he was frustrated after a late yellow flag forced him to back off from his final flying lap in the closing moments of qualifying.

The Red Bull driver was one of many who was forced to yield under double yellows after Fernando Alonso spun his McLaren in turn 11. Ricciardo was on a personal best lap at the time of the spin.

“We got hurt by the yellow as well,” explains Ricciardo. “I was pretty angry on that last lap because I was up a bit and I think it would’ve put me closer to pole. It would’ve been interesting without a yellow, so I’m a little bit disappointed because it’s maybe a ‘what could’ve been’.”

Red Bull were hoping to mount a serious challenge to Mercedes for pole after showing good pace in practice, but after a frantic wet-dry qualifying, the team had to settle for the second row with Ricciardo out-qualifying team mate Max Verstappen, who will start fourth.

“At the same time I think it went really well,” says Ricciardo.

“In all conditions we were competitive. But it was crazy. You had to adapt quickly – when to go onto the slicks. Even the little things like getting out of pitlane on the slick tyre when it was so wet – sideways coming into turn one. It was challenging.

“In the last corner – I think it was in Q3 – there was still a little wet patch on the kerb and it sucked me in as I opened DRS as well, so I was in for a little bit of a ride, but in the end I survived.”