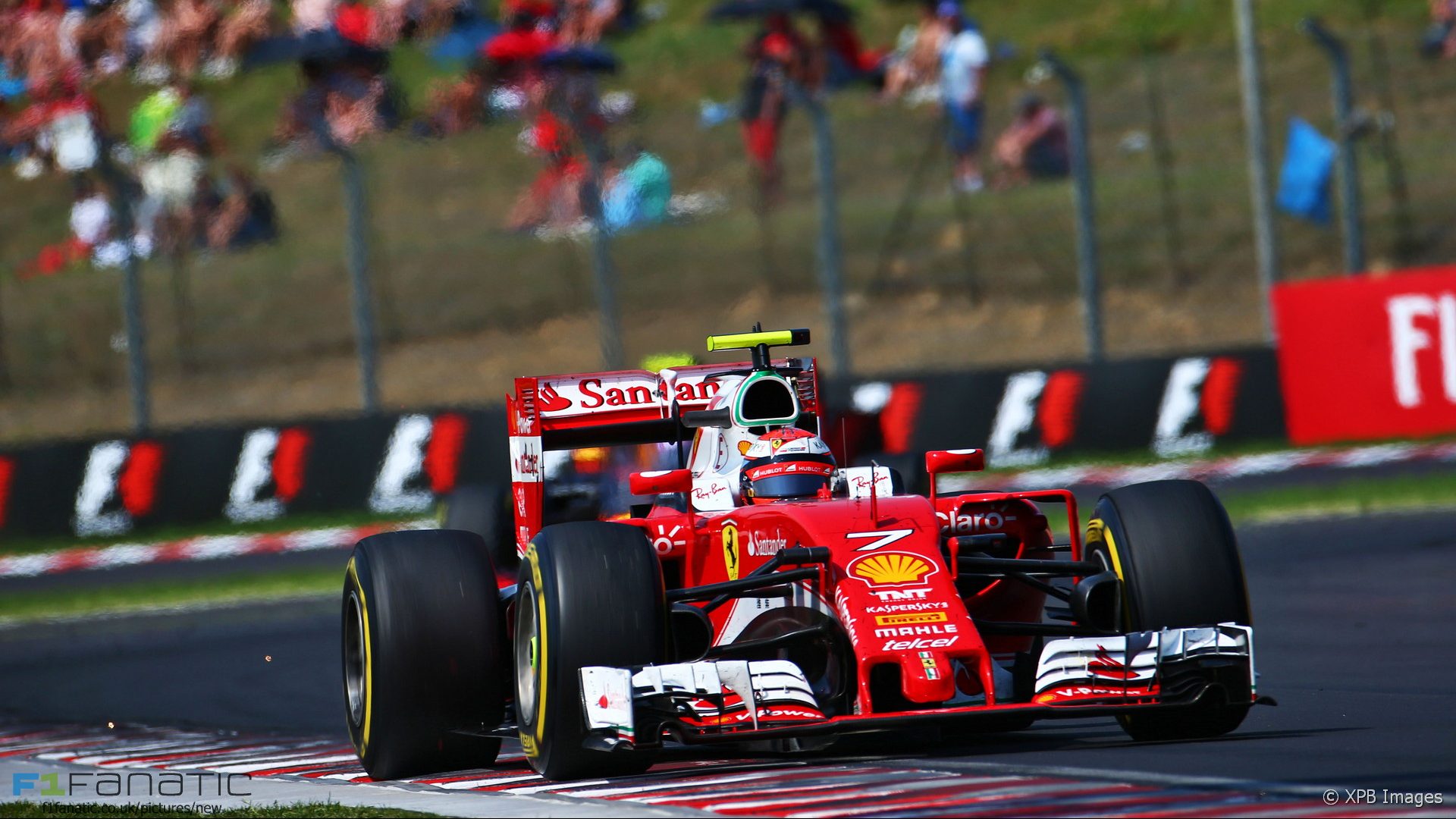 There was little variation in strategy between the front runners at the Hungaroring. One stint on super-soft tyres followed by two on softs was the preferred route to the end of the race for all the points-scorers, with a single exception.

That was Kimi Raikkonen, who had a strong incentive to explore an alternative strategy having qualified only 14th. His early ejection from the rain-hit qualifying session gave him the benefit of more sets of fresh super-soft tyres compared to the other front-runners.

Raikkonen therefore started on the soft tyres, made his first pit stop much later than the others, and went to the end with two stints on the super-softs. However it wasn’t enough to help him overtake Max Verstappen,despite the Red Bull driver having a 12-lap-older set of the harder soft compound tyres.

Mercedes performed the fastest complete pit stop of the race for Nico Rosberg when he pitted for the first time.