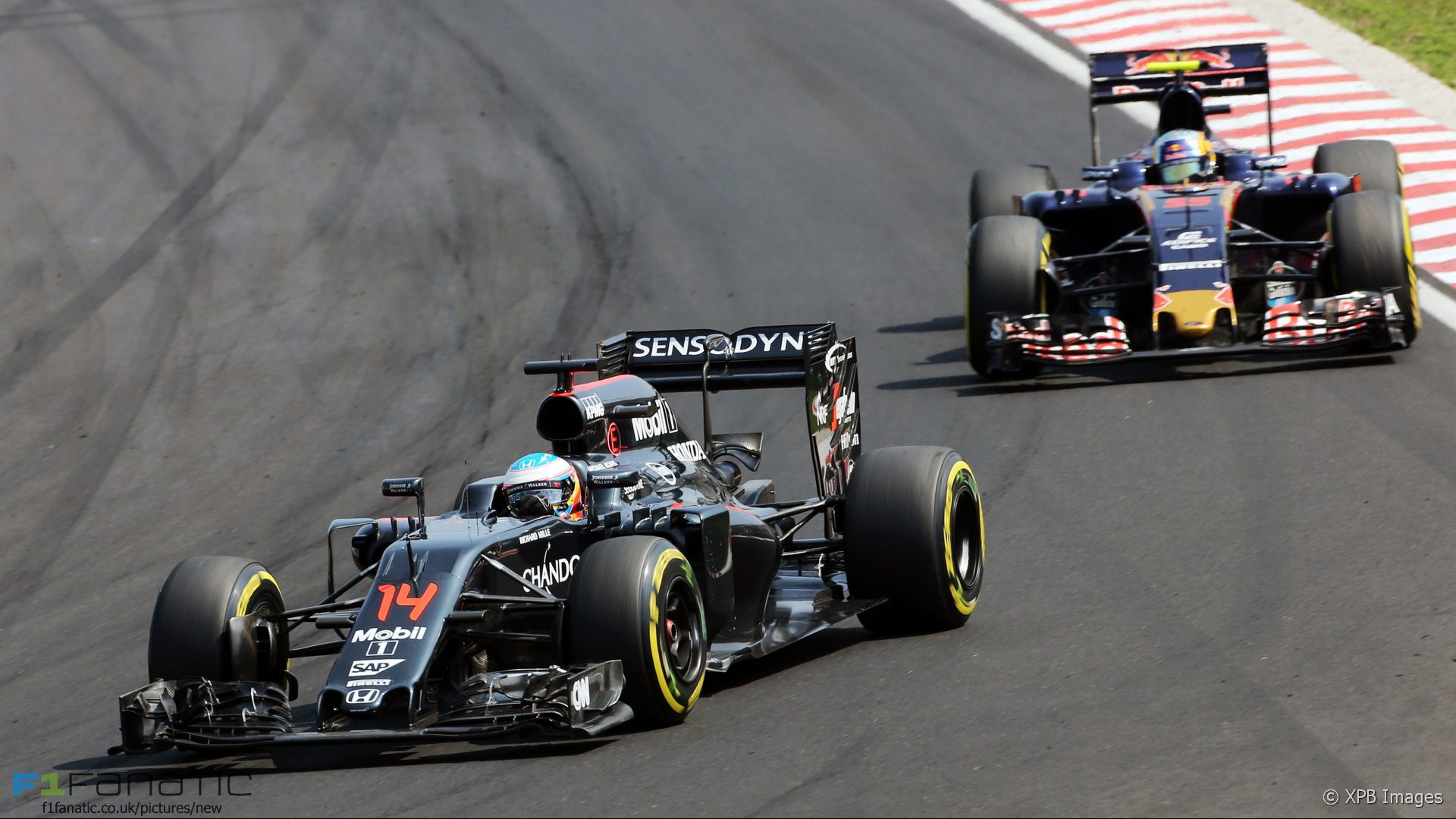 Fernando Alonso says he believes McLaren were the ‘best of the rest’ behind Mercedes, Red Bull and Ferrari in Hungary after finishing seventh.

After McLaren’s strongest weekend of the season so far in which both Alonso and Button were consistently inside the top ten, the former world champion says that he feels the team achieved the maximum result possible.

“I think we were the best of the rest,” says Alonso.

“I think Mercedes, Ferrari and Red Bull are out of reach at the moment, so in the other mini-championship that we race in, I think today we delivered the best result possible. So happy with that and hopefully we can keep this progression.”

Alonso spent the race in and around seventh place, under little pressure from behind but unable to challenge the six cars ahead.

“It was actually boring, to be honest, in some points of the race,” Alonso adds. “Not much action today. Unfortunately not normal Budapest show. Only one retirement – Jenson, unfortunately, with some engine prorblems.

“I think Silverstone and here are two different circuits and we were more or less competitive in both, so looking forward to next weekend.”

18 comments on “Alonso: McLaren were ‘best of the rest’”