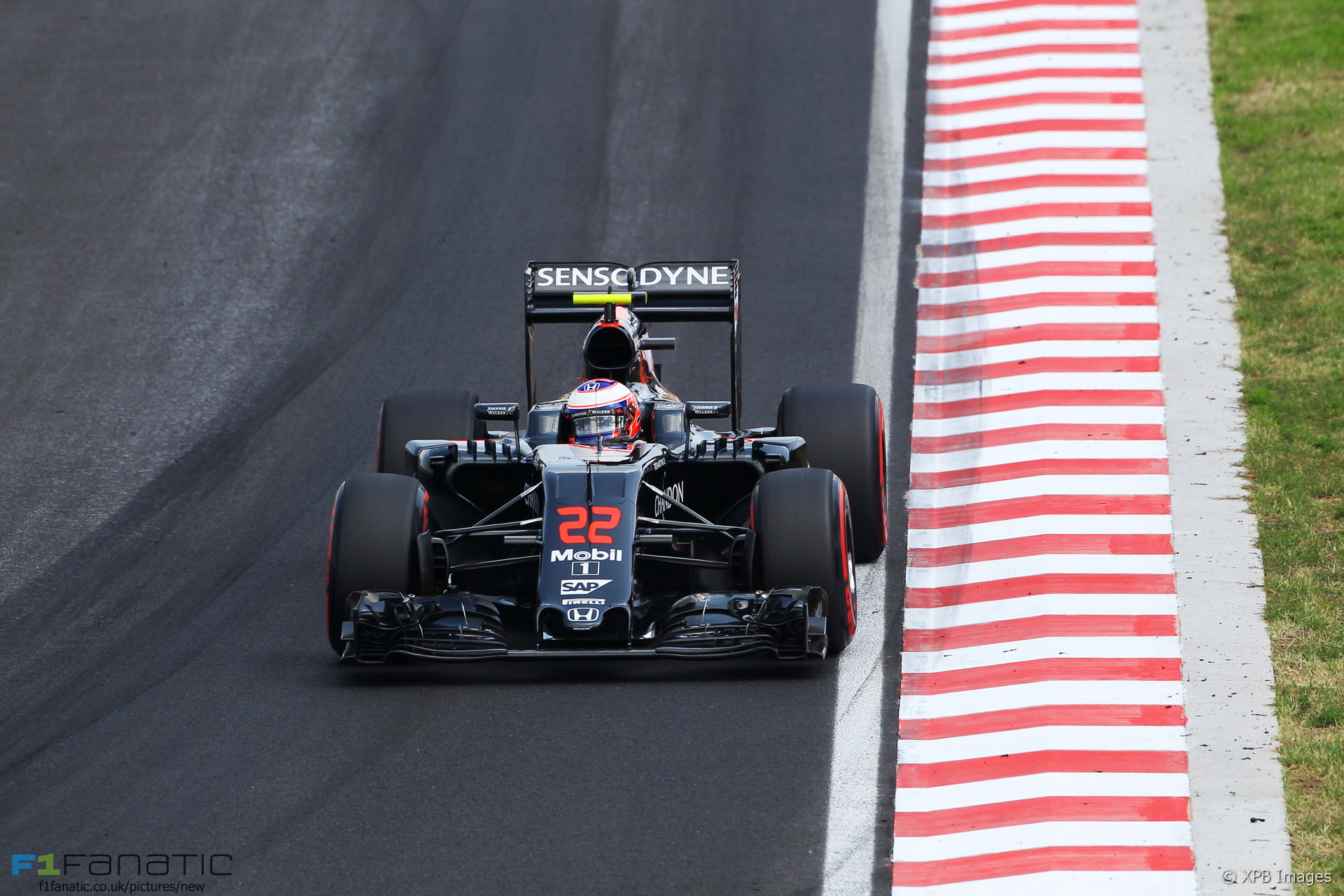 Jenson Button says that common sense should prevail after he received a drive-through penalty for receiving an illegal radio instruction during the Hungarian Grand Prix.

After alerting his team that his brake pedal was “going to the floor”, McLaren advised him that his car had a hydraulic issue and instructed him not to shift gears.

This was immediately investigated by stewards for being a breach of radio communication restrictions, who awarded him a drive-through penalty soon after.

“I was told it was a sensor failure and so I was told to change something on the steering wheel that would mean it wouldn’t happen again,” explains Button. “So by avoiding an accident, I got a penalty.

“We had a safety issue. The brake pedal kept going – it was on the floor. So basically I had some brakes, but nowhere near as much braking. For me, it’s a safety concern. And for rectifying a safety concern we get a drive through penalty. The sport is good in so many ways and there are so many improvements coming, but common sense should prevail and we shouldn’t get a penalty for avoiding an incident.”

The incident follows a controversial post-race penalty awarded to Nico Rosberg after the British Grand Prix, who only received a ten-second time penalty as opposed to a drive-through equivalent.

Button says he supports the concept of radio restrictions, but believes the current rules should provide greater scope for drivers to receive information about matters of safety.

“It’s a shame that the sport is where it is with these regulations,” says Button.

“I completely understand that a driver shouldn’t be told what to do. It should be down to us – looking after the tyres, what gear we use in every corner. I love that it’s down to us. But it’s stupid that we have a rule that says we get a penalty for stopping an incident like we did today. ”