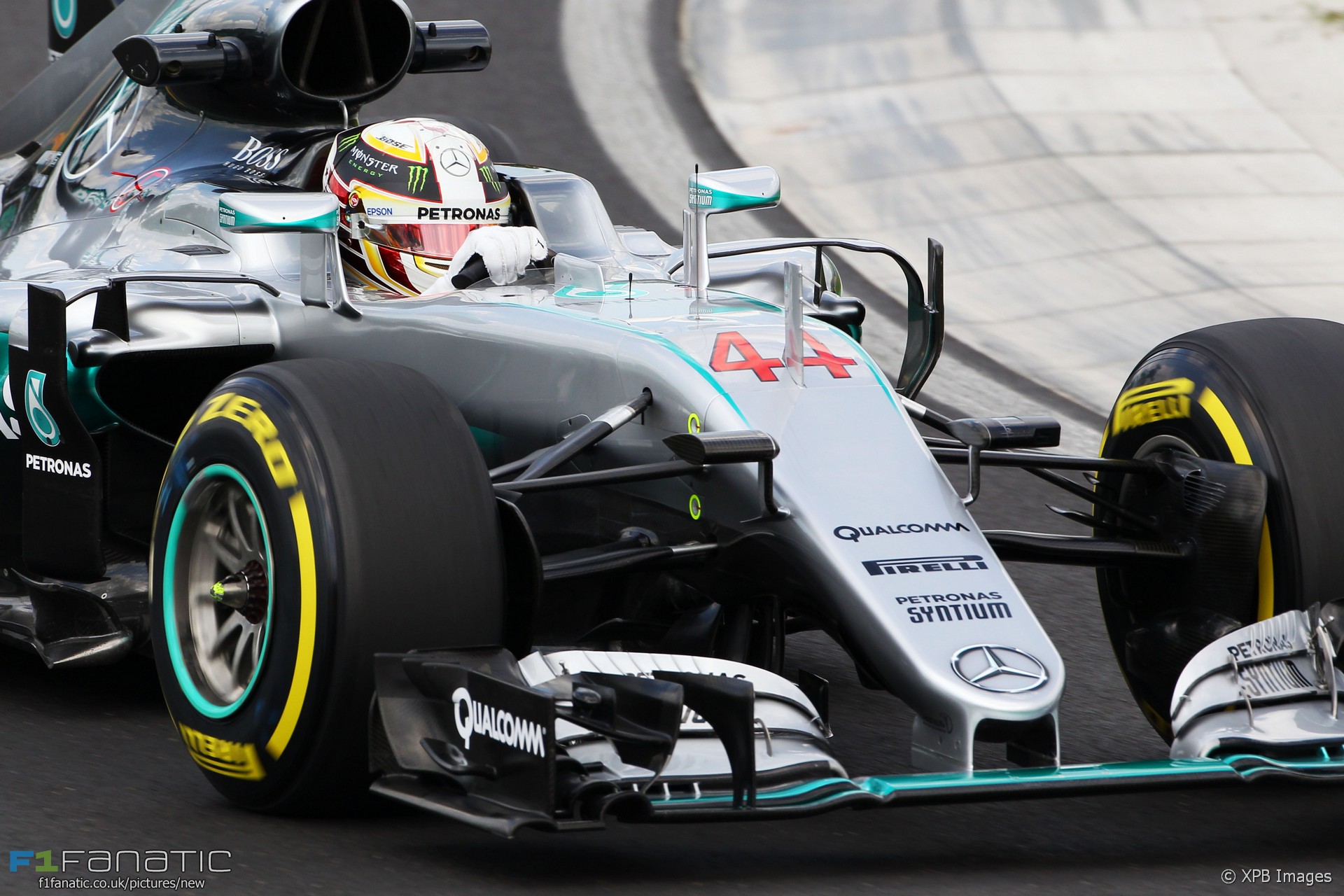 Lewis Hamilton took his fifth victory at the Hungaroring after beating team mate Nico Rosberg to win the Hungarian Grand Prix to take the lead of the drivers’ championship.

Hamilton leapt out front at the start and was only ever headed during the pit stop cycles as he managed the gap to Rosberg behind and take the chequered flag and the championship lead.

As the lights went out, it was Hamilton who got the better start of the two Mercedes and swept into the lead into the first turn. Ricciardo also got a great start and tried to pass the Mercedes pair around the outside and appeared to have dispatched Rosberg, but the championship leader was able to snatch second position back from the Red Bull into turn two.

Vettel was the first to stop for soft tyres at the end of lap 14, immediately going purple. Ricciardo was the next to stop, but when Verstappen pitted a lap later, he resumed behind the Ferraris of both Vettel and Raikkonen, who was yet to stop on soft tyres.

Rosberg began to close the gap to Hamilton in front, while Ricciardo slowly started to reel in both Mercedes in third. Red Bull opted to pit Ricciardo for fresh soft tyres at the half way point, but Mercedes did not immediately react to cover the move.

Hamilton eventually stopped on lap 41, resuming comfortably ahead of Ricciardo. Rosberg too pitted the following lap, keeping his second place.

After keeping Verstappen behind him for over ten laps earlier in the race, Raikkonen found himself chasing down the Red Bull for fifth in the final stint. Verstappen defended the Ferrari’s attacks robustly, with Raikkonen clipping the back of the Ferrari into turn two and losing part of his front wing.

Rosberg did briefly begin to put his team mate under mild pressure in the final stint but was unable to mount a genuine challenge for the lead of the race. Hamilton counted down the laps to take his fifth victory at the Hungaroring and the lead in the drivers’ championship.

Sebastian Vettel tried a late challenge on Daniel Ricciardo, but could not pass the Red Bull driver, who held on to take the final podium place. Verstappen held off Raikkonen, while Fernando Alonso capped off a strong weekend for McLaren with seventh. Carlos Sainz, Valtteri Bottas and Nico Hulkenberg rounded out the top ten.

97 comments on “Hamilton takes win and championship lead in Hungary”