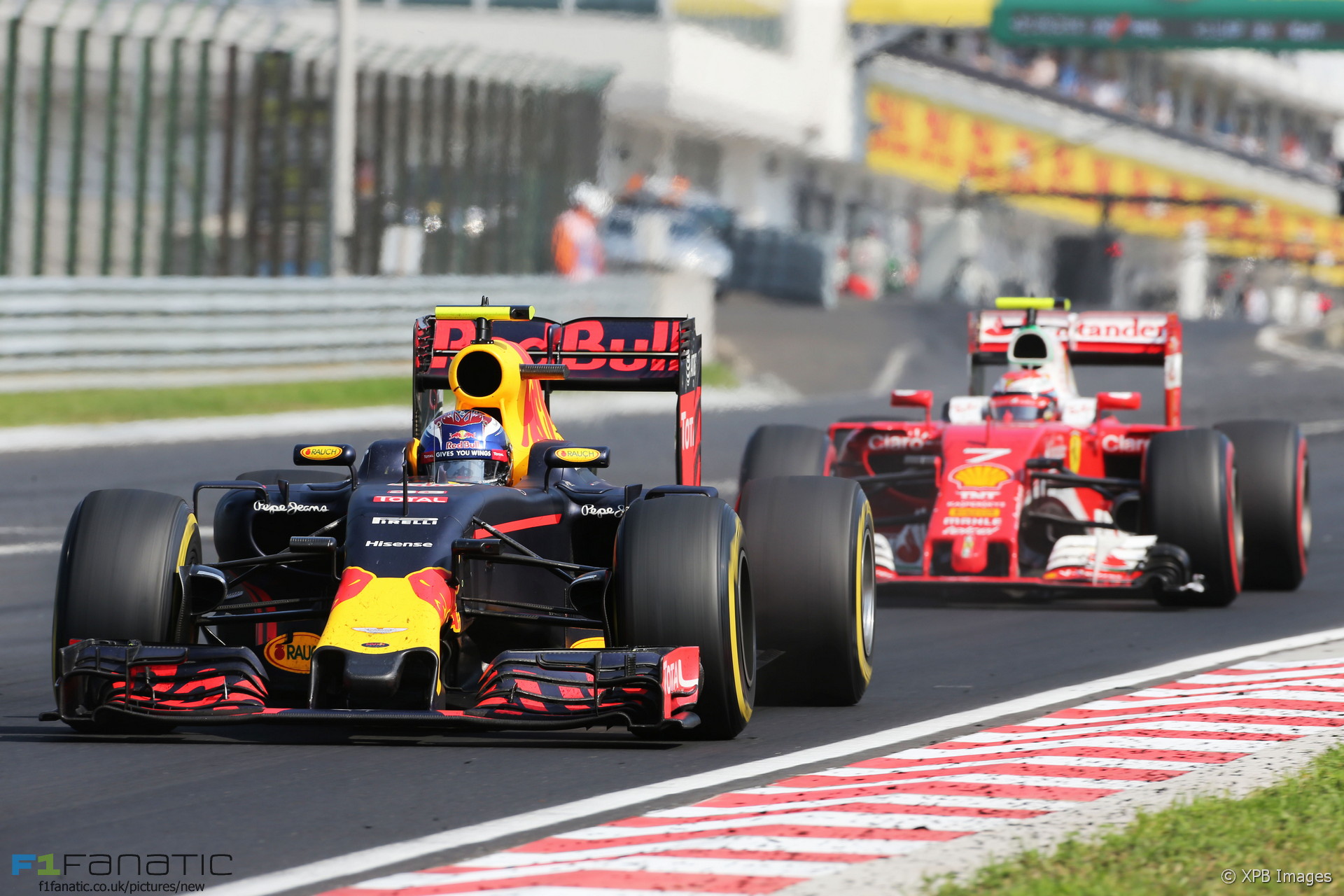 Kimi Raikkonen says he has seen drivers penalised for less than what Max Verstappen did in defending his position in the closing stages of the Hungarian Grand Prix.

After attempting a pass in turn two on lap 57, Raikkonen made slight contact with the rear of the Red Bull, losing part of his front wing, before complaining over radio that Verstappen was illegally changing his line in the braking zone.

Raikkonen made great use of a long opening stint on soft tyres to move up from 14th to sixth, but after catching Verstappen he was unable displace the Red Bull driver.

“I am disappointed because I couldn’t get past him [Verstappen] and catch the rest,” says Raikkonen. “But the car was behaving well and I had a good speed but obviously it’s not the easiest place to overtake.”

After holding on to sixth, Verstappen says he feels he was not overly aggressive in his defence of his position.

“I think as a driver, you always try to find excuses or something,” Verstappen says. “But I think only moved once very time, so for me there was no issue.”

103 comments on “Raikkonen surprised Verstappen was not investigated”