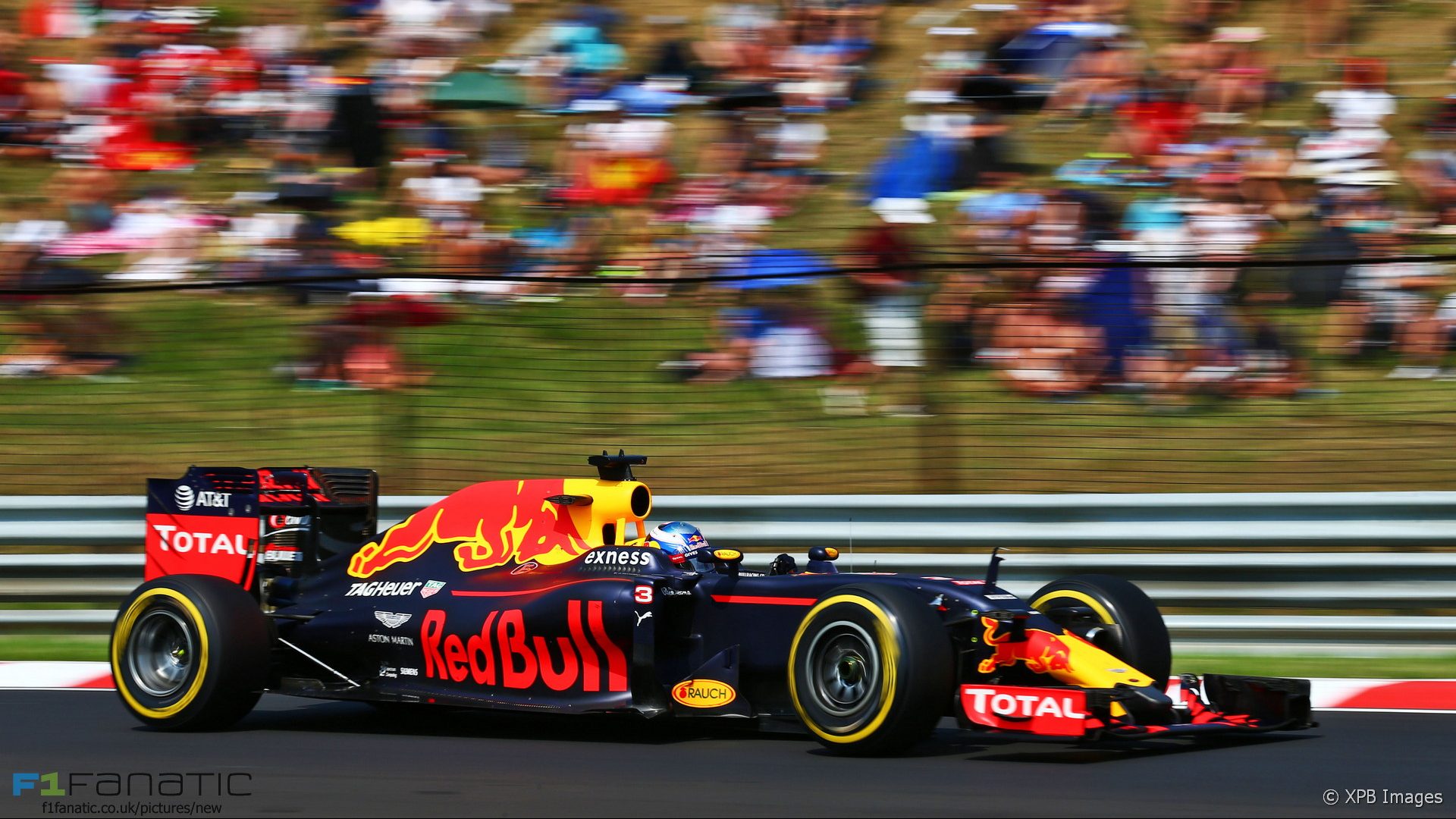 Daniel Ricciardo says that he felt relieved to have held on to finish on the podium after holding off Sebastian Vettel in today’s Hungarian Grand Prix.

The Red Bull driver had run in third for the majority of the race and at one stage appeared to be catching the leading Mercedes, but fell back and survived a late challenged from Vettel’s Ferrari in the closing stages.

“I’m pleased with the podium,” says Ricciardo. “I think the first part of the race we looked quite competitive. But then yeah, it looked like Mercedes had a bit more in their back pocket and were able to improve the pace as the race went on.”

“In the end the fight was then with Sebastian. It got pretty close at the end; did quite a long stint on those tyres. It wasn’t easy. The last lap, I’m sure he had DRS and, at least in my mirrors, it looked like he got quite close in Turn One. So, yeah, bit of a fight. So it was a bit of a relief actually coming across and keeping third.”

Ricciardo briefly appeared to have taken second from Nico Rosberg in the first turn after a bold move around the outside, but lost out in turn two when the Mercedes fought back.

“Obviously we got close at the start and tried around the outside of Turn One and I couldn’t really see – I think at the time – Lewis, when Lewis and Nico were in my blind spot,” says Ricciardo.

“So at the apex of Turn One I thought I was in the lead and then saw one of the Mercedes sneak up on the exit. And then, yeah, into Turn Two, I was just on the inside and Nico had a clear run and got better drive.”

The race marks only the second podium appearance of the season for Ricciardo, after he finished second in Monaco after a disastrous pit stop most likely cost him victory.

“It’s great to have another podium this year,” Ricciardo says.

“Obviously the first one was a bit bittersweet but this one I can definitely enjoy and for sure the smile’s back. Super happy to be here today. It’s three years in a row I’ve been on the podium at this circuit.”