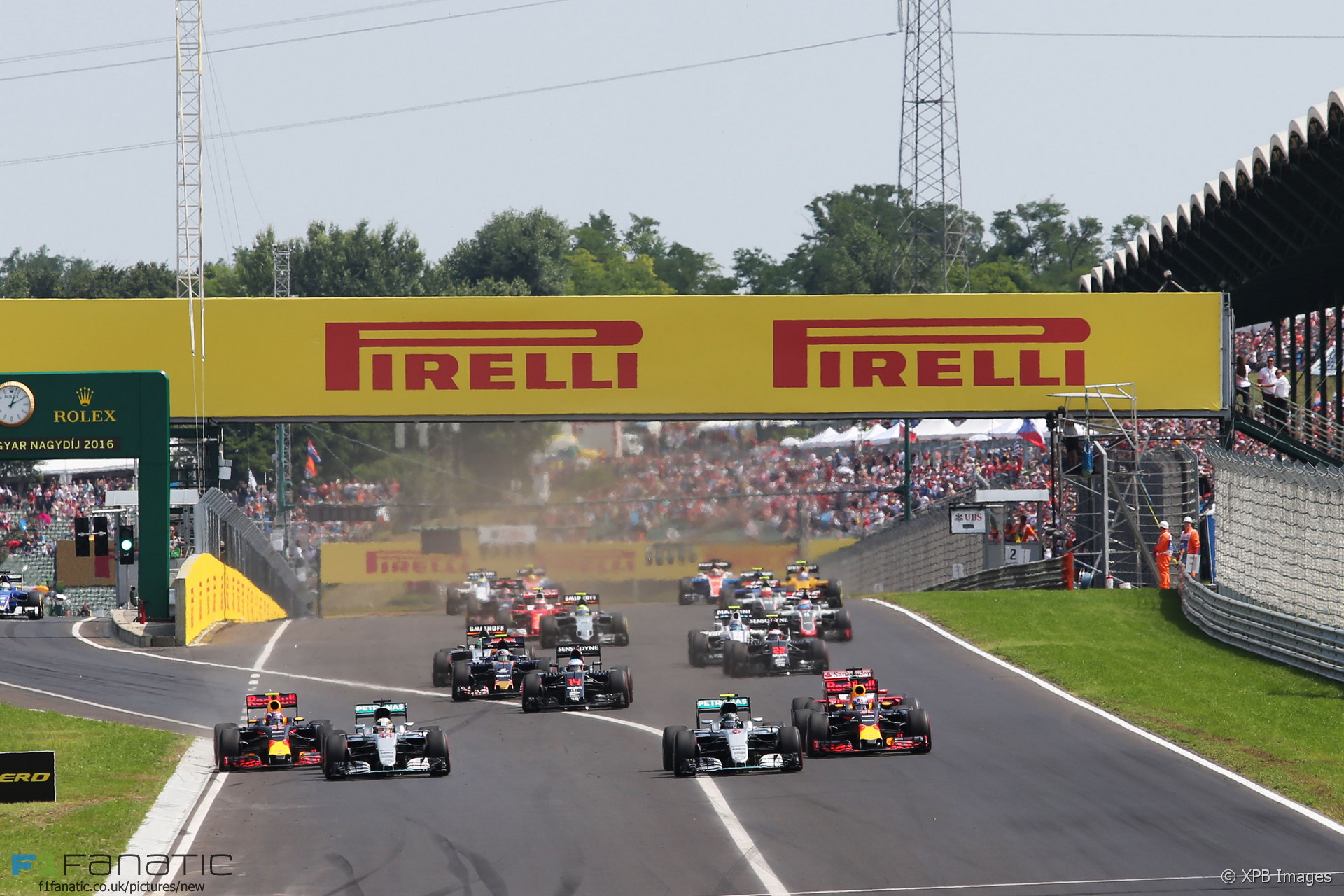 Nico Rosberg believes that the Hungarian Grand Prix was all but decided in the rush to the first corner, in which Lewis Hamilton took the lead.

Rosberg started from pole but was passed by both Hamilton and Daniel Ricciardo in the first corner. The Mercedes driver managed to take back second place in turn two, but was unable to challenge his team mate for the win.

“It was all down to the start in the end,” explains Rosberg. “I lost out a little bit and then into turn one, with Daniel [Ricciardo] on the outside and Lewis on the inside, I ran out of space and had to bail out of it. That was it, really.

“I was happy to take Daniel back at turn two and from then I was trying to put as much pressure as possible on Lewis. But of course it’s not possible to pass on this track.”

Hamilton’s victory meant that he now heads the drivers’ championship for the first time this season. But despite losing the lead, Rosberg says he is not too concerned just yet.

“As I’ve always said, I’m not counting the points. There’s a long, long way to go. Anything is possible. I just want to focus on winning races – that’s what I wanted to do today. But it didn’t work out, unfortunately.”