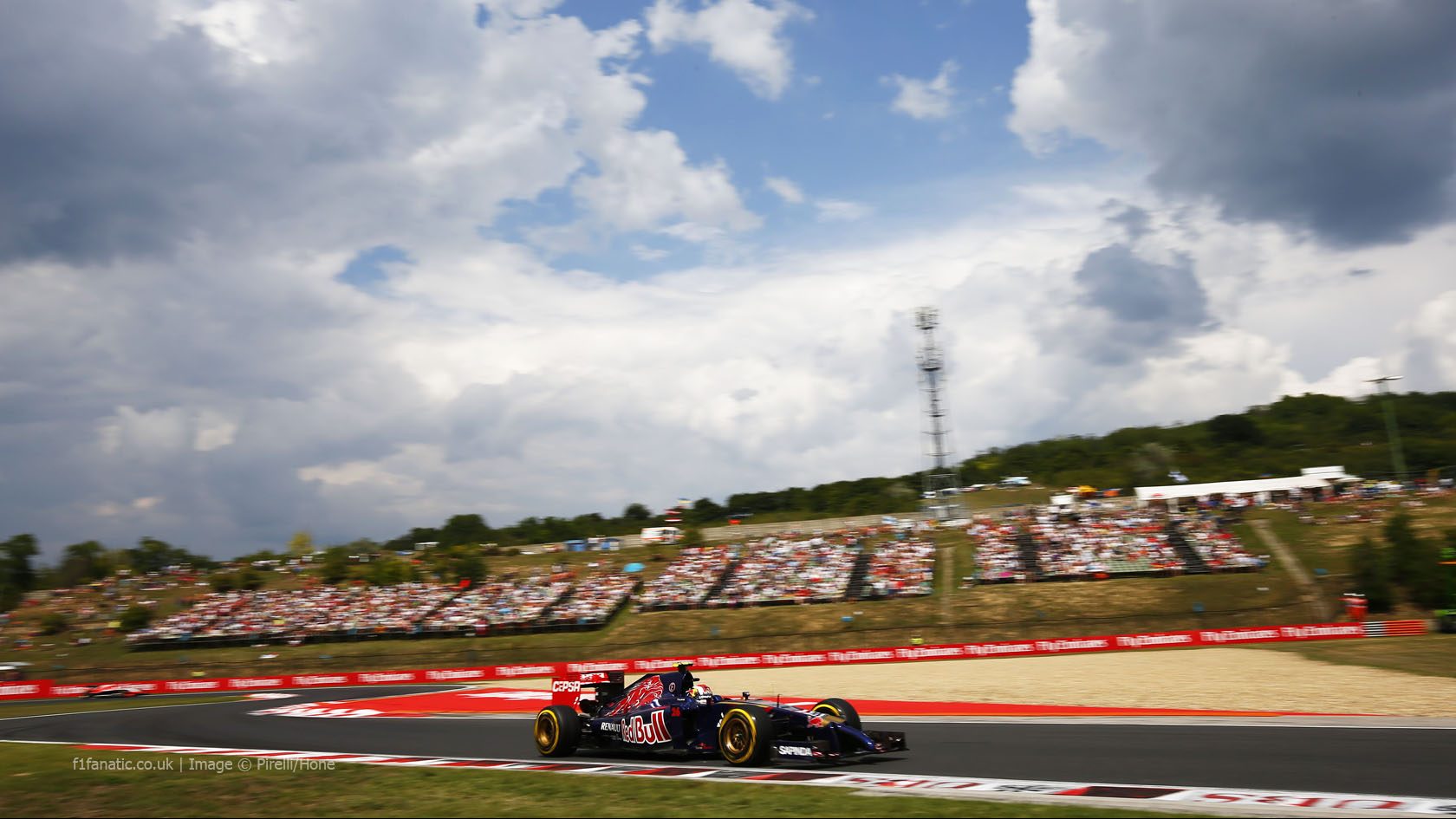 After two rain-affected race weekends conditions should settle down for F1’s return to the Hockenheimring in south-west Germany this weekend.

Consistently warm conditions with temperatures reaching up to 28C are expected over the next three days at the circuit. The only question mark over the forecast at the moment concerns Sunday’s weather.

Following late and quite persistent rainfall on Thursday, Friday and Saturday are expected to remain dry. But a change in conditions is expected late on Sunday when rain will become a stronger possibility.

However that’s still three days away, so it’s possible we could see some development in the forecast over the coming days. The chances of a wet grand prix are small, but the FIA’s official weather forecaster notes “the risk of a shower affecting the race cannot be ruled out”.

4 comments on “Little chance of rain during German Grand Prix”