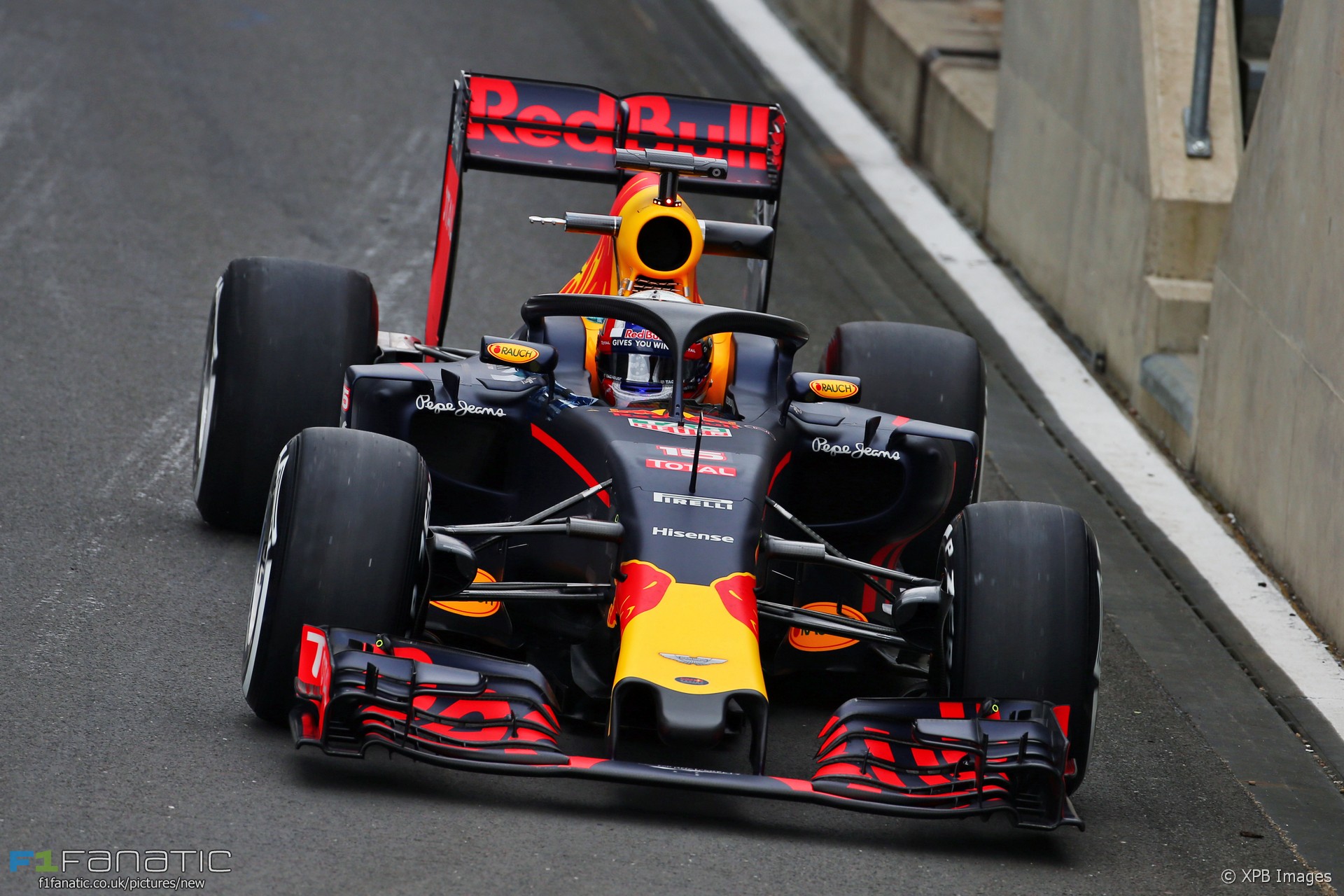 In the round-up: FIA president Jean Todt and FOM chief Bernie Ecclestone are expected to clash over the merits of the Halo driver protection enhancement in a meeting today to decide on its use in 2017.

Bernie Ecclestone: "We don’t need it because it won’t do any good,. It won’t save anybody."

FIA may have to force halo through after vote (Autosport)

"The FIA could decide to play its trump card in such situations and declare the halo will still be a part of the technical regulations for 2017 on safety grounds."

"I think we are here to race, I think one of Max's strengths is that he very aggressive, obviously sometimes he over-stepped the line but I'm against the whole policy of penalties and very complicated ruling."

"The rules regarding yellow flags do not state clearly how much you have to slow down in case of a yellow flag or a double-waved yellow flag. I think it needs a number – perhaps a fixed percentage in accordance with previous laps at this point."

"That was my first thought - it's better that they're not in sync. But then I found out that maybe it's an interesting option, maybe they'll have more momentum in the last year."

"The sprawling slums – known as favelas – are easy cover for the ruthless. At Grand Prix time, wealthy F1 drivers, team bosses and sponsors use bullet-proof cars."

This used to be the first chicane at Hockenheim. pic.twitter.com/kFjR0UA6yp

I still love James's line to me "#F1 is basically misery…." When discussing the lows, then the extreme highs of winning. I wish him well.

Whatever the reason for James Allison’s departure from Ferrari, his loss is a blow for the team:

As a Ferrari fan, i wish Allison and his children all the best and i hope that he will return even stronger after the tragedy he suffered. He showed many times that he’s a great man, not everyone will sacrifice that luxurious job even for his family.

This is a big blow for Ferrari not only from a sporting point of view, but also from a personal point of view. Allison himself is a Ferrari fan, he was part in the dream team in the early 2000’s and he accepted the mission of bringing back Ferrari to the front despite the more comfortable opportunities in the UK-based teams (McLaren, Williams, Mercedes, Red Bull).

I remember he brought me into tears after the 2015 Malaysian Grand Prix.
@Tifoso1989

45 comments on “Ecclestone and Todt on collision course over Halo”