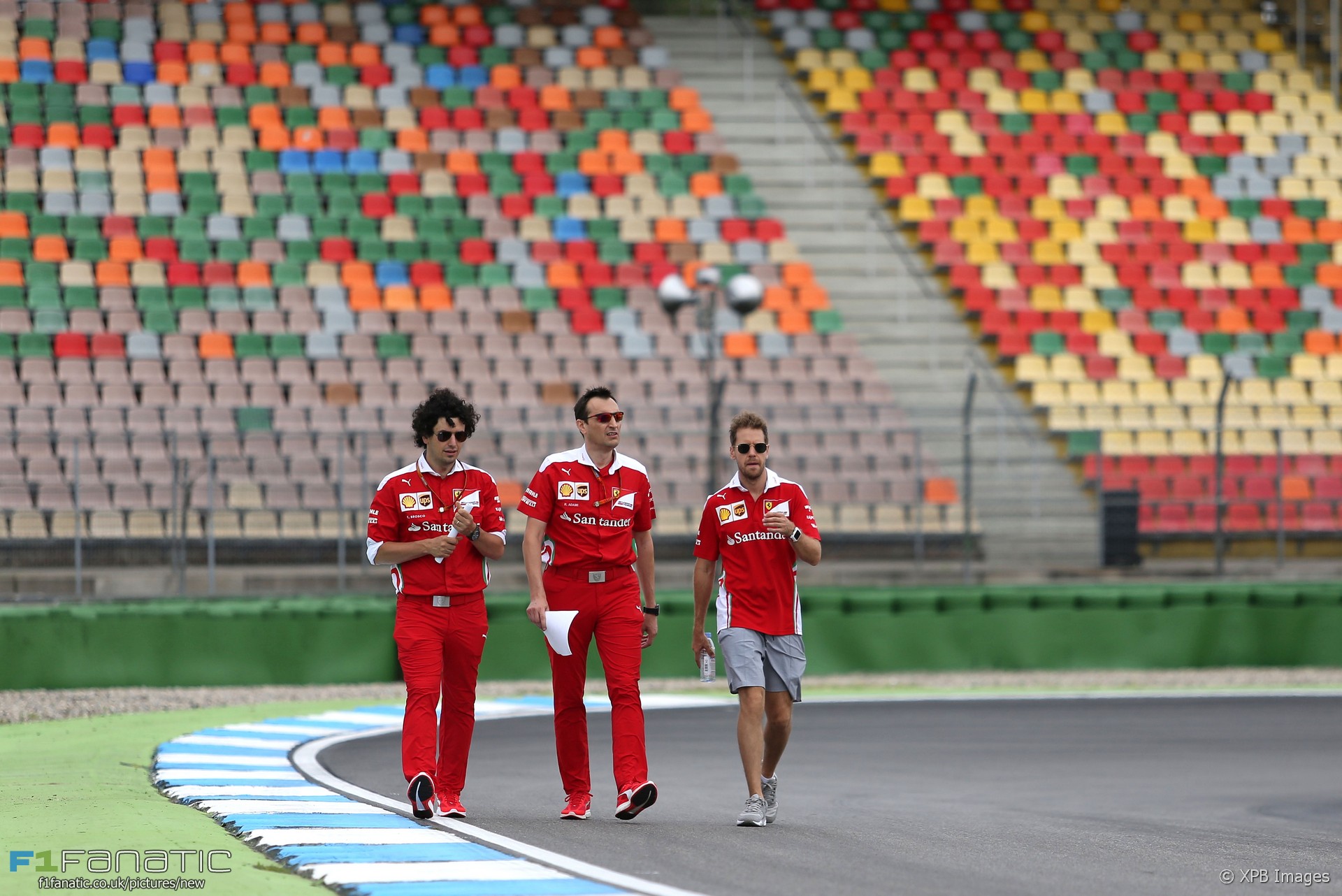 Sebastian Vettel believes the high cost of attending races and reduced engine noise explains the fall in spectator numbers at venues such as the Hockenheimring.

“It’s clear nowadays, let’s say the last couple of years haven’t been that popular,” he said during today’s FIA press conference. “There’s been a lot of negative in the press and obviously people, fans, follow that as well and that doesn’t help.”

“I think Formula One has lost a little bit of its excitement in terms of just if you listen, the cars are a lot more quiet, which also then looks a little bit less spectacular, even though it’s not true, corners speeds are as high as they’ve ever been. Just when we go on power it doesn’t sound as nice as it probably did in the past.”

“So there’s a couple of reasons and I think it general grandstand tickets are too expensive. In my point of view they should be a lot cheaper, a lot more affordable, so a lot more people would be tempted to spontaneously say ‘yes, let’s go, we want to be part of it and let’s not miss it’.”

Germany had two world championship races per season during the height of Michael Schumacher’s success but had no round at all last year. Vettel said it was Schumacher who made F1 truly popular in Germany.

“I think he was obviously the first German world champion and the first one that made Formula One really popular in Germany,” he said. “Obviously Formula One has been around for a long time and also there were a lot of races in Germany, but I think the real difference is that we didn’t really have a local hero for a very, very long time.”

“There were Germans participating, but obviously if there is one really, really successful one, winning a lot of races, that’s what attracts a lot of the attention. That’s what also caused the hype initially and caused the grandstands to be full.”

“I think entering the Motodrom in the old days was a bit different than nowadays, because the track was different, all the other parts of the track there was only trees, so I think that’s different now, you have big grandstands around the track, a bit more spread.”