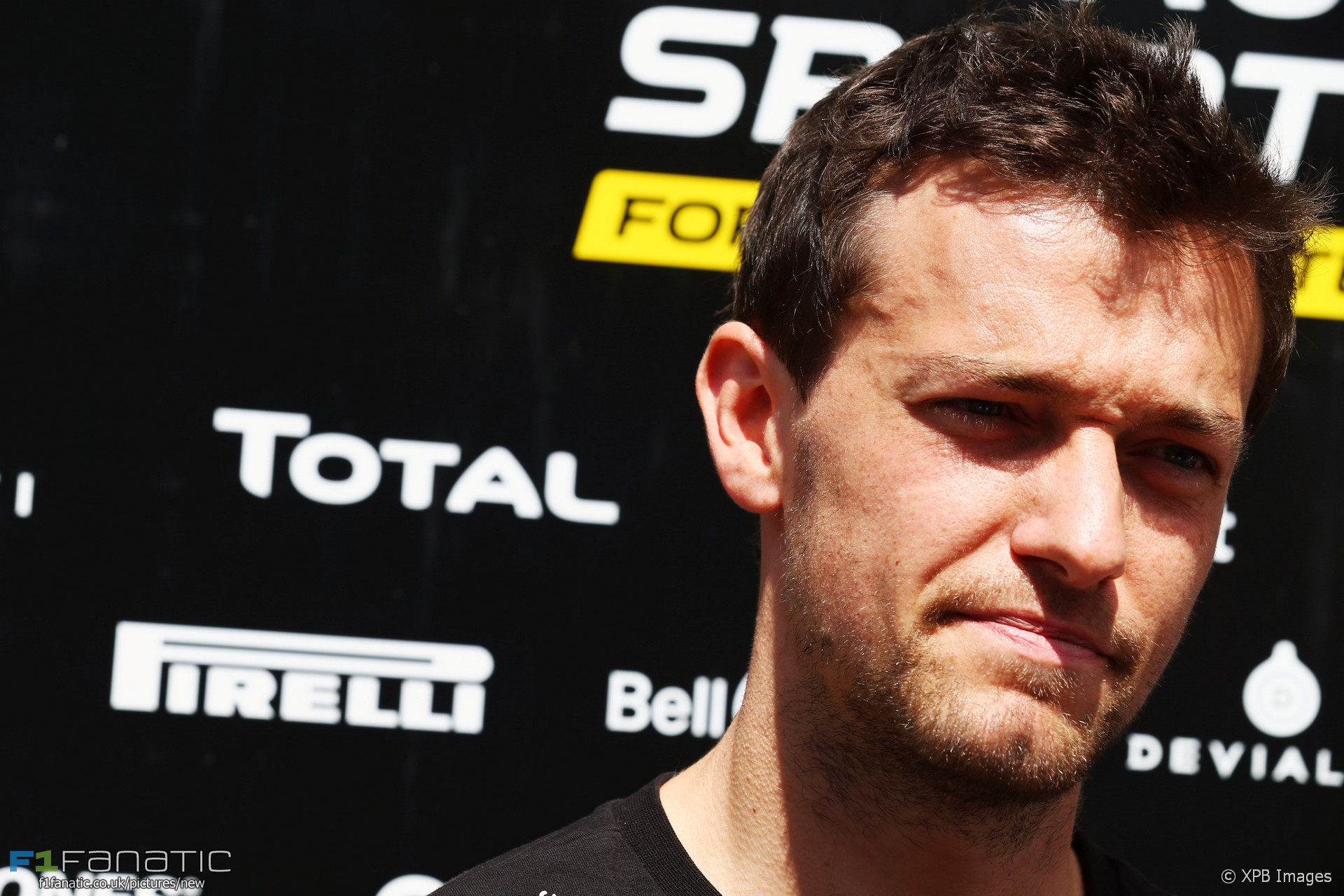 Yesterday Sebastian Vettel said “90 to 95% voted for” the Halo device, which the Strategy Group has decided not to introduce next year.

However Palmer, who is against the device and said he was “not disappointed” by the Strategy Group’s decision, strongly denied the claim it has the backing of most drivers.

“95% were never in favour, so that’s a lie,” he told the BBC during the first practice session at the Hockenheimring. “I don’t know where it’s come from.”

“The thing is we’ve never had a proper vote in it, so no one can ever know.”

“In Austin last year when the idea was first discussed, sure, then most people were in favour of some head support. But we didn’t even know the Halo then, we didn’t know anything.”

“So pretty much a year down the line I think to go back to what we said 11 months ago, before we had any concept, I think is not right.”

“I can tell you for a fact 95% don’t support it. I can probably name nearly half the grid that are against it.”

“I think it’s personal preference. It is pretty well split. I think from my point of view the safety’s OK and I know in a lot of the drivers’ discussions a lot of the younger ones are in the same camp as me.”

Palmer questioned whether recent fatal accidents which have prompted the research into Halo were likely to happen in grand prix racing.

“I think that Formula One safety is very good at the moment,” he said. “We’ve got very big run-offs.”

“And the incidents that this is a result of, Henry Surtees and more recently Justin Wilson, those sort of incidents – we don’t run on ovals here, the run-offs are normally much bigger than at the Brands GP [circuit] so I think I’m pretty happy with the safety levels we’ve got.”

Palmer’s father, ex-F1 racer Jonathan Palmer, was Wilson’s manager and owns the Brands Hatch circuit where Surtees was killed in 2009.