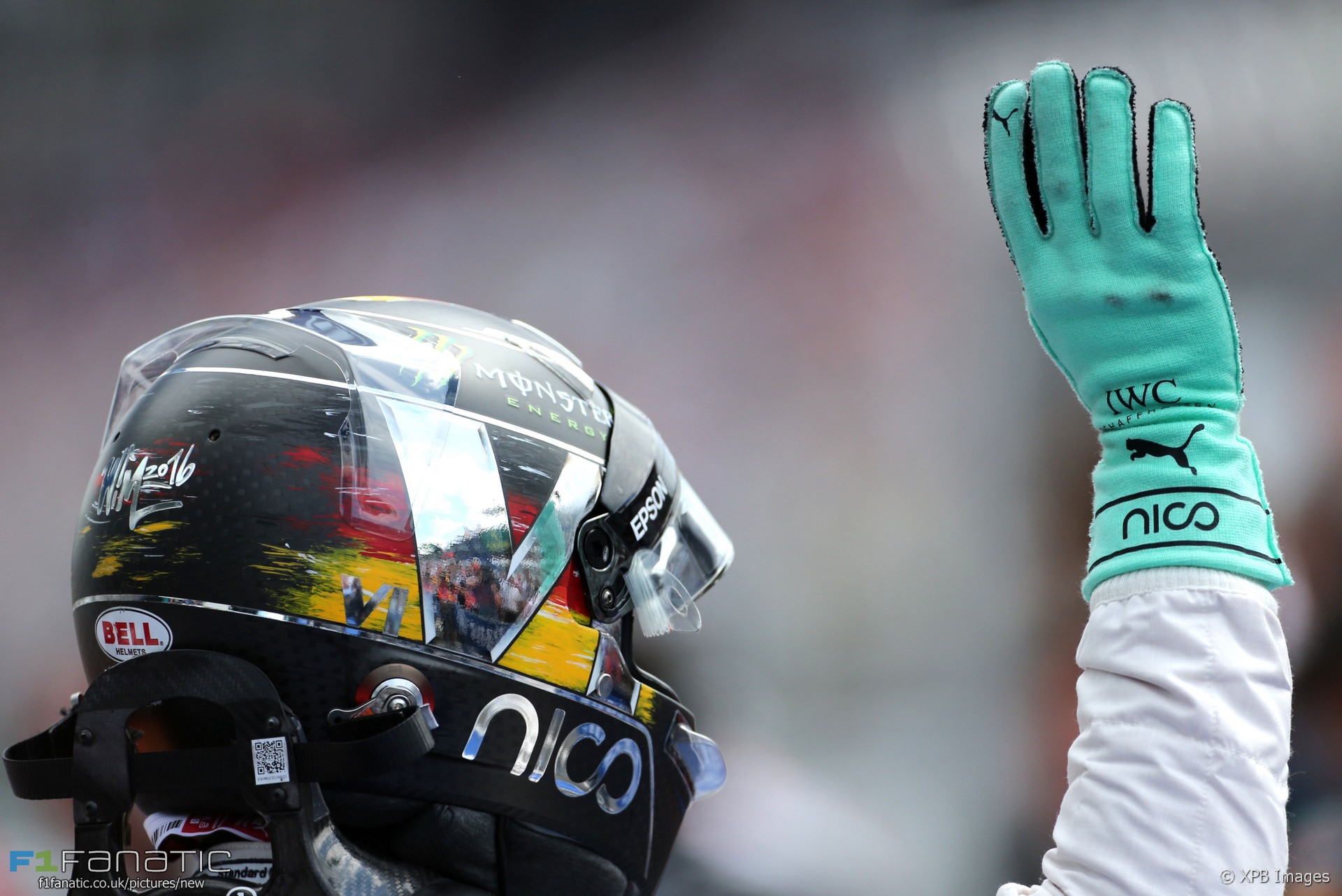 Nico Rosberg took pole position for his home race despite a problem forcing him into the pits at the end of his first run in Q3.

A mistake by Lewis Hamilton at the hairpin ensured Rosberg his fifth pole position of the season so far as the Mercedes drivers locked out the front row of the grid ahead of the two Red Bulls.

Mercedes gave an ominous indication of their pace in the first phase of qualifying by setting the fastest times of the weekend so far despite not using the softest available tyre compound. Hamilton produced a 1’15.243 on softs to head Q1.

After the first runs Pascal Wehrlein lay a promising 13th for Manor but a raft of improvements in the final minutes put paid to his chances of progressing to Q2 at his home track. A slightly scruffy final sector meant both Renault crept ahead of him.

Only one of those made it into the next phase, however, and for once it was Jolyon Palmer. The pair were separated by just eight-hundredths of a second, which made the difference between Palmer moving on and Kevin Magnussen dropping out.

But the most frustrated driver among the bottom six was Daniil Kvyat. He cursed in frustration after being told he was only 19th, while team mate Carlos Sainz Jnr was comfortably through in 12th.

The Mercedes pair opted for super-softs at the start of Q2 and predictably sustained their positions at the top of the times. However Hamilton’s margin of Rosberg was less than a tenth of a second, and Max Verstappen was able to get within four-tenths of a second of them.

A quick run through the final sector for Daniel Ricciardo was not enough to make up for an error in the first, which left his best effort four-tenths of a second off his team mate. Nonetheless he opted to stay in the garage and not make a second run.

It proved a smart move as few drivers improved with their final runs. Sebastian Vettel ventured out for another run but it proved unnecessary, though he succeeded in angering Fernando Alonso, who claimed the Ferrari held him up.

The stewards also investigated Carlos Sainz Jnr for impeding Felipe Massa, though the Williams driver made it into the top ten while the Toro Rosso driver failed to.

Both Mclarens also dropped out – Jenson Button eliminated by Massa’s final improvement. The Haas pair were eliminated as well, Romain Grosjean puzzled by their inability to find pace from a new set of tyres.

A 1’14.486 from Hamilton gave him the early advantage in Q3 – and so did an electrical problem for Rosberg, which forced him to abandon his first lap.

Rosberg got back out for a second run, however, and a pinpoint-accurate lap delivered a time of 1’14.363 to put him ahead. Hamilton still had one chance to respond and when a super-committed run through turn one saw him gain a tenth of a second in the first sector he seemed on course to do it.

But arriving at the Spitzkehre Hamilton locked his front right wheel, dragging the car wide. He couldn’t claw back the lost time in the remaining corners, and was forced to settle for second place.

Ricciardo couldn’t improve on his flying first effort and stayed third ahead of Verstappen. The Ferraris lined up behind them, Vettel having to give best to Verstappen.

Mercedes-powered cars filled the remaining places, Nico Hulkenberg putting his Force India in front of both the Williams drivers.