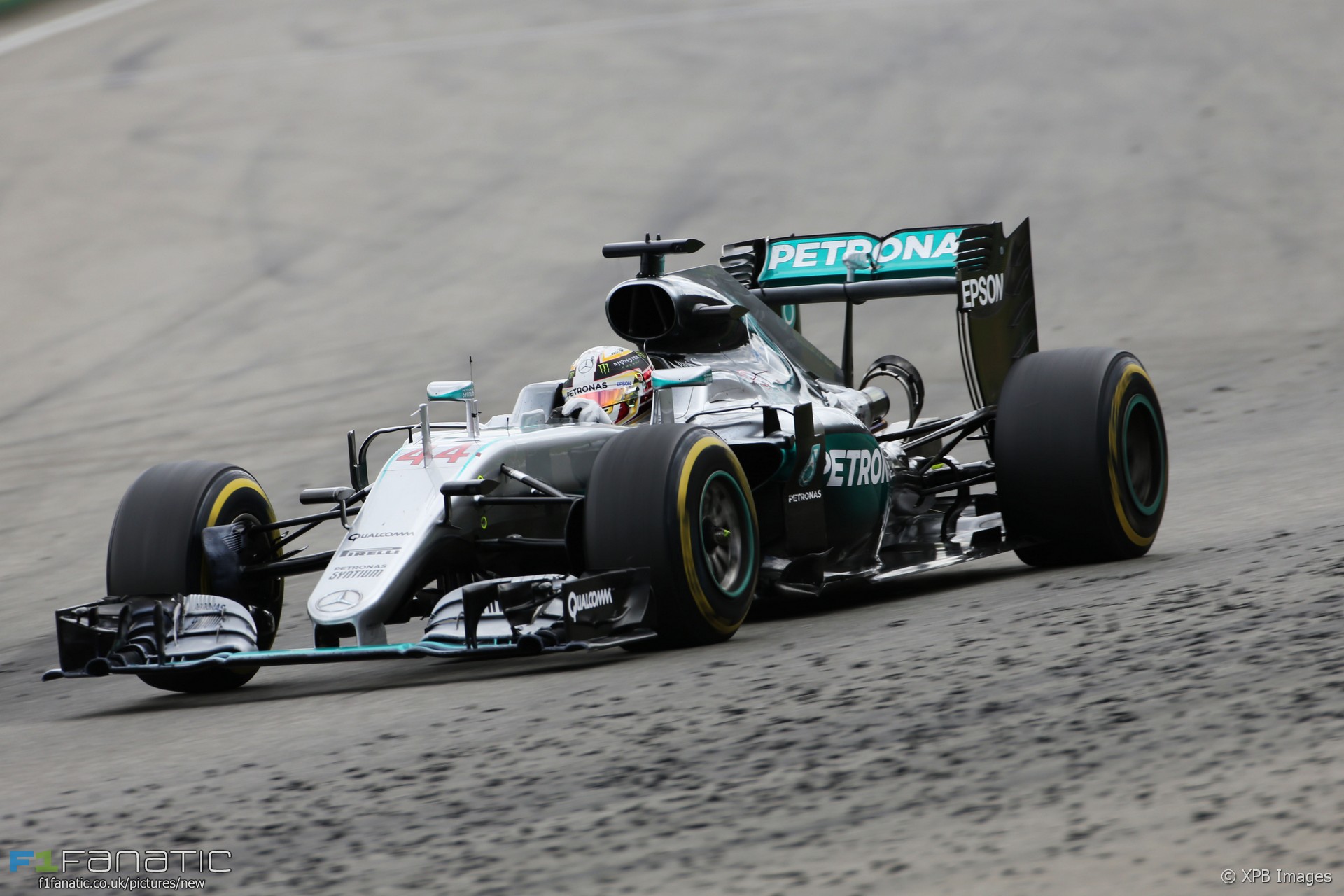 On a day when everything seemed to go right for Lewis Hamilton, even his pit stops were close to un-improvable.

Only once during the entire race did any of his rivals enjoy a pit stop which was quicker than one of the three Hamilton made.

Team mate Nico Rosberg, however, lost even more time than he should have when he had to serve a five-second penalty during his third pit stop. A problem with a stopwatch meant he lost around an extra four seconds on top of the penalty time.

Rosberg had gone to the super-soft tyres early in a bid to jump the Red Bulls but the penalty for his altercation with Max Verstappen put paid to that. Red Bull used three sets of super-soft tyres compared to Mercedes’ two, but concerns the rubber would drop off in the closing stages proved unfounded.

Three-stop strategies were the way to go for most teams. Valtteri Bottas attempted a two-stopper but his tyres had clearly gone off at the end.

Esteban Gutierrez enjoyed more luck with his two-stop strategy having been the only driver to start the race on the soft tyres, but once again he ended up one place short of a points finish.