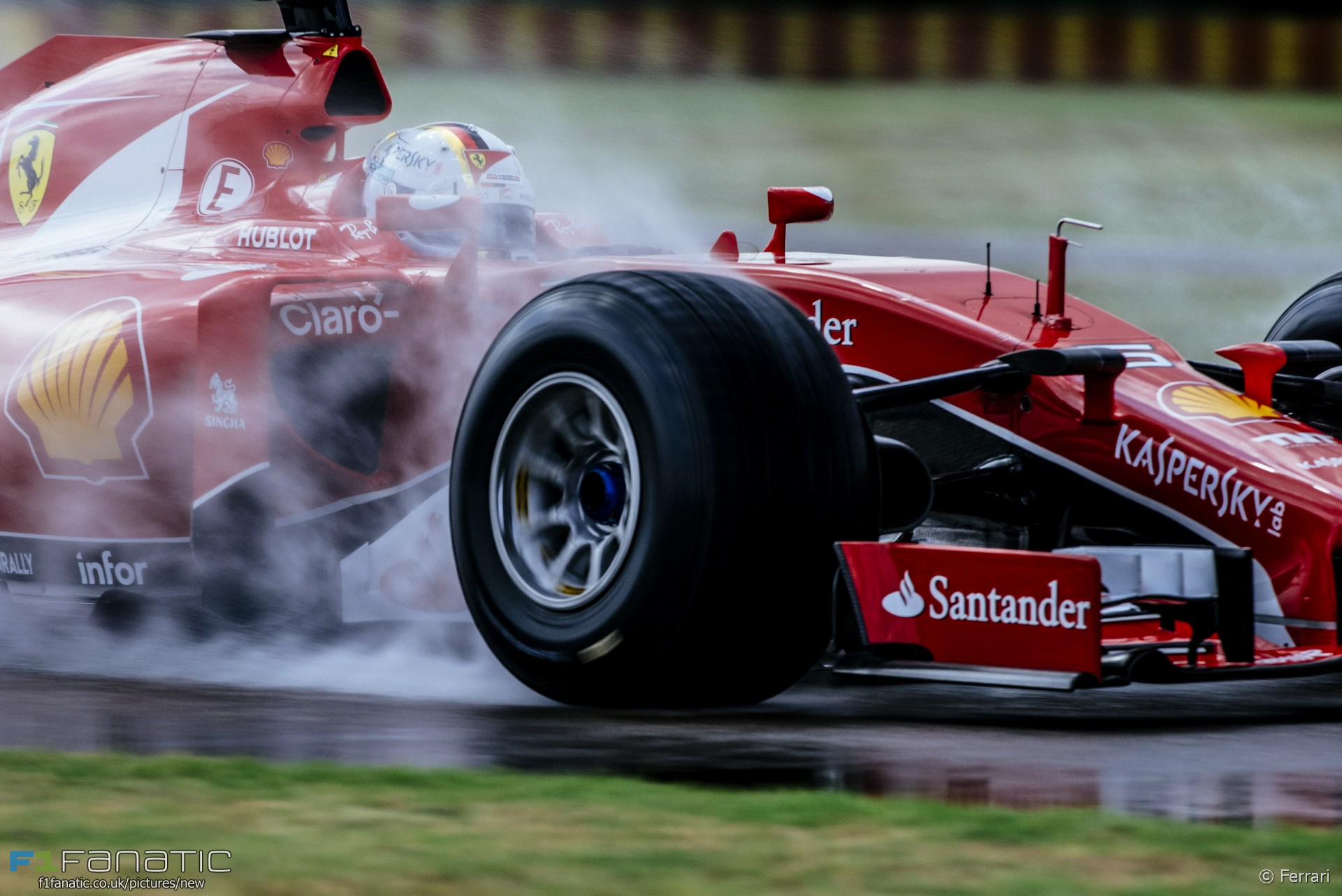 Pirelli’s wider 2017-specification Formula One tyres have been seen in action for the first time as Ferrari have begun testing them at Fiorano today.

Sebastian Vettel sampled the wider rubber at the wheel of a Ferrari SF15-T which has been modified to simulate the increased downforce levels expected from next year’s cars.

Ferrari is due to conduct wet weather tyre testing at the circuit today, however Vettel began the test with an installation run on dry-weather slick tyres.

The new rubber features a tread patch which is 25% wider than that which is currently used in F1. The front wheel width will increase from 245mm to 305mm and the rears from 325mm to 405mm.

Pirelli has also said next year’s tyres will not degrade in performance as quickly as the current compounds.

Esteban Gutierrez will take over from Vettel in the car tomorrow, testing the wet and intermediate tyres. Red Bull will then continue Pirelli’s 2017 testing schedule at Mugello, running the slick tyres.

Pirelli has previously shown the 2017 tyre dimensions on a static display car.