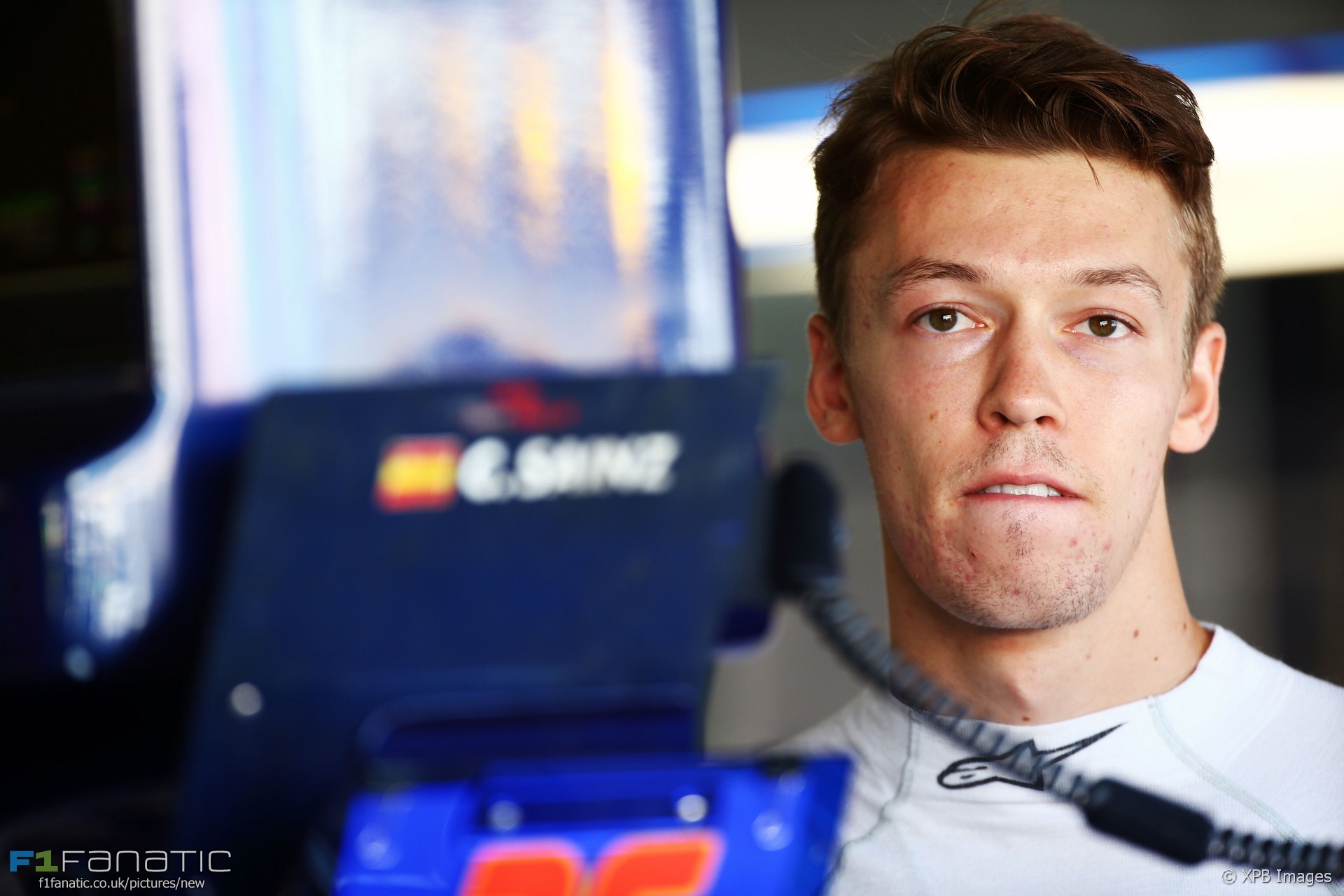 In the round-up: Daniil Kvyat says he’s already moved on from the low point of his poor qualifying performance in Germany.

"I don’t need anyone to be sorry for me or anything but I think everyone has these points in life. For sure, (qualifying) was a low point. But already (in the race) I felt like I took not one but two steps forward."

"If I look at the situation now and I go back, I think we don't have great improvements in terms of downforce since Barcelona. That is the problem."

"Honestly I think it's OK. You can interpret it that way, that he went too wide, so I understand it's a fifty-fifty decision so if that's what they decide there's nothing you can do."

"We had improved it, we were maybe a bit better, a bit faster, but mistakes are still there, so it's not good enough."

Toto Wolff: "(Lewis Hamilton) has great talent speed and on a good day, I think he is unbeatable."

"Always a car running more rake than any other, for the last two events the RB12 has been running an outrageous degree of it – beyond even that which was used in the blown exhaust era."

"'Two men were arrested in a kidnapping in the city of Cotia,' Sao Paulo police said in a brief statement. They indicated they were seeking other suspects. 'The operation is (still) under way.'"

How to be the next Lewis Hamilton: what is the best way into motorsport? (The Telegraph)

"A sim is infinitely cheaper than renting a circuit, which can easily cost £30,000 a day for an F1 team."

"I keep reading that it’s going to be a usable everyday road car, and it patently isn’t."

There’s been a lot of discussion about what next year’s larger tyres will do for lap times, but will there be other consequences too?

How will pit crews deal with such massive tyres? Two points of interest:

Nelson Piquet closed on championship leader Carlos Reutemann 35 years ago today by winning the German Grand Prix while his rival dropped out.