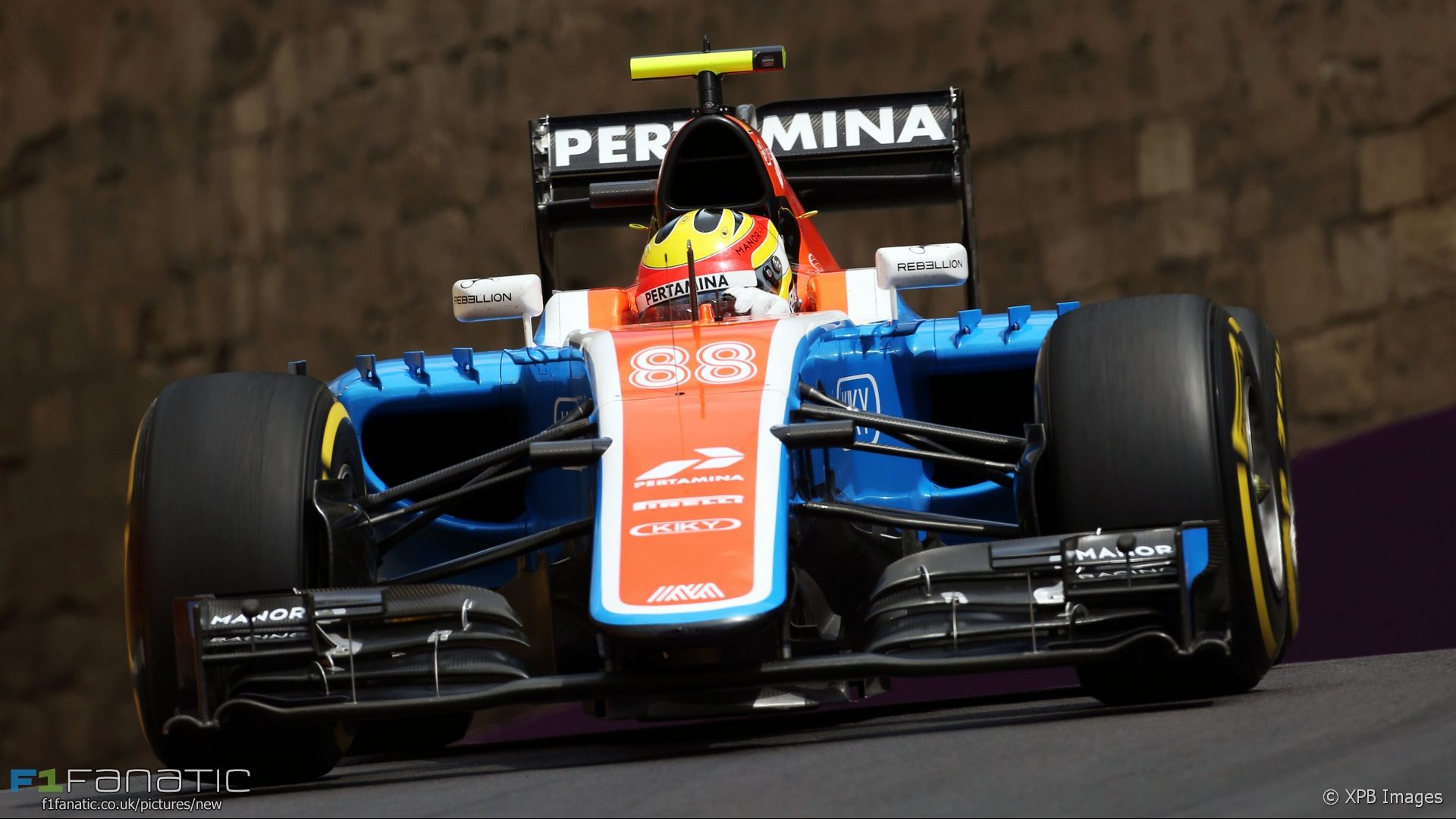 In the round-up: Rio Haryanto, who was dropped from Manor’s race team earlier this week, had only paid half of the €15 million (£12.9m) promised to the team.

"From the €15 million listed in the contract with the British-based racing team, Rio has fulfilled only €7.5 million, with biggest backer being state-owned oil and gas company PT Pertamina, which gave €5 million."

"'Our objective is to close that gap further to Mercedes ahead,' said Horner, who suggested the deficit to the champion team was now down to 0.3 seconds."

Telemetry data showing the performance gap between Mercedes and Red Bull at Silverstone.

Steadying the ship at Sauber (F1)

"Q: Are the new owners banking on the EU verdict for team financing? Monisha Kaltenborn: No, because you cannot bank on these things. But what I can say is that the new situation is not going to change anything in our position regarding that."

"Our new rear wing gave signs that can contribute to the general performance and exposed a good path for us to follow, when combined with the novelties to be used after our vacations."

"If you put it in the car and do just an installation lap it doesn't work, it's not the right test."

"Animal rights activists, People for the Ethical Treatment of Animals (Peta), have taken a swipe at Formula One star Lewis Hamilton over pictures and videos of him with canoodling with big cats posted on social media."

The Art of the F1 Pit stop (McLaren)

"The pit stop location is quite track-specific, so these rehearsals are about troubleshooting how the mechanics move from the garage to the pit box, and how they can operate quickly and safely in the pit lane."

"Tony Purnell, former principal of Formula One motor racing teams Jaguar and Red Bull, is the latest boss of British Cycling's Research and Innovation department -- or to give it its more informal title 'Head of Stuff'."

Complex new rules for 2017 give the FIA power to force a manufacturer to supply power units to a team, but not everyone thinks this ambitious piece of legislation will work:

Just imagine a scenario where Mercedes or Ferrari lose all their customers, then proceed to getting bullied into supplying a team it dosen’t want to.

The forced supply rule is not going to work and all it’s going to do is encourage manufactures not to join F1 and likely encourage existing manufactures to leave. Goodness me the people making the rules in F1 never think of the long term consequences and it seems neither do current manufactures.

When or if Renault becomes a competitive team i bet you Red Bull will lose their supply.
Armchair Expert (@Foreverred)

Manfred Winkelhock died on this day in 1985 as a result of injuries sustained in a World Sportscar race at Mosport.

62 comments on “Haryanto paid half of €15 million Manor bill”