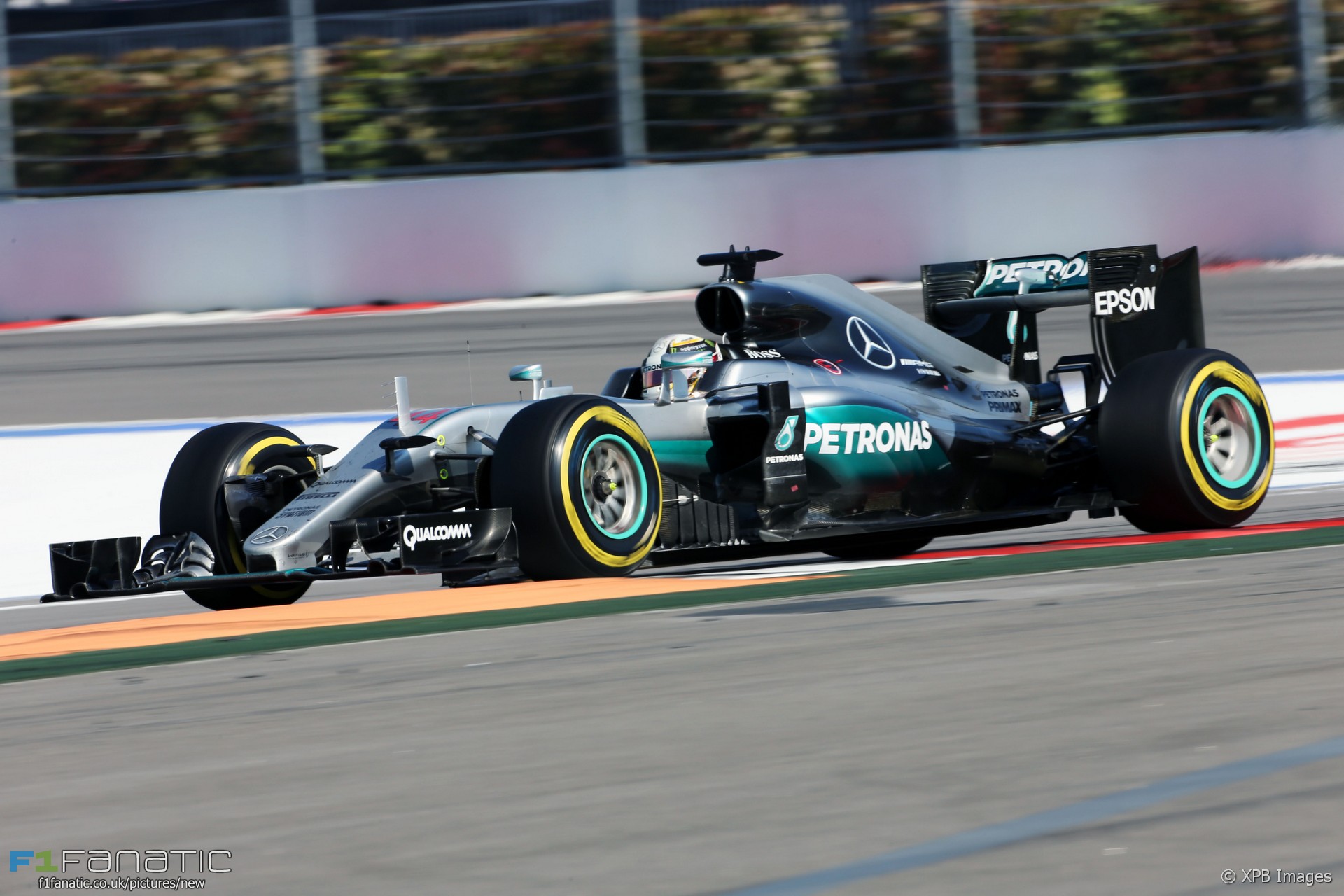 Lesley Francis wrote in to ask a question which could have a significant bearing on the world championship in the second half of the year:

In Sochi, Lewis Hamilton got a race stewards’ warning for failing to go round a bollard at the end of a run off area during qualifying.

I noticed that in Canada there was a similar run off area with a bollard at the end of it, did the drivers who missed this bollard during the race also get warnings?
Lesley Francis

Hamilton was unimpressed with the censure, calling it “bloody ridiculous”. The reprimand is potentially significant as it was the second of two he has earned so far this year. If he collects a third in any of the remaining nine races he will automatically be handed a ten-place grid penalty.

As Lesley correctly notes, Hamilton wasn’t on a flying lap when he went off the track. But while he did not gain a lap time advantage from failing to respect track limits there was the possibility for him to benefit from running off the circuit and there is a precedent which shows why this rule is in place.

During qualifying for the 2011 Korean Grand Prix Sebastian Vettel was urged by his Red Bull team to hurry back to the pits after setting his first lap time in Q3. Vettel bypassed the turn five/six chicane using an escape road to save a few seconds.

The stewards investigated Vettel but he escaped a sanction because they determined that he began his final run with 17 seconds to spare and had not gained all that time by leaving the track. However the FIA was keen to avoid encouraging other drivers to do the same, and so the rules were changed for the following season.

From 2012 drivers were warned they must not exceed the limits of the track ‘without good reason’ and that cutting the track and saving time in qualifying even when not on a timed lap would not be permitted. This explains why Hamilton received a reprimand.

A polystyrene block was used in a similar way in the run-off area at the final chicane on the Circuit Gilles Villeneuve. However the protocol was slightly different: drivers were told they did not have to go around the block if they touched the orange kerb, but were required to rejoin the track safely. No driver was judged to have infringed there during the race.

Small error may mean grid penalty for Hamilton or Sainz

Hamilton isn’t the only driver to have collected two reprimands so far this year. Carlos Sainz Jnr has as well, and both are at risk of a ten-place grid penalty if they collect a third.

How could that happen? Reprimands can be issued for the slightest infraction. Since the beginning of 2011 a total of 68 reprimands have been issued to drivers for the following 21 reasons:

See all the data

Both drivers will have to be on their guard during the remaining races. Every qualifying session will bring with it the risk of holding up a rival and collecting another reprimand. A minor slip-up in the pits, a hasty return to the track, any of these oversights could prove a race-wrecking mistake.

There is one piece of good news for these drivers, however: the change in radio rules at the previous race means their race engineers can give them more information and therefore reduce the chance of them getting into trouble again.