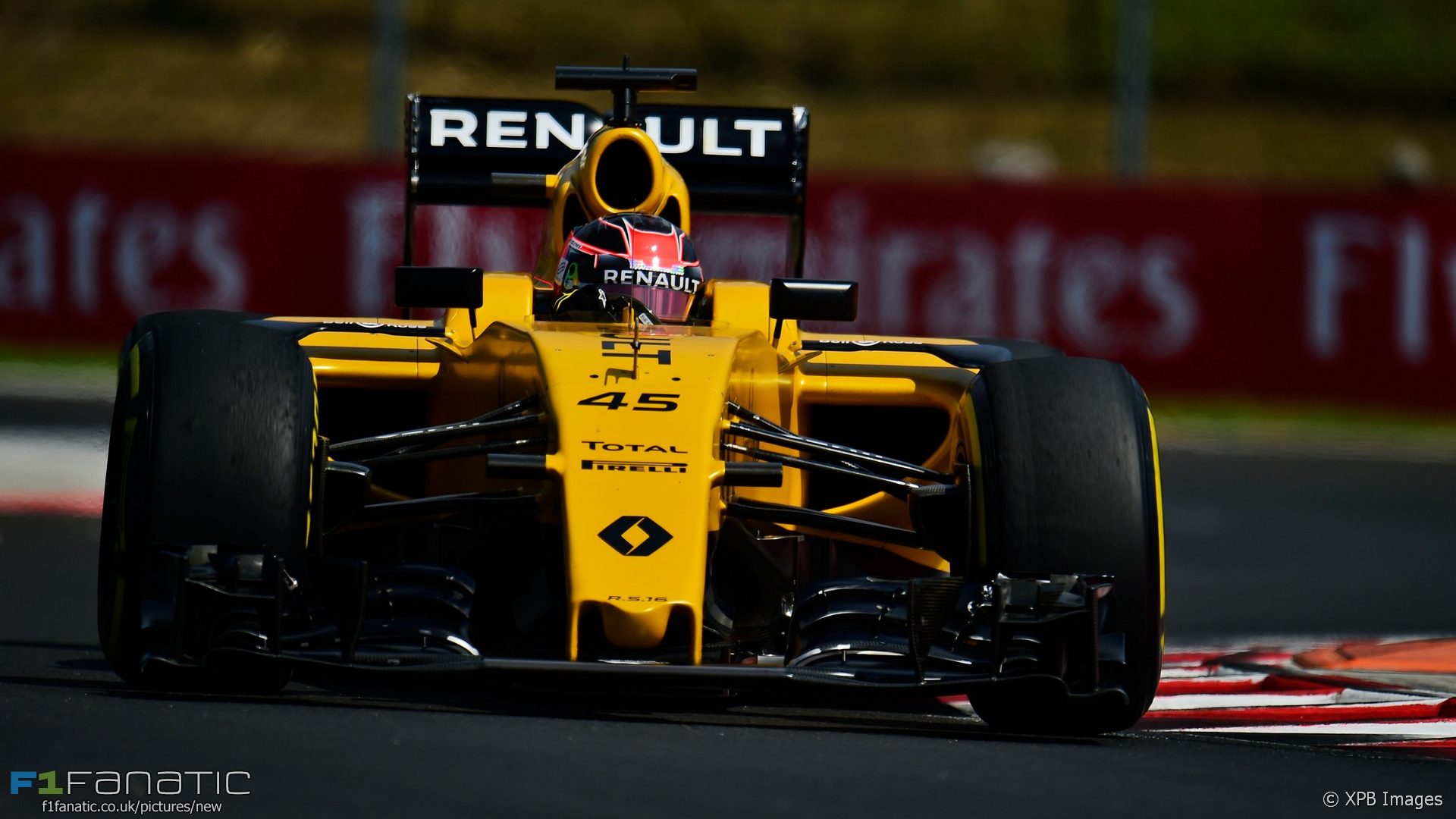 In the round-up: Renault chief Cyril Abiteboul prefers to recruit a future world champion than pay top dollar for a driver who has already won the title.

Renault not 'writing off' Magnussen, Palmer for 2017 (Motorsport)

"Buying an existing world champion, I don't think this is an absolute necessity in modern F1."

"Indonesia’s state-owned energy firm Pertamina, the main sponsor of Indonesian Formula One driver Rio Haryanto, has decided to stop advertising on F1 team Manor Racing’s cars for the rest of the 2016 season, an official says."

Haas: Buying a team was a better idea (Autosport)

"Not only do you get 'column A' money but you also get freight and airline tickets for the team."

"I’d like to do Rallycross, I’d like to do the Le Mans 24 Hours, I like to race on ice in the winter. So more or less everything with a steering wheel and four wheels I do enjoy."

There is only one... Sebastian Vettel (Formula One)

"If you could pick just one motor race to watch... SV: The 1961 Monaco Grand Prix (which was won by Stirling Moss)."

Even though it's summer break, we're still training every day!!! 💪🏾 pic.twitter.com/PyDalprlCJ

It's now official i will be having the "31" as my race number, i won my first national championship with this one😉! pic.twitter.com/GhRLJsLQVP

Today's 'news' on Schumacher: (https://t.co/pHmABBrFXI and elsewhere) seems to be a repeat of a story from May: https://t.co/7dmFmgrZut #F1

August 15th means Ferragosto in Italy, which used to mean the Pescara Grand Prix on the longest track #F1 ever used: https://t.co/6u1GcjTVwQ

This week’s poll asks whether we’ve ever had a better F1 field than we do today. @Dragoll suggests a year which did:

I think it is difficult to compare different eras, whether its for this discussion or who is the best driver etc…

However, when you consider the seventies where there were genuinely talented drivers such as Graham Hill, Jackie Stewart, Emerson Fittipaldi, Mario Andretti, Clay Regazzoni, Carlos Reutemann, Jody Scheckter, Ronnie Peterson, Chris Amon, Denny Hulme, Francois Cevert, Jacky Ickx, Mike Hailwood, Peter Revson and Niki Lauda. These are all well-known, even to the newest F1 fans amongst us. So when you think of all these amazing names, and see the 1972 season where all these guys were apart of, then its hard to think that any year in the modern era could hold a candle it.
@Dragoll