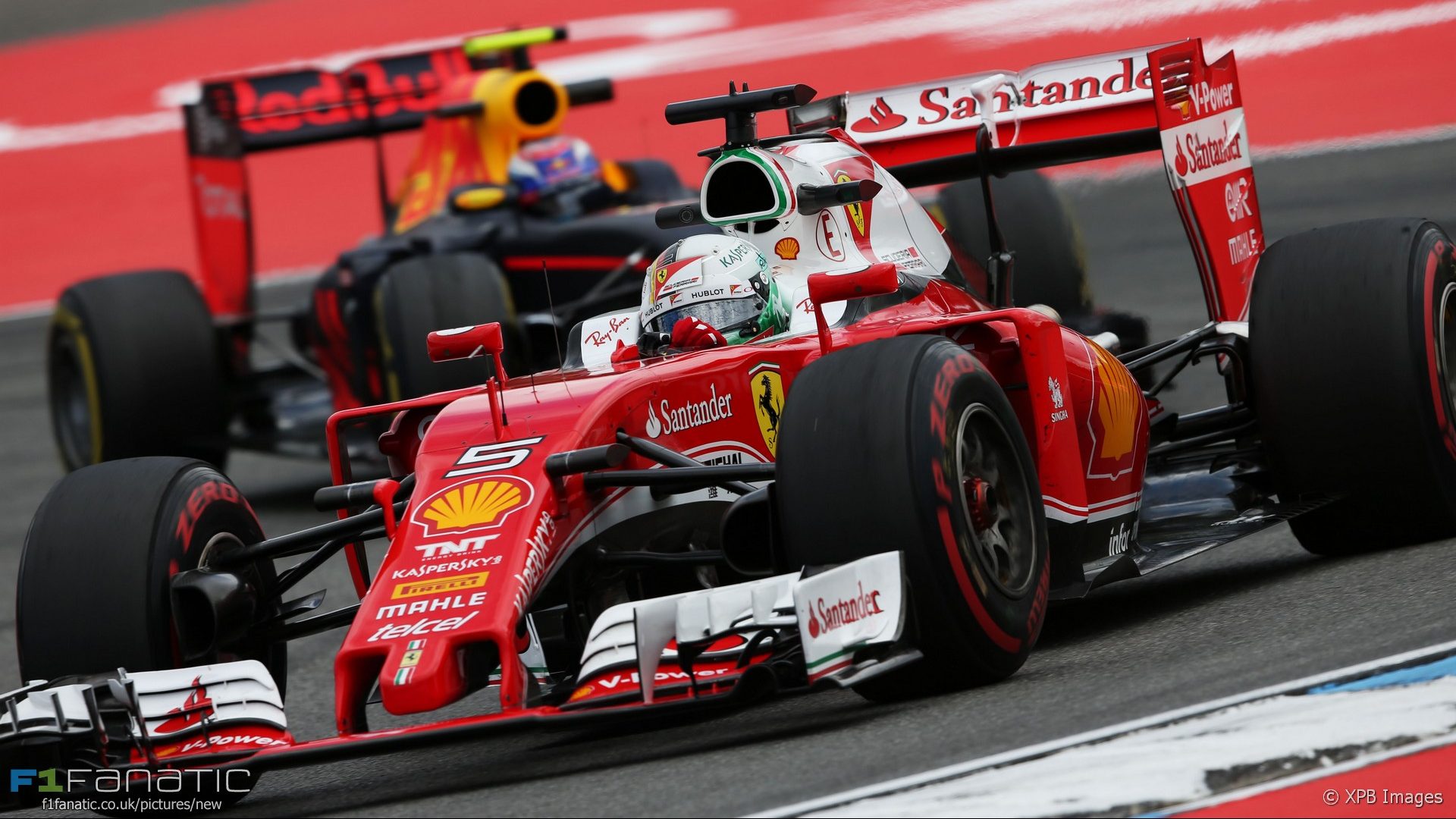 In the round-up: Sebastian Vettel says Ferrari has identified where it is losing out to the competition following recent races.

"The main point is that we find out, we are always trying to improve, but the last races in this regard have been very educational to know potentially where our weaknesses compared to Red Bull and Mercedes."

"Last year, I kept telling people 'be patient, my moment will come - this bad luck is not normal, this bad run of reliability is not normal and I am confident that, if this stops, you will see what I'm capable of'. And now, after understanding the car over the first few races and after getting rid of that black cat that was following us since last season, it's finally coming."

Lamborghini president and former Ferrari team chief Stefano Domenicali says Formula One is not a 'priority' for the Volkswagen Group-owned brand.

"Even the way when he's in engineering briefings and talking about some details on the car, I don't even know what they are."

"Jo has been improving a lot - true he spun in Hungary, but so far he did a good job. And that also goes for Kevin. Both have a very optimistic approach. They are a good support for the team."

"Everyone wants to go back to a Formula 1 that doesn't exist anymore, when we had carburetors, when we had throttle linkages which were mechanical linkages, rather than the incredible complex cars we have now."

"Where you’ve got circuits like we, MSV, own that are heritage old-fashioned circuits, not like Abu Dhabi. We’ve got lots of grass runoffs and if people drive across it all the time, you end up with the equivalent of a ploughed field, very uneven surfaces, (which) can be quite dangerous."

Fernando Alonso: why I race (McLaren)

"He really attacks the braking areas and throws the car into the corners, but he doesn’t lose out on corner exit. Often, if a driver’s aggressive on entry he loses out on exit, but Fernando manages to keep the car on the limit in both areas."

An Olympic Message to the Brazilian Bob Costas: Shut It! (The New York Times)

"He's the voice that brings World Cups, Formula One races and, of course, Olympic Games to millions of Brazilians. Beyond his seeming inability to take a breath, he's known for his blind support of Brazilian athletes, blunt disagreements with guests and fellow commentators, and excessive attention to the rivalry between Brazil and Argentina."

Could the drivers of yesteryear have stood up to today’s racers even when they were in their prime?

Unfortunately no matter how good the drivers were back in the sixties and seventies they would not be as good as today’s drivers, purely because of advancements in training and young nurturing. This happens in every way of life, records get broken eventually because naturally we get better as more is invested in it. Look back on old Olympic games and what they needed to do to get the gold medal and compare to today.

I’m in no way saying the older generation were not very good drivers, they were the best of that era. If they had access to today’s technologies and workout regimes back then they would have been even faster. You can only compare one person with another when they’ve had equal opportunities.
David Bell

The 1986 Austrian Grand Prix, held on this day 30 years ago, will be featured in the latest instalment of Grand Prix Flashbacks later on today.

86 comments on “Ferrari knows where rivals’ advantage is – Vettel”