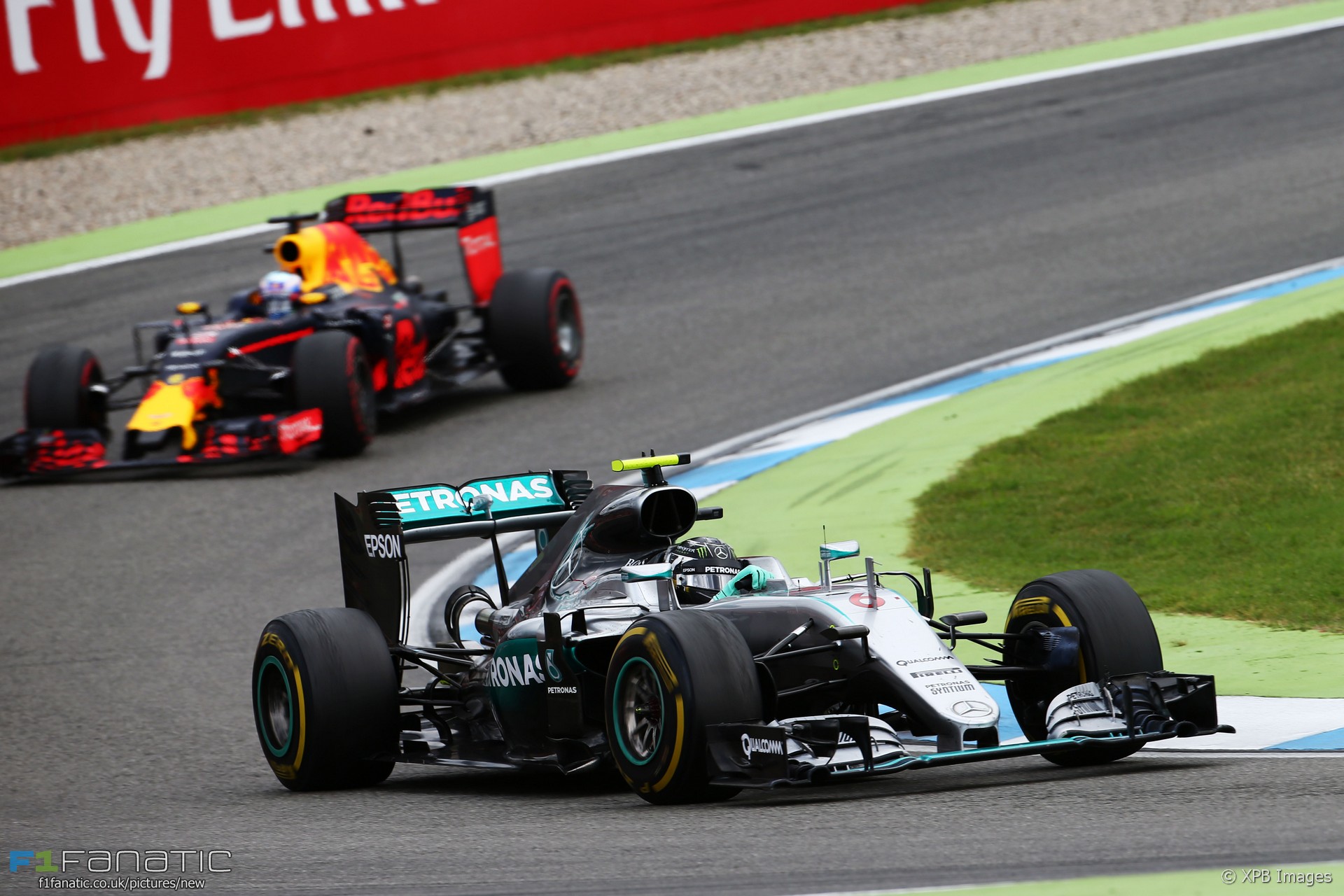 The second half of 2016 is likely to see Mercedes continue their domination of F1 while their rivals’ thoughts turn to next season.

The last time Formula One approached a major rules change of the kind we’ll see next year it prompted an unprecedented run of success from one team – and one driver.

Red Bull were leading the way in 2013 as the new V6 hybrid turbo regulations approaching at the end of the season. The dominated the second half of the year while their rivals were busy prioritising their 2014 designs: Sebastian Vettel won all nine races after the summer break.

Could Mercedes do the same again this year? They are already in a very strong position as Ferrari have clearly failed to build on the progress they showed last year.

Over the past three races Red Bull have been the closest threat to Mercedes. This is now reflected in the championship points table as well, where Red Bull have overtaken Ferrari for second place.

The upcoming races on the high-speed Spa and Monza tracks offer Ferrari’s best hope of hitting back at Red Bull. However Singapore, where Ferrari won last year, will surely be Red Bull’s best chance of winning a race in the second half of this season.

While most teams are now prioritising their efforts on their 2017 cars development will not come to a complete standstill, particularly in the area of power units which are not changing next season. Honda have indicated they will exhaust their allocation of power unit development tokens before the end of the year.

In terms of aerodynamic development, Toro Rosso have already indicated they still have parts to bring for their late-developed car. And Sauber have some upgrades coming on-stream for the second half of the year following the resolution of their financial problems.

While periods of stable regulations normally lead the top teams to converge in performance, Mercedes’ rivals have struggled to narrow the gap in the V6 hybrid turbo era. Having ended the V8 era in dominant fashion Red Bull slipped back in 2014 and lost even more ground the following year.

With much to be gained from prioritising development for next year’s new aerodynamic rules it’s hard to see Mercedes’ rivals making major gains in the second half of this season.

But while Red Bull did all the winning at the end of 2013 Mercedes were laying the foundations for the success that followed. Now may be Red Bull’s time to strike back, particularly as the coming rules changes play towards their traditional strengths in aerodynamic development.

How do you interpret the trends in car performance this season and over the past four years? Will Mercedes’ rivals capitalise on the chance to close the gap in 2017?

And can Lewis Hamilton or Nico Rosberg repeat Vettel’s feat of winning all the remaining races? Have your say in the comments.