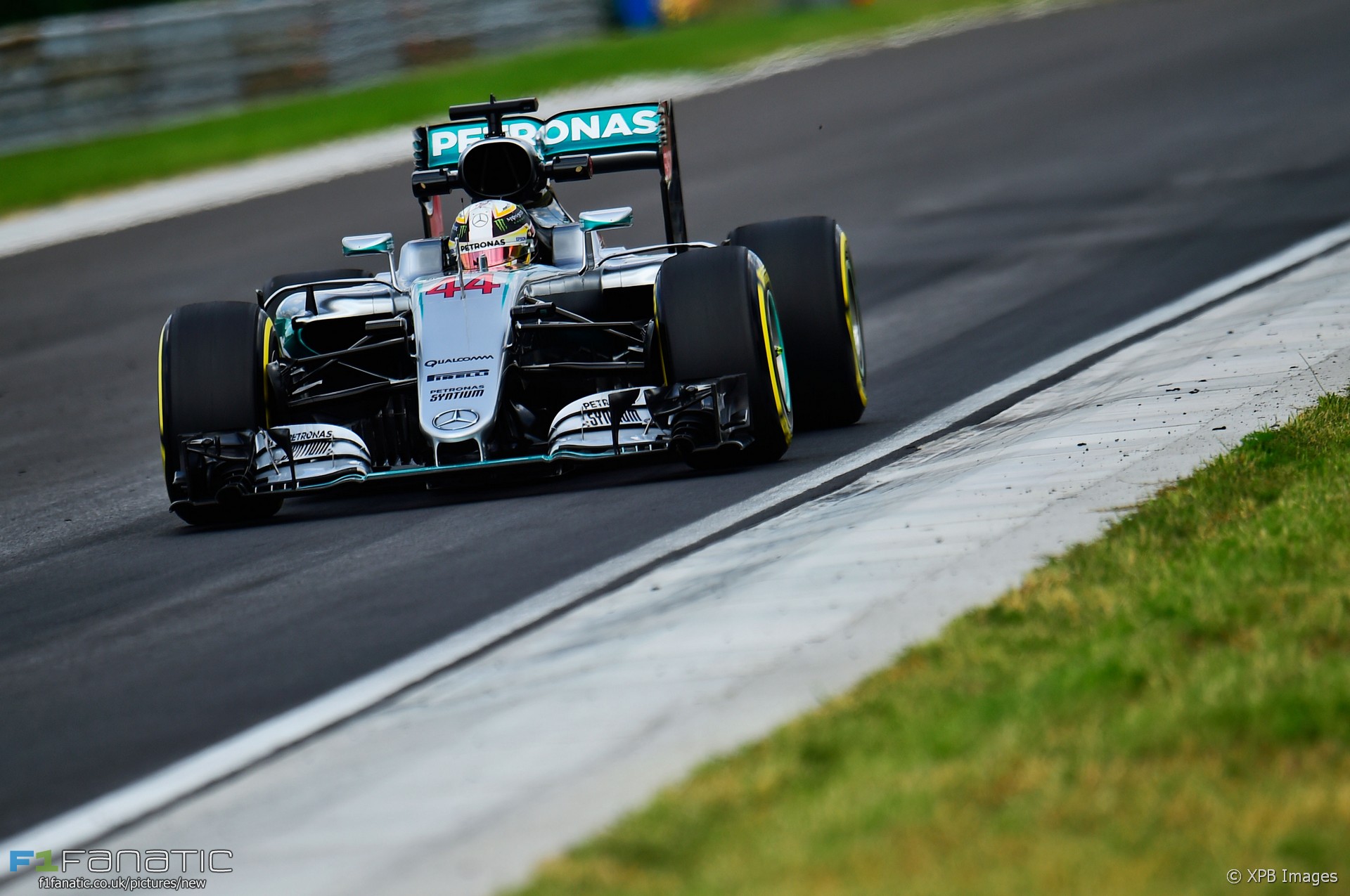 Lewis Hamilton doubts Formula One’s rules overhaul for 2017 will succeed in creating cars which drivers can push to the limit.

The Mercedes driver made the claim during today’s FIA press conference after Fernando Alonso said he is unlikely to continue after next year if he does not get more satisfaction from driving the new cars.

“Cars are heavy, no grip, we save fuel, we save tyres, we save everything from lap one. So it’s a little bit against the instinct of the driver.”

“Next year is a big question mark. I think with the new regs everything will change a little bit. I think if the cars are fun to drive, exciting to drive, I will probably stay longer, drive more years in Formula One. And if the cars are still giving me the feeling I have had in the last couple of years probably will stop.”

“But it’s not related if you are competitive or not, if you are out of Q1 or you are winning a championship, it’s just you are enjoying driving the car or you are not enjoying. Right now in my opinion the cars are not enjoyable, but probably because I drove older cars. If you arrive now into Formula One these cars are very fast and very fun to drive. But not for me any more.”

Hamilton agreed with Alonso’s assessment but said he does not believe the 2017 rules changes, including wider wings and tyres and more durable rubber, will lead to more flat-out racing.

“What Fernando is saying, we slow down as soon as we’ve done the start, got that out of the way generally. We’re not pushing 100% like perhaps they used to do, it was a more extreme race back in the day.”

“And the governing body’s continuing to push the car… next year’s going to be even more heavy. Probably not going to have great grip. The car will be faster but it’ll have the same characteristics that we have now.”

“I might be wrong, but most likely. And we will drive the same next year, just with a heavier car and have to save fuel, save tyres, do the same things.”