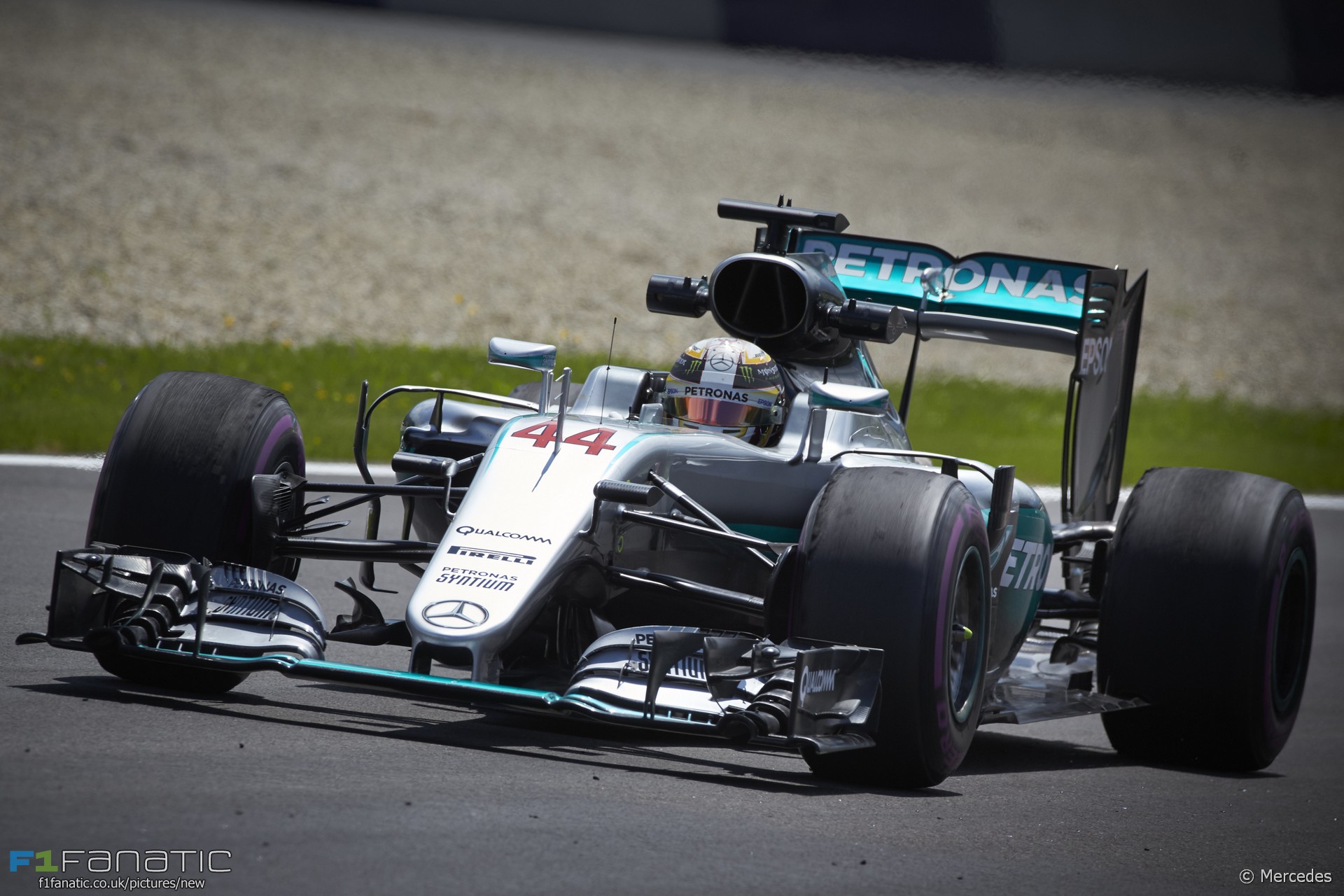 Hamilton did not confirmed which parts he will change, but the Mercedes driver has already used five turbochargers and five MGU-Hs which is the most he can use without receiving a grid penalty. If he changes one he will receive a ten-place penalty and he will take a further five-place penalty if he changes another.

The penalty will diminish the likelihood of a race victory for Hamilton this weekend, he admitted. “In terms of winning, that’s the goal but it’s going to be very, very hard.”

“The gap has closed between other cars in the third year of evolution of these cars. Red Bull have been very quick, won some of the races. Same with Ferrari, particularly, and down the whole grid. So it’s going to be harder than it was the year before to climb through the field. It’s really about just minimising the damage of taking a penalty.”

It’s a team sport. We win and we lose together as a team. Whether I make a mistake and the team takes a penalty for it or the team makes a mistake, or sometimes it’s not actually a mistake it’s just that kind of thing that happens.”

Hamilton said he didn’t blame the team for his problem. “I don’t look at it as incompetence, I find it a growing experience for us because we’ve learned a lot from the issues that have happened,” he said. “Hopefully we won’t have those again.”

“It’s just unfortunate that I’m the ‘test mouse’ or whatever you want to call it, that’s tested all of these issues, because obviously none of the other Mercedes engines has had the problems I’ve had.”