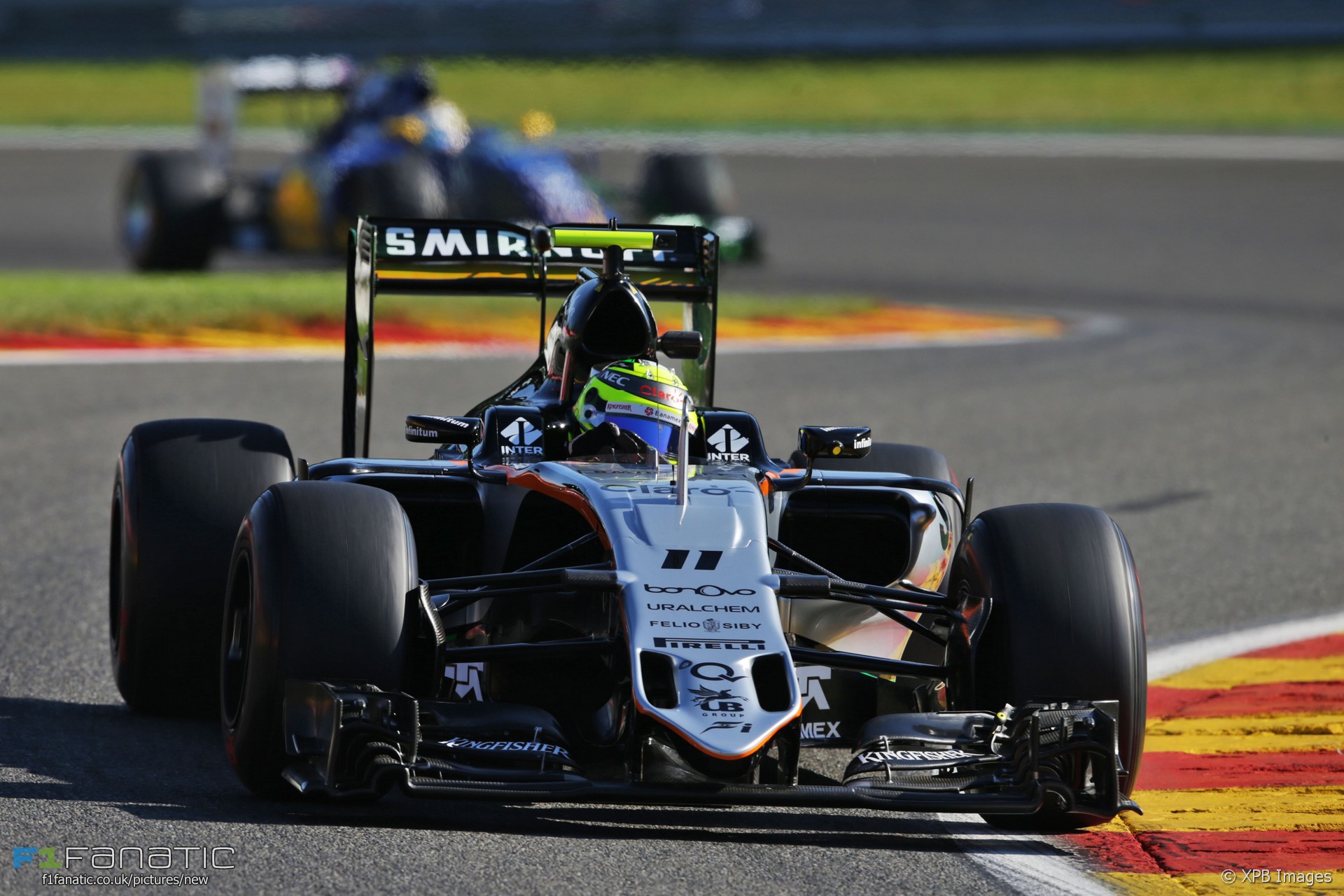 Sergio Perez described fourth and fifth at Spa as an ‘enormous’ result for Force India as they overtook Williams for fourth place in the constructors’ championship.

After showing strong pace all throughout the weekend in Belgium, the team took advantage of early chaos involving Ferrari and Max Verstappen to take 22 points with Nico Hulkenberg crossing the line fourth just ahead of Perez in fifth.

“It’s definitely a great day for us,” says Perez. “Obviously we don’t need to get carried away too much because there’s still a long way to go in the season, but it’s obviously a great result for the team and especially for myself.

“Given how tricky the race was after lap one, when the two Ferraris crashed and I had to go around the long way and lost a lot of positions. But I managed to recover and bring home a lot of points for the team.”

The result could prove a pivotal point in the fight for fourth in the constructors’ championship between Force India and Williams, with Perez having passed Felipe Massa on track during the grand prix.

“It is enormous,” says Perez. “I think the team has been doing a tremendous job. Not just today, but basically since the beginning of the year. They’re really maximising the whole potential of the car.

“I really hope we can keep doing it for the rest of the season. It would be great to get fourth place, but I’m not getting carried away because there’s still many races to go. We have to keep pushing very hard, but if we can get this fourth place at the end of the year it will be fantastic.”