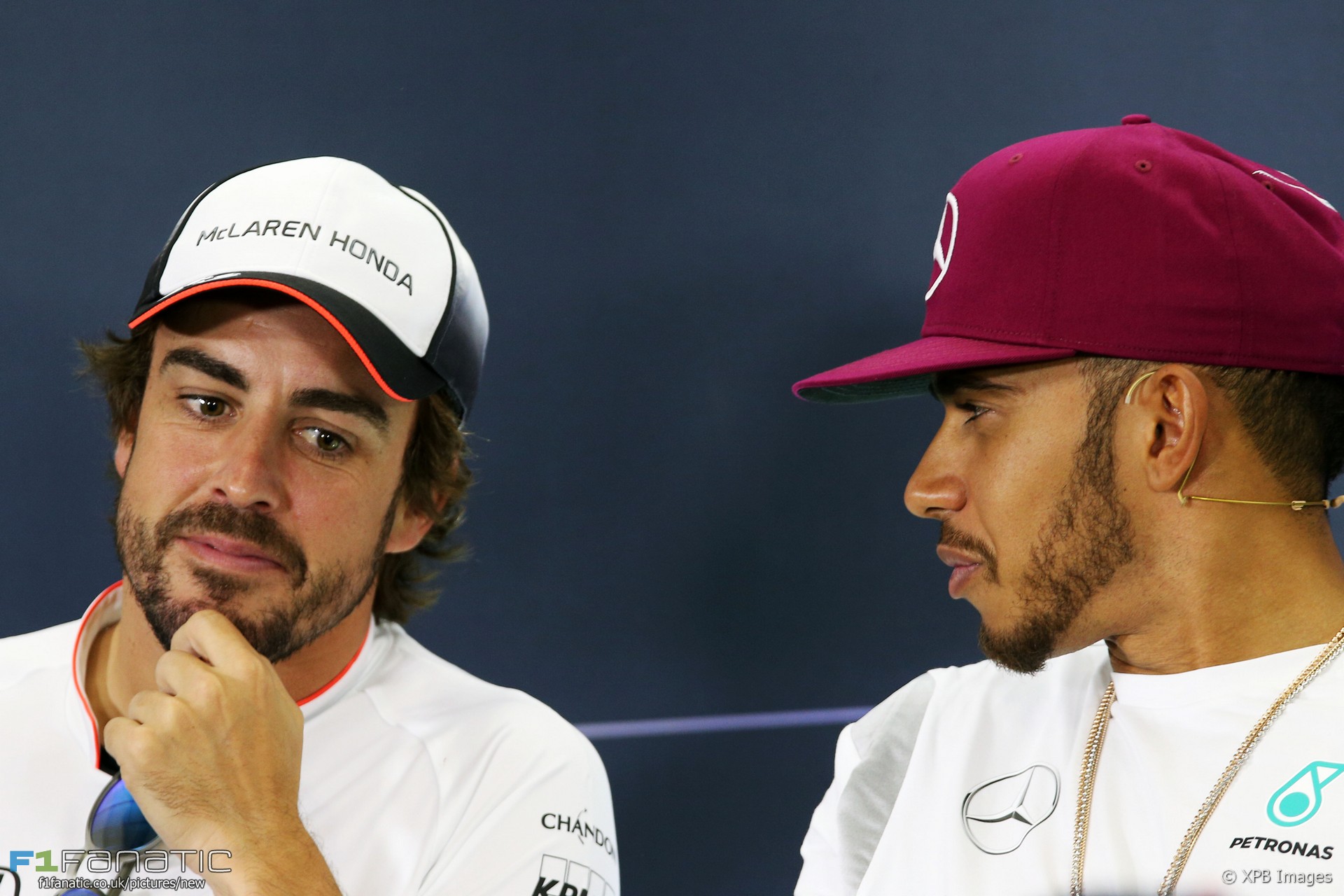 In the round-up: Lewis Hamilton says Formula One will suffer if Fernando Alonso does quit F1 after next year.

"It wouldn't be good for this sport and it would send out the wrong message. Formula One would not be the same if Alonso didn't continue."

"I am worried because losing fourth place in the championship means losing quite a lot of dollars as well in your prize money income, so it's not something that we can allow to happen and we are going to have to work really hard if we are going to hold them off."

"However, with hurdles seemingly removed last month, there is the suggestion the Automobile Club d'Italia (ACI) will sit down with F1 supremo Bernie Ecclestone this weekend to finalise a new deal."

"Formula One’s parent company has revealed that its operating profits accelerated by $76.3m to $329.9m last year as a fall in the value of sterling reduced its costs."

"For sure the tyre pressures put us in a different area with the car (last) weekend and I think was one of the reasons why it was all very close in qualifying and closer than usual."

"When Sebastian Vettel watches the replay of the incident at La Source hairpin at the start of the race he may think, in hindsight, that he really ought to have given Kimi Raikkonen another car’s width."

"Just as I witnessed with Ayrton Senna and Michael Schumacher, (Max Verstappen) is establishing a position in the psyche of all the other key players: 'I will fight you hard at every opportunity, beware.'"

"The issue is the FIA, because it looks like he's got protection. They want him to be a star."

"The aerodynamic features of this car – even compared to existing hypercars such as the McLaren P1 and Ferrari LaFerrari – are remarkable."

"For Spa, Red Bull brought back the experimental design tested briefly earlier this year in China, when it featured a serrated second flap."

"This is seriously worrying for F1 because Red Bull fields two leading F1 teams and is one of the sport's biggest marketers while Mercedes-Benz is F1's dominant team of these times with a German driver battling for the world championship and four-time champion Sebastien Vettel continuing as a major figure in F1 with Ferrari. Yet the interest in F1 in Germany and Austria appears to be on the wane. "

Why do #F1 echo-journalists report what the utter no-mark Villeneuve says?

Here’s Charlie’s view on whether the FIA should respond to complaints over Verstappen’s defending at Spa.

The present one-move rule should had been scrapped the second DRS was adopted because it put one driver at a severe disadvantage to protect his position. Like I told others, while dangerous, Verstappen’s move was legal. Others had done it in the past.

Of all the things ‘borrowed’ from IndyCar by F1, I don’t think they would accept their definition of blocking and defending. Just watch this past weekend’s race (last ten laps) from Texas and see high speed defensive driving at its most intense.
Charliex (@Photogcw)

Ex-F1 racer Bobby Rahal won the IndyCar Mid-Ohio 200 on this day 30 years ago.

76 comments on “F1 would suffer from losing Alonso – Hamilton”