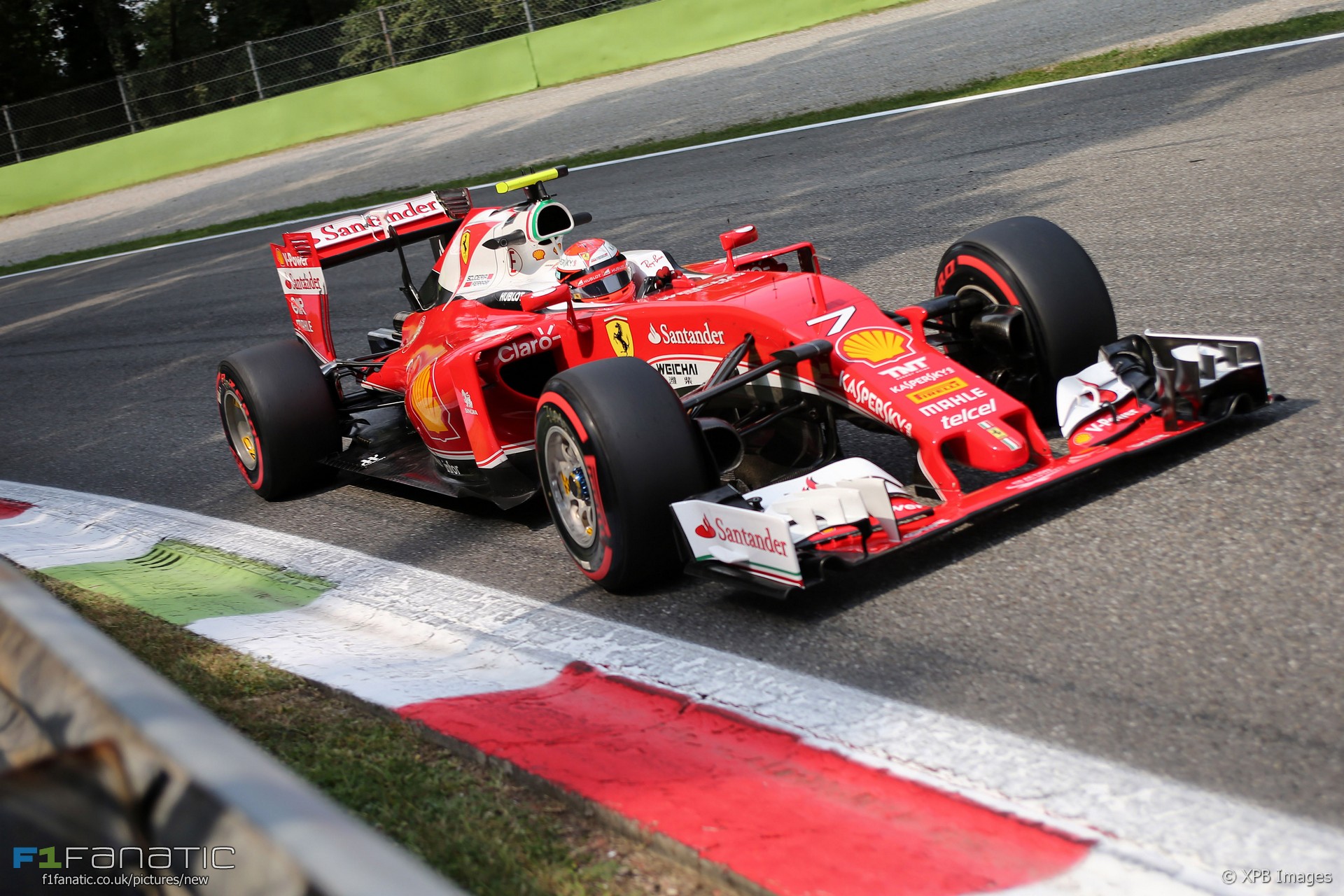 Having fallen behind Red Bull in outright pace in recent races, the long straights of Monza saw Ferrari out-pace their closest championship rivals on Friday. And they may be closer to Mercedes tomorrow.

Ferrari used the Friday practice session to introduce an upgrade to their power unit which, though modest, will help them in their pursuit of Mercedes. The red cars have tended to show their hand on Saturdays this year, particularly during their final runs in Q3, so qualifying could be closer than expected.

But merely being able to lock out the second row of the grid behind Mercedes for the race could be an excellent place for the fast-starting Ferraris to mount an attack.

Red Bull expected their Italian rivals to be ahead of them at a track which rewards power over handling and grip. “I would like to be closer to Ferrari,” Daniel Ricciardo conceded, “but we didn’t really find the times on the super-softs, though the softs felt competitive.”

“I think tomorrow it will tighten up at the top even more. I expect Mercedes to lock out the front row and Ferrari look like the next best.”

Despite hot track temperatures which nudged 46C the Mercedes drivers kept their super-soft tyres going for 15-lap stints having already done four-lap qualifying runs on them. The prospects look good, then, that even if the front runners start on these faster tyres they will still be able to make the usual Monza one-stop strategy work.

The predominance of engine power over chassis performance may lead to some differences in the front half of the grid. Haas also have Ferrari’s engine upgrade and Romain Grosjean described the VF-16 as “a very good car for Monza” after posting the ninth-quickest time today.

Manor looking good for an appearance in Q2 and perhaps even Q3 – all eight Mercedes-powered cars started in the top ten last year. However McLaren suspect they’re in with a chance too – a sign of the progress they and Honda have made.

“It could be possible to get into Q3 tomorrow,” said Jenson Button, “we didn’t do anything different today to what we normally do on a Friday, so it’s definitely possible”.

8 comments on “Ferrari back ahead of Red Bull at home”