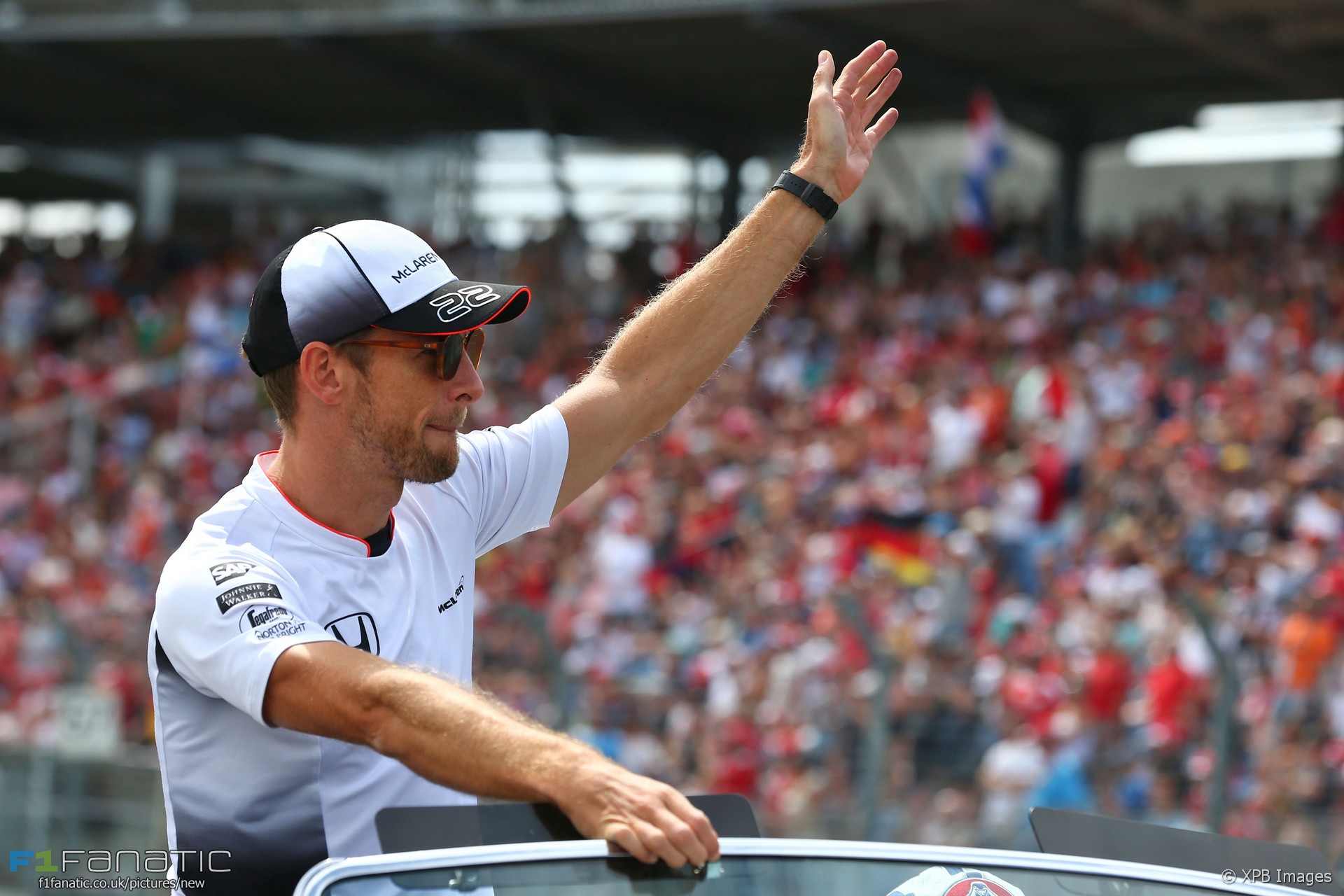 In the round-up: Jenson Button says it is possible for him to race in 2017 outside Formula One.

Jenson Button: I just need a rest from F1 (ESPN)

"There is a possibility of me racing next year but at the moment I am not thinking about anything over the firstly the end of this year."

"Jenson Button had offers from other Formula 1 teams before deciding to take a role as an ambassador and reserve at McLaren, according to Ron Dennis."

"Jenson's been an extraordinary British champion. I remember watching him when he first got to Formula One on a weekend with my dad, eating bacon sarnies, watching Jenson doing what I was dreaming to do."

"Not everything was written down on one website what I said. To be clear, I said that it was disrespectful to the families to talk about deaths."

"The departure of open-wheel racing didn't sit well with track president Michael Printup, a devotee of Formula One, and when Boston organizers pulled out of their deal in May, IndyCar and WGI worked out a deal to move the race to upstate New York's Finger Lakes region."

Happy to see a driver making it to F1 on Talent and nothing else. Good luck my friend @svandoorne

McLaren should do what they did in 1974 next season: run a third #F1 car backed by Yardley, so they can keep Button AND promote Vandoorne

Maximum respect to Jenson. But Vandoorne more than deserves to be on the grid. #f1

Along the way, though, @JensonButton's always been a great bloke. Not disappeared up his own arse, like some.

@Leongtv6 on Jenson Button’s decision to step aside:

Jenson Button, a true gentleman on and off the track. Glad to see McLaren offer him a contract before season ends, unlike the previous two years, in which they treated him a bit disrespectfully.

Button has shown great commitment to Mclaren, equal to that Hakkinen showed. Very happy for Vandoorne also. I hope he has to show something more special than his predecessor.
@Leongtv6

The last victory for an Italian driver in a Ferrari at the Italian Grand Prix occurred 50 years ago today. Ludovico Scarfiotti led team mate Mike Parkes in a one-two at Monza, followed by Denny Hulme’s Brabham.

44 comments on “‘Possibility’ for Button to race elsewhere in 2017”